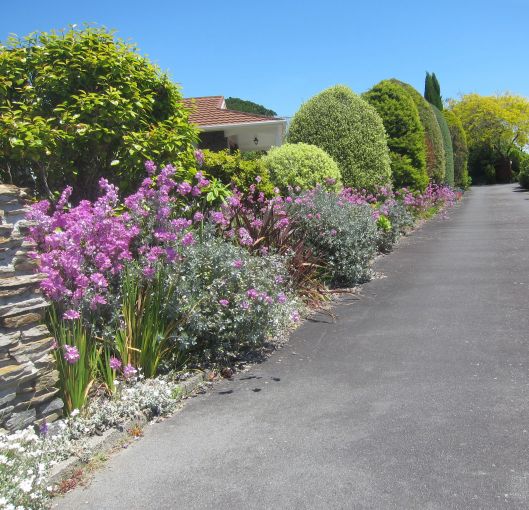 It has been such a depressing week following the awful Islamist terrorist attacks in Paris, and the daily news of further such plots which, so far, have been foiled.  Despite that, it is impossible to avoid a feeling of foreboding that there are more attacks to come; security forces can only watch so many suspects.

Here in New Zealand we are lucky to have been free of such problems and let’s hope that remains the case.  The above is a scene along our driveway which contains several flowering plants to remind that we can escape in both body and spirit from bleakness.