Readers of the Kapiti Independent News, which Roger was a part of till late last year when he parted ways with Alan Tristram and joined our collaborators, will remember the ‘Food for Thought’ pieces. 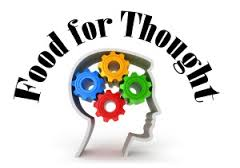 Are we becoming a country where at an event or function, if in doubt, do a haka? We are familiar with the All Blacks performing a vigorous haka before test matches with belligerent gestures and chanting befitting a war dance. Most Kiwis would probably see these as appropriate.

However, at the Hikoi of Poisoned Nation last year it was out of place. Every hour or so at the gathering in parliament grounds there would be a haka. I struggled to see the relevance of war dances at a campaign meeting to stop poisoning our land and end the killing of birds, animals, fish and insects with 1080.

Back in the early 19th century, haka were frequently performed before battles – a prelude to the killing fields. But are haka appropriate to remember the Christchurch mosque tragedies? Vigils, candles, flowers, message boards and quiet contemplation have all had their place and sent the right messages. But now our mayor, and his counterpart in Porirua, are promoting schools doing hakas on Friday, a week after the killings in Christchurch. Surely war dances are not appropriate to pay tribute to the Muslim dead and wounded?

What did the Chiefs and Hurricanes do before their match last Friday evening? They stood in a circle shoulder to shoulder and observed a minute’s silence. That was highly appropriate and was repeated at sports fixtures around the nation and the world. The students would do well to follow that example.