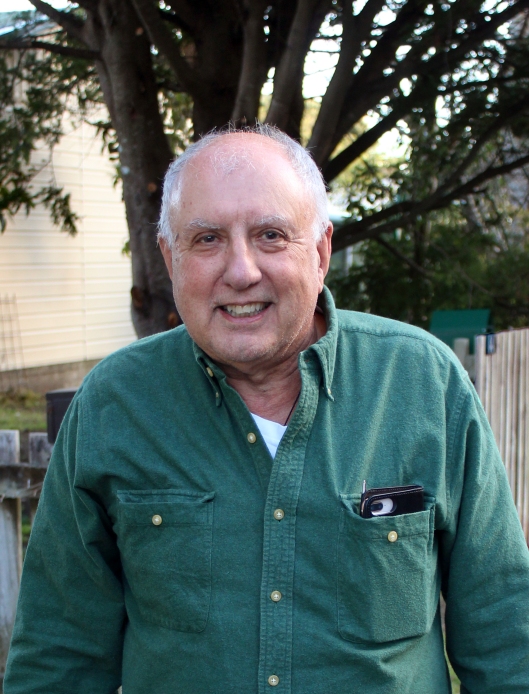 We had afternoon tea with David on Monday, and for those who lived in Wellington in the 1970s, it was a little trip down memory lane.

David was elected to the Wellington City Council in 1971 at the age of 26 and the following year contested the Wellington Central parliamentary seat for the Labour Party.  He came very close to winning it — on election night he was ahead, but the National Party’s Ken Comber pulled 27 votes ahead after special votes were counted.

David was reelected to the Wellington City Council in 1974 (the same year that Michael Fowler defeated long lime incumbent Frank Kitts for the Mayoralty) and tried once more to become Wellington Central MP in 1975, but in the Muldoon tidal wave, Ken Comber pulled further ahead.  By 1977, David decided it was time for the big OE, which in his case lasted 30 years — Australia, Paris and Washington D.C.  Needless to say, he has a good insight into American politics.

He remains a Labour Party member, but this time is running as an Independent for a seat on C&CDHB, the terrority of which is Wellington and Porirua Cities and most of Kapiti, with the exception of Te Horo and Otaki.  David says he needs to attend candidate meetings from Island Bay to Waikanae.

One thing you realise is that at the local level in NZ, political ideology doesn’t really matter much — the boards and councils exist by legislation which determines what they can and can’t do — and for their elected members it’s a matter of trying to ensure that they are run well: money spent needs to have maximum benefit for those who they are there to provide services for — not create empires for administrators and bureaucrats.

David says he is running for the Capital and Coast DHB because of his concerns about the deteriorating public health system, particularly:

“Good DHB governance through sound planning, prioritisation, contracting with external providers, rigorous monitoring of financial and service performance, and the Board holding senior management accountable, is key to improving performance,” he says.

He has an impressive CV when it comes to being able to deal with what is a major challenge with this institution: His experience includes seven years as Financial Management Advisor at the World Bank and in NZ since his return he has been Chair of the Tertiary Education Commission, a director of Meridian Energy and a board member of the Auckland City Mission.

Kapiti needs a local resident on the C&CDHB and this time it has a candidate with plenty of top level experience.  He also admires the work that Iride McCloy of our team has done with the Kapiti Health Action Group.