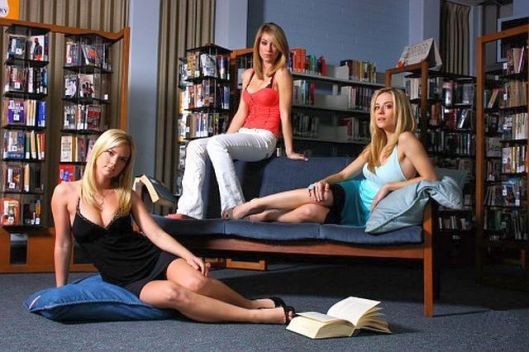 “We hope we’re going to get new councilors who are going to give us a proper library in Waikanae instead of having to go to Paraparaumu.”

A media release from ROBB (restore our books budget) follows. The old Raumati Pool building has been made watertight. Peter Cresswell, the Lions Club book man, says there had been a number of leaks in the roof and most have been fixed. The Lions bookfair books are all perfectly healthy. However, there has been no restoration of the pool. KCDC obtained a quote for filling in the pool — $120,000 — and decided it was too much.

KCDC is spending $32,100 a year storing 20,000 books from the Waikanae library. The library action group, ROBB, has confirmed that the old swimming pool at Raumati, still owned by KCDC, has ample room to store 50,000 books. The whole pool is empty.

The Lions Club has used the former Raumati Pool building for the past 3 years for storing over 100,000 books. They have confirmed there is loads of space. Councillor Buswell has advised the building has been fully repaired, so the space is fully suitable for storage.

“Our councillors should ensure such waste of public money does not occur. $32,100 represents rates paid by 12 households down the gurgler. Where is the accountability? ROBB is fighting this absurd waste,” spokesperson Helen Tristram said.

It has already been suggested to council that the books be displayed in the existing libraries. However, if staff are unwilling to do this then there is free council owned storage space available.