One of the most powerful films yet seen about the country’s colonial foundation and the cruelties that were an indelible part of it. –Sandra Hall, Sydney Morning Herald 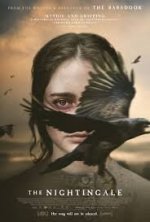 Back in 2009 the movie Van Diemen’s Land delved into Tasmania’s colonial past with a grim story based on actual events. A group of convicts escape from the remote Sarah’s Island settlement on the west coast and attempt the tough crossing back to Hobart. When they run out of food, they turned on each other and the inevitable cannibalism occurs.

That film was not for the faint-hearted and neither is The Nightingale, which contains graphic violence against men, women and children, both white and black, involving assaults, murders and rapes. It is set in 1825 and is a story of hardship, brutality, endurance, revenge, and, ultimately understanding and redemption. 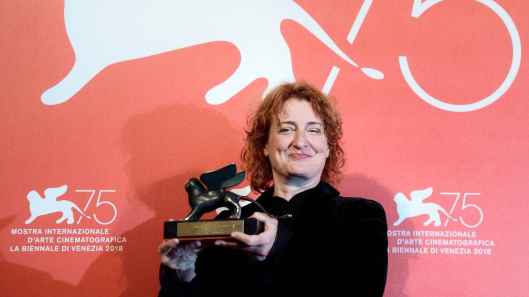 It has created a stir on the Film Festival circuit, and director and scriptwriter Jennifer Kent, has earned high praise for not flinching from recounting an absorbing story about the cruelties and realities of Australia’s convict past. However, some cinema-goers have been appalled at the murders and rapes, and walked out. This violence is not easy viewing, but as much of it occurs in the first quarter it is worth enduring to get to the main element of the story — the tension of the hunters and the hunted trekking through the Van Diemens Land wilderness. 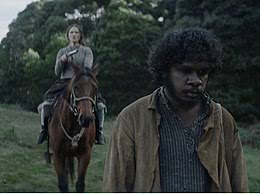 Clare is a young Irish convict woman who has been given permission by her “supervisor” — Lieutenant Hawkins — to marry and have a child.  Early on she sings to a group of colonial soldiers and this gives the film its somewhat unlikely title. But Hawkins is a self-centred, arrogant and abusive master and with two of his soldiers commits shocking acts of violence against the family.

The unrepentant lieutenant then sets off on the long journey through the dense Tasmanian wilderness to take up a promotion in Launceston on the north coast. Clare is bent on revenge and with the help of the reluctant Aboriginal tracker, Billy, sets off in pursuit.

The pleasure of this movie is slowly watching Clare (Aisling Franciosi) and Billy (Baykali Ganambarr) find their common ground, and Jennifer Kent doesn’t make it easy for either of them in any step of the way. –Amy Nicholson Film Week, Los Angeles.

Billy, like Clare has had a traumatic past and lost family members, however in their evolving relationship this common ground ultimately leads to a growing empathy and loyalty, set against the rugged Tasmanian landscape. 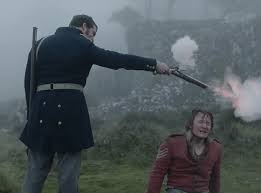 The Nightingale is a very impressive achievement and does not shy away from the brutality of the time. The acting is first rate and the two leads are excellent. Also Sam Claflin does superbly as the imperious, narcissistic and ruthless Howard – a man who has no redeeming features.

The cinematography does justice to the dense forests and varied landscapes of what was then Van Diemen’s Land, and there is a very convincing reconstruction of early 19th century, colonial Launceston. Another impressive feature is the evocation of the much abused Aboriginal culture with its fascinating, spiritual elements, and traditional survival skills in tracking and living off the land.

Jennifer Kent is to be congratulated on a brave and uncompromising film about a period of history many Australians would like to forget.

This is presently screening at the Shoreline.

1 thought on “movie review — ‘The Nightingale’”