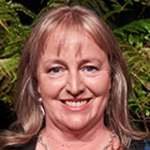 Janet Holborow, longtime KCDC Councillor, has scored spot number 72 on the Labour MP’s Candidate list. On current polling figures she could get a Parliamentary seat. She is in her 13th year as a councillor. It can be seen as a just reward for local body representation well done. At least, according to the Labour Party.

During her time as councillor Kapiti has seen the highest rate rises of any Council in NZ in 7 of the last 12 years. Furthermore, KCDC has just been ranked as Number 1 in bureaucratic costs as a percentage of total expenditure: 34.7%.

Examining her record, what can we expect from our Parliamentarian designate? Councillor Holborow has voted for all the expensive projects undertaken by KCDC. These include the Aquatic Centre — a project which ballooned in cost from $5 million to $22 million, and now requiries a subsidy of $14 per swimmer.

A District Plan review, a former Chief Judge of the Environment Court said, was unworkable. Despite such quality advice, Holborow supported the proposed plan all the way. Ratepayers were told it would cost $2 million.  It has actually cost ratepayers effectively over $15 million.

As a Councillor she voted to cut the library budget. Traditionally, Labour has supported the concept of making books available to those who cannot afford them. However, it appears access to information and knowledge by the poor is not a priority for either this candidate or her Party.

Currently, Councillor Holborow is enthusiastically supporting the Kapiti Island Gateway project. KCDC’s application for approval states the project contravenes the rules because it is creating a commercial space on existing Reserve land. The beneficiaries of the project — the Department of Conservation and the owners of one ferry company will not pay a cent. It will increase KCDC debt by $2.3 million and require ratepayers subsidizing costs by $300,000 annually within 3 years. In the meantime there is no proper Waikanae library. The Community Centre (between the Council HQ and the Aquatic Centre) is closed due to leaky building syndrome and the memorial hall is unfit for purpose.

It is reassuring to know that people who have displayed such outstanding competencies are appropriately rewarded by the Labour Party and their leader. The Dominion Post article says “Labour’s list is decided on by the party’s moderating committee. The leader of the parliamentary party, currently Prime Minister Jacinda Ardern, has a strong say in the ranking.” Congratulations to Cr Holborow at least for being so esteemed by the PM.

3 thoughts on “the Queen of Rates Increases into Parliament?”