Media release from the Taxpayers Union: 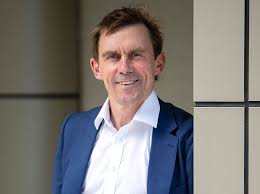 Responding to reports that Andy Foster has engaged a lawyer to threaten Wellington City councilors, the New Zealand Taxpayers’ Union says the move is undemocratic.

Taxpayers’ Union spokesman Louis Houlbrooke says, “Unlike appointed public servants and members of the judiciary, councillors aren’t – and shouldn’t be – politically neutral. They’re elected because of their views and democracy can’t function without the voting public understanding what those views are.”

“How can residents cast an informed vote in 2022 if candidates’ concerns during the present term can’t be expressed publicly? Additionally, silencing dissenting voices undermines ongoing public engagement on the issue at hand, the fate of Wellington’s public library. That issue is projected to cost ratepayers $200 million (over $2,500 per household). Accountability on this matter couldn’t be more important.”

“The fact ratepayers are covering Andy Foster’s legal costs only makes things worse. It seems unlikely that Mr Foster, the local government ‘Jonesie’ award winner for 2020, considered what ratepayers would think about ponying up for his suppression tactics.”

This is a problem in Kapiti too, although here the Mayor has so far confined himself to demeaning his elected opponents by various means, including referring to them as “neo-colonialists,” “racists” or “naysayers”. –Eds