Legislation introduced to defend freedom of expression at universities

On Thursday afternoon, a Member’s Bill was introduced to Parliament which requires tertiary education providers to protect freedom of expression. The Education (Freedom of Expression) Amendment Bill is under the name of ACT MP, Dr James McDowall.

The best defence against attacks on free speech is a strong culture that celebrates and values open debate and tolerance. Universities should be at the forefront but instead have become the centres for ‘deplatforming’ and cancel culture. That’s why we’ll be supporting this stronger legal mandate.

As we’ve seen, tertiary providers have been controlling what viewpoints are acceptable on campuses under the guise of ‘Health and Safety (Massey University, in particular!). This Bill would prohibit University Vice Chanellor using ‘mental wellbeing’ or ‘health and safety’ as excuses to shut down debate.

We’ll be encouraging all MPs to support it, and will make it easy for you to do likewise once it reaches Select Committee. You can read the Bill here and our comments to the media welcoming it here. 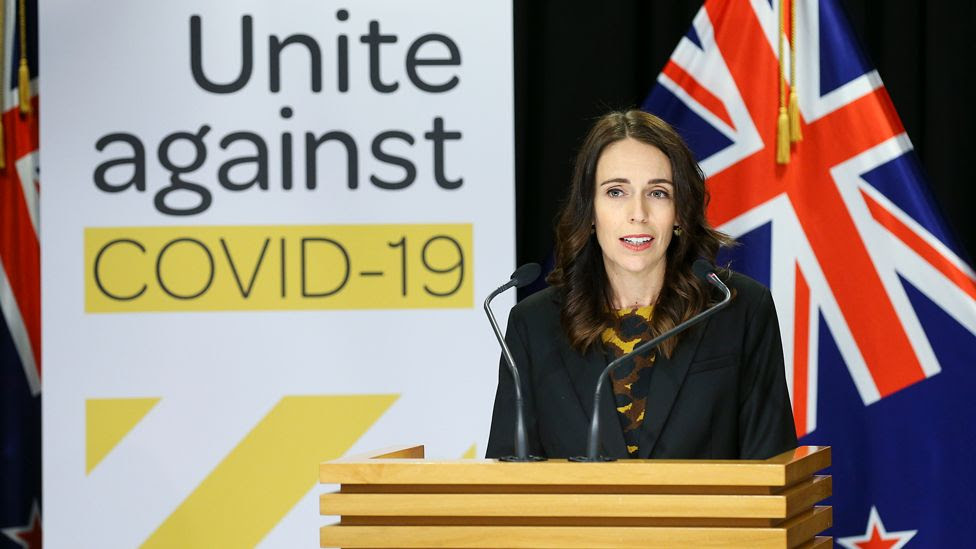 We often receive enquiries about where the Free Speech Union stand on mandatory ‘vaccinations’ and whether we would defend the employment of people who refuse to get vaccinated.

There are strong views among our supporters on both sides of the debate. Questions about covid ‘misinformation’ and restrictions are among the most difficult we face right now.

I’ll start with this though: it is very frustrating that the Council for Civil Liberties are so lacklustre when it comes to, well, standing up for civil liberties. They never come to the defence of free speech, and on matters of civil liberties when it comes to covid, they appear to be equally as lightweight. If you share my concerns about this, I’d encourage you to join the Council and attend their AGM (via zoom) on 4 November.

Should we fill the void and step into the general civil liberties space?

In short, no. Fundamentally we are a free speech union. If we let mission creep take from our key cause we will lose supporters who join and support us for free speech as the foundation of every other liberty.

Nevertheless, we have released a Position Paper on Free Speech and Cv-19 Response Restrictions. The whole paper is copied at the end of this email.

We think that restrictions on what people can say about vaccines, lockdowns, or Covid policy is likely to be counterproductive and harm, not help, efforts to get people jabbed. This Paper was drafted by the Union Council to set out our position in this thorny area.

‘As impatient as we may be during a crisis, the price of staying an open society is being ready and willing to challenge ill-informed positions with better information. The relative few on the fringe will be bolstered by suppression, viewing it as validating their mission. Rather than shielding a poor idea (or a good idea) from scrutiny with censorship, a citizenship responsibility is to endure expression of ideas we detest, because that is part of the golden rule.’

Free Speech Union meet with NZME re Speak Up for Women

You’ll recall we recently asked our supporters to email the editor of the NZ Herald, and the publisher, NZME, relating to their decision to pull lawful advertising by the feminist group, Speak Up for Women.

We can report that thousands of emails were sent – with the message loud and clear: we don’t want our largest newspaper publisher deciding what views advertisers are allowed (or not allowed) to express when it comes to proposed laws before Parliament.

Following the campaign, law week we met with NZME General Counsel, the Herald’s Managing Editor, and the CEO of NZME. We went into the meeting hoping to have a constructive conversation and carve out a path forward after thousands of you stood with us, expressing dismay after they backtracked on the approved ad due to fear of online criticism.

They insisted that they put many hours into trying to “improve” Speak Up for Women’s advertisement, to achieve SUFW objectives without it being inflammatory, “to an important section of their community”. They said they had tried to negotiate to remove the ‘sensitive’ and ‘inflammatory’ part of the ad (which was the definition of a woman).

To remind you of the inflammatory content we’re dealing with here, here’s the ad when it was published in the Otago Daily Times a few days prior to NZME reneging on its publication:

We wish we could report the meeting went well. But sadly while they say they stand up for freedom of speech, and are willing to weather controversy in the future, their actions don’t match the assurances.

We understand the matter will feature as an agenda item at NZME’s next board meeting, where the Board will discuss the merits of their stance on free speech as it relates to their advertising and commercial interests.

We have written to the Board outlining our account of the meeting to ensure that the conversation is as constructive as possible. You can read the letter/account on our website.

Next steps: holding NZME to account: do you have shares?

By turning down advertising/advertisers because management wants to avoid criticism from online thought police campaigners, we think NZME are acting against their own (and their shareholders’) interests. 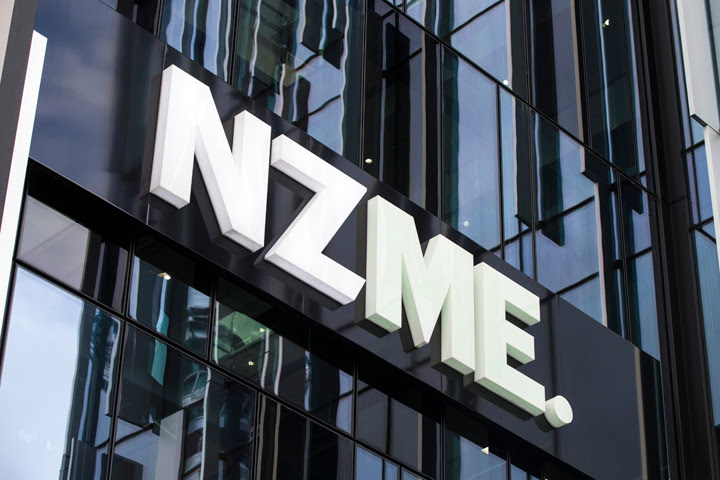 One of the most effective pressure groups in recent decades has been the New Zealand Shareholders’ Association. Its executive and members were willing to attend company AGMs and quiz boards of directors to further their cause.

That’s why we plan to pull a group of shareholders together to attend NZME’s AGM in April and ask its company directors questions about why they are turning down commercial advertising which the Advertising Standards Authority has found perfectly acceptable?

If you own shares in NZME (or are willing to purchase some – even just a small number) please let us know by return.

Nothing makes company directors sit up more than having to be grilled about decisions by shareholders in front of business media. Let’s turn that to our advantage and ensure NZME sticks to the proud traditions of media companies by sticking up for free speech.

On Thursday, Dr Paul Moon, Dr David Cumin and I sat down with Cambridge Professor, Robert Tombs, for a live discussion on our Facebook page regarding free speech at universities and the freedom of academic inquiry.

Professor Tombs is Professor Emeritus of French History at the University of Cambridge and a fellow of St John’s College. He is a founder of History Reclaimed, an “independent group of scholars with a wide range of opinions on many subjects, but with the conviction that history requires careful interpretation”.

In their own words, History Reclaimed formed because:

“The abuse of history for political purposes is as old as history itself. In recent years, we have seen campaigns to rewrite the history of several democratic nations in a way that undermines their solidarity as communities, their sense of achievement, even their very legitimacy. History has become one of the major battlegrounds in the culture wars that are causing anger and alarm across the democratic world. They are particularly virulent in North America, Australasia and Britain.”

We discussed how best to navigate the minefields of contentious speech in academics, the health of free speech within our universities and the challenge of critical theory, and what makes it is so dangerous for the advancement of fact-based research.

Universities are the breeding ground in many ways of much of the censorious activism we see in our communities. The Free Speech Union is continuing to build inroads with academics and in universities across the country. If you know of an academic or university student who would be interested in our work, make sure they sign up to receive our updates.

Dave Chappelle controversy — Why is comedy so often in the crosshairs?

Dave Chapelle’s latest comedy special ‘The Closer’ has caused near-non stop controversy for Netflix since its release on 5 October. Several Netflix employees were suspended after they burst into an executive meeting uninvited, to demand the special not air on the streaming platform due to Chapelle’s purported “hate speech” towards the LGBT community.

Dane Giraud, a member of the Union Council and comedy writer, penned a blog piece about the reaction to the special: ‘Why Comedy is so often in the Crosshairs’.

By communicating this, Chappelle proves (as if there was ever real doubt) that the funniest people in the room are also more often the smartest. And it’s this penetrating insight, this truth, and the balls to come out and say it, that makes comedy so dangerous to anyone who holds to an orthodoxy.

Free Speech doesn’t just protect disagreeable speech — by allowing for it, it actively encourages it. This is precisely so that orthodoxies will always be under attack, never safe, constantly made vulnerable.

Received wisdom, no matter how good the intention, represents the end of progress. Comedy represents the earthquakes under institutionalized thinking and does us the crucial service of turning to rumble anything that cannot pass the stress test.

In the special, Chappelle said “Gender is a Fact” and declares that he is on “Team TERF”.

Netflix’s CEO Ted Sarandos was praised and condemned from different corners for holding the line. In the memo to employees, Sarandos said; “Chappelle is one of the most popular stand-up comedians today, and we have a long-standing deal with him,” the memo continued. “As with our other talent, we work hard to support their creative freedom—even though this means there will always be content on Netflix some people believe is harmful, like Cuties, 365 Days, 13 Reasons Why or My Unorthodox Life.”

Are corporations finally starting to stand up and say no to the demands of a select few who demand censorship of anything they don’t like? Hopefully. Either way, we’ll keep calling them to stand for tolerance of opinion and freedom of speech.

Jonathan is the author of eight books, including Kindly Inquisitors: The New Attacks on Free Thought (a favourite of some of our Council members) which seems to become only more and more relevant, two decades after its first print.

Jonathan brought an incredibly powerful defence of why free speech is essential to the pursuit of truth, and from feedback from our Members, this was our best SpeakEasy so far.

We also discuss misinformation and social media, why free speech must be defended over and over again by every generation and why Jonathan remains hopeful about the future.

The episode is available for listening online here. The Free Speech Union podcast is also available on Spotify, Apple Podcasts, and wherever else good podcasts are found!

Disrupted times means we need to stand together

Our freedom of speech isn’t a natural possession. It’s a gift we’ve inherited from previous generations who’ve fought for it. It’d be nice if that battle was over, but unfortunately it isn’t. Our efforts rely on the goodwill of our supporters like you. Click here to make a secure and confidential donation to back the Free Speech Union’s work.