If you get a letter from a business organisation that you’re a customer of advising that you are getting an “upgrade” that you haven’t asked for, you know that it’s going to be bad news, particularly if it’s accompanied by the word “exciting.”

Last year Vodafone announced with very short notice that it was abandoning its e-mail servers and telling people to go elsewhere — not to their direct NZ competition of course, but to Google or Microsoft.

They promised customers that e-mails sent to the old addresses would be automatically forwarded to your new Google or Microsoft one.  But that hasn’t been happening; with us it’s been about 1 in 6 by our estimates: the rest have disappeared into Vodafone’s black hole.

Soon it’s going to be an abandonment of the copper wire telephone network — this has already been happening in Wellington.

Basically, the phone jacks you have won’t work any more and you’ll need to plug your landline phone into the back of your Wifi modem; but that may not be suitable or just may not work, from what we’ve seen.  In this case Vodafone will send you a new digital cordless phone pair which will work. You’ll also need a new set-up for things like voicemail; your old saved messages won’t be there any more, so they’ll send you a CD or USB stick containing ones you particularly want to keep.

Most annoyingly of all, if you have a monitored security system, you need to get a new cellular-based system independent of the broadband installed which will cost about $700.

If the power goes off, will your phone still ring? No.  You’ll need to rely on your cellphone.

Questions and problems can be directed to a help call centre, but the call answering people sound to be based in the Philipines — good luck with that.

Taking to experts in the industry, it seems that all this is simply a consequence of Vodafone not wanting to train new technical personnel in the copper wire system, and it’s cheaper to abandon it completely.  The same is probably true of their competitors.

Will your telco bill come down as a result of all this?  Haha. 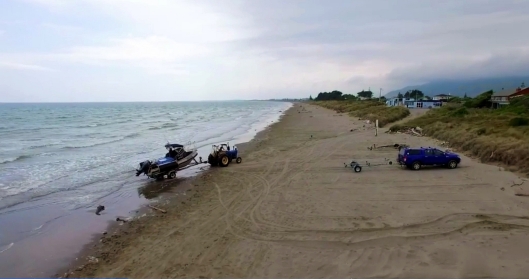 Nearly everyone in Waikanae will recognise the first location. The episode of Country Calendar screened last night featured Scott and Maaike McNeill of Waikanae Beach operating their Awatoru Wild Foods business which supplies both local and Wellington cafés with fish.  The fishing is long line up to 12 miles from the coast and environmentally sustainable.

As well as fish, on weekends Scott and a mate, the chef at Wellington’s Bolton Hotel, go out wild deer hunting in the Tararua hill country for venison.

The living hasn’t always been easy, but it’s what they love.

The episode is viewable on TVNZ On Demand here

According to the KCDC: “The Waikanae Park hill track will be closed from Monday 30 April to Friday 4 May to allow us to complete maintenance work. This work involves heavy machinery, so we’ll be putting signage around the track informing people not to enter the track for safety reasons.”

Not mentioned is the nature of the “maintenance work.” We suspect it is the tree felling announced by Transpower at the WCB meeting last November, see this post.

Dedicated members of the Parawai Tramping Club came to the rescue last month with a working bee to clean down and paint Parawai Lodge in Tararua Forest Park.

We suggest that the problem is more a case of difficult senior public bureaucrats who abuse the Official Information Act and its local government counterpart the LGMOI Act: the Ombudsman has been called to investigate multiple cases of that in Kapiti and, as observed, ever more council business is conducted in secret sessions.  The meeting last Thursday was in open session for only an hour: that was followed by a few hours in secret talking about land and asset sales.

Media freedom thrives in New Zealand but is not entirely exempt from pressure, especially economic pressure. Media pluralism and independence are constantly under threat from moves to concentrate media ownership in ever fewer hands. In May 2017, the Commerce Commission rejected the proposed merger of the country’s two biggest media groups, NZME and Fairfax. There is also political pressure. The media continue to demand changes to the Official Information Act, which obstructs the work of journalists by allowing government agencies a long time to respond to information requests and even makes journalists pay several hundred dollars for the information. The new government led by Jacinda Ardern plans to reinforce the law protecting whistleblowers. At the same time, the suit that the new deputy prime minister brought against two journalists over a leak during the election campaign posed a threat to the confidentiality of their sources.

Here is an article from 2007, and the drops continue, in spite of the clear scientific evidence it is not beneficial to our ecosystem. “We have audited Department of Conservation scientific research and produced an 88-page monograph reviewing more than 100 scientific papers. The results are startling and belie most of the department’s claims. First, […]

Critics of the proposal for a water reservoir dam (at the Lower Maungakotukutuku site for which the council spent a net $1.8 million buying land in 2012, before deciding to go with the borefields and River Recharge instead) base most of their opposition on its alleged cost — estimated by the GWRC in 2010 at about $27 million. However, an opportunity it could provide is for the district’s own hydro-power generation.

When the subject of hydropower dams is mentioned, for many it brings to mind massive examples such as those on the Clutha, Roxburgh and Waitaki Rivers; but they don’t need to be that big to have economic benefit.

Arnold Hydroelectric Power Station is sited on the Arnold River and is fed by Lake Brunner, in the South Island of New Zealand. The station was commissioned in 1932 and has an average annual generation output of 25 GWh. A new Trustpower project called the Arnold Valley Hydroelectric Power Scheme is being developed behind Dobson township, with a projected output of 46 MW.

Arnold Station is in a region of high rainfall — it generates at high capacity all year, without need to control the level of Lake Brunner. A dam across the Arnold River maintains the water levels to power the station’s turbines.

Kapiti is also an area of high rainfall, except during the summer months (although that wasn’t true over the 2016-2017 summer).

A future, more enlightened council than the one we have should look at a partnership with a power generation company; providing both local water supply and power. 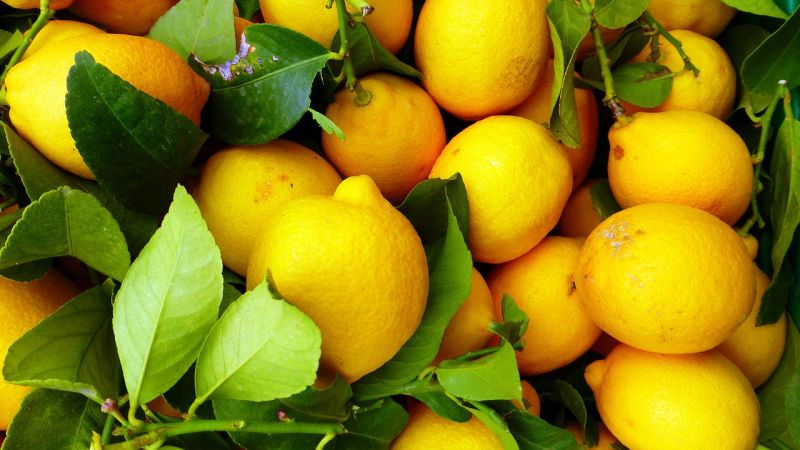 There was a time we all had lemon trees in our back yards, our parents/grandparents did. I think they were far healthier, mind you no or less toxic sprays and less processed food back then. Time to get the citrus trees growing again. (NaturalHealth365) Lemon is a tasty addition to foods and beverages and also […]

via The anticancer benefits of lemon — Rangitikei Enviromental Health Watch