Guy Burns, Deputy Chair of the Paraparaumu Raumati Community Board says he is concerned that Kapiti Coast District Council has doubled its number of Public Relations staff in the last 5 years. (https://www.rnz.co.nz/news/in-depth/399918/councils-public-relations-spending-jumps-latest-figures-show)

“Public Relations staff are perceived as spin-doctors whose job is to manipulate public opinion away from the cold truth of reality. They can be a barrier between the public’s access to truth and transparency.

“We have had and have rapidly rising rates, sky rocketing staff numbers and an appalling high debt burden. The very fact that our Council has doubled its number of PR staff, in a short time, is extremely worrying. The KCDC should be improving its website access to Council documents so people can form their own opinions on the information available; rather than relying on spin-doctor’s manipulation of the facts.” 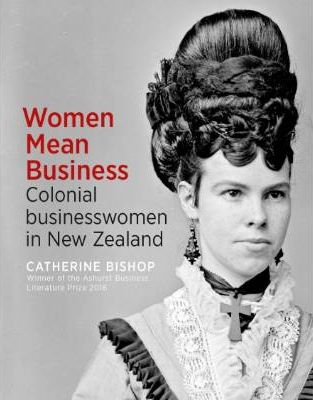 Catherine Bishop is a Sydney-based historian who researches Australian, New Zealand and international history, with a particular focus on women.

She has a postdoctoral fellowship at Macquarie University (2019-2021) for her project ‘A History of Australian Businesswomen Since 1880’, funded by an Australian Research Council Discovery Early Career Researcher Award. In 2019 she was also a Visiting Fellow at Northumbria University (March – June) in the UK.

She received a PhD from the Australian National University in 2012 and is now a Kathleen Fitzpatrick Junior Research Fellow at the University of Sydney. She has published a number of articles and her first book, Minding Her Own Business: Colonial Businesswomen in Sydney (NewSouth 2015), won the 2016 Ashurst Business Literature Prize. Her second book Women Mean Business: Colonial Businesswomen in New Zealand has been published in 2019 by Otago University Press. 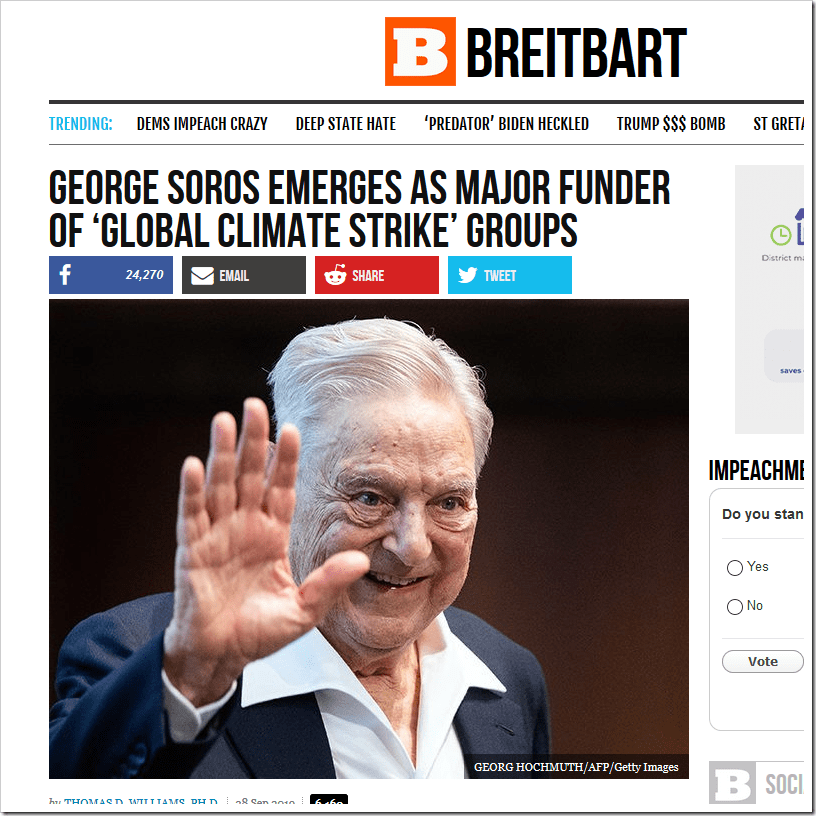 Originally posted on NOT A LOT OF PEOPLE KNOW THAT: By Paul Homewood. Breitbart bring news of an investigation by MRC Business into the funding of the Global Climate Strike campaign:  George Soros financed radical environmental groups partnering in this week’s “Global Climate Strike” to the tune of nearly $25 million, according…

With spring arrived, ants are about to start infesting homes and gardens as they emerge from hibernation says Trevor Daniell, President of Raumati South Resident’s Association.

“The weekend of 19 & 20 October is an ant baiting weekend. Locals should start talking with their neighbours and planning group baiting of their properties during this weekend and into the future. The more people who bait together, the more it is effective controlling ants.”

The ant population can be controlled as Geoff Rayner of Raumati South has found out. Two and a half years ago, Geoff’s property was so heavily infested with Argentine Ants that he had to abandon his beehives and chickens. But now he and his immediate neighbours in Dell Rd are virtually ant free, and he has new hens and bees, which are thriving.

‘I used the Vanquish-Pro bait being recommended by the local Resident’s Association’ says Geoff. ‘It may seem expensive, but I have only used two cartridges in the last two and a half years and that includes baiting round my house and the houses and boundaries of both my neighbours. I store the leftover bait in my fridge, tightly sealed, and use this whenever I see ant movement; at any time of the year. They will return over time, but always in smaller and smaller numbers’.

Trevor says, “Vanquish-Pro is available on line from www.flybusters.co.nz/shop for $70. Courier is free for two or more cartridges so talk to your neighbours. Alternatively go to Facebook @kapiticoastants and join the Raumati South Ant Management Group for general information about ant baiting as well as instructions on how to make up your own borax based bait stations. Borax baits are also available ready made from The Shed Project in Tongariro St, Paraparaumu: $12 for a carton of 36.”

The Raumati South Resident’s Association is currently trialing a new bait which has been used successfully to knock back the Argentine ant in Gisborne. Hopefully this will be available next year.

Although ‘sustainable’ has been a buzzword for at least two decades, in all the attention given to the challenges that the planet faces, little if any gets given to the question of whether population growth of individual countries and the world as a whole is sustainable.  It seems that while it is fine to talk about increasing numbers of farm animals for food source and clothing as a problem, talking about an excessive number of people is taboo.

When I was 18 in 1975 coming up to my first opportunity to vote in a general election, I read all the main political party manifestos. The one which made the most impact then and since was one by the Values Party entitled Beyond Tomorrow which examined the issue of population growth, specifically.  The manifesto had two prime literary motivators: Future Shock by Alvin Tofler from 1970 which argued the accelerated rate of technological and social change leaves people disconnected and suffering from “shattering stress and disorientation”—future shocked; and Small is Beautiful by E.F. Schumacher from 1973 which championed the concept of small, appropriate technologies that empower people more, in contrast to the notion of “bigger is better”.  The most radical concept put forward, however, was zero population growth — not necessarily from what NZ’s population was then, but at the point the optimum is reached.

In 1975 the NZ population was a bit over 3 million, now it is close to 5 million.  That must be about the optimum; if it’s not, then what is?

Ever more people means a need for more housing, more infrastructure and a bigger economy — and the downside of that: more gobbling up of recreational land, more energy consumption, more unwanted emissions (methane in particular) and more waste — all for the sake of growth.

Some developed countries now have negative growth of their ‘indigenous’ populations — Germany and Russia being two notable ones.  But population growth in poor Third World countries continues to surge — and it cant continue!  Globalist politicians like Jacinda & Co. think the answer to that is to let their populations migrate unchecked to First World countries — no it isn’t.  Severe population control in those countries is. 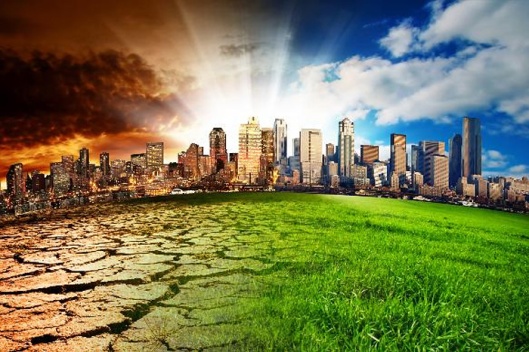 “By trapping heat from the sun, greenhouse gases have kept Earth’s climate habitable for humans and millions of other species. But those gases are now out of balance and threaten to change drastically which living things can survive on this planet—and where.” –Christina Nunez, National Geographic, 13 May 2019

In one of the biggest demonstrations nationwide since the 1981 Springbok Tour, New Zealand students downed iPads, books and swat notes last Friday to demonstrate about climate change. But are they serious, or was it just a highly topical and convenient excuse for a day off school and university?

The National Coordinator was Kapiti Council candidate Sophie Handford, and she is deadly serious. Sophie was active in the environmental change movement three years ago, when as a Year 11 student she spoke at a Parliamentary Select Committee hearing on improving water quality.  Since then she has become increasing involved in climate change activism.  For her, the time for action is now. “This is the only home we have, we’re not going to be able to just buy a new one when we have destroyed this place to the point where we can’t bring future generations up on this planet,” she says.

But is it really happening? 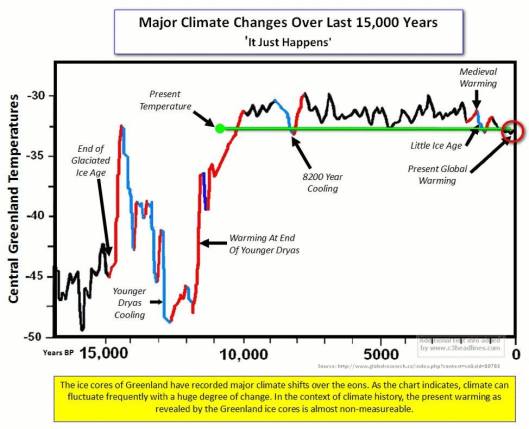 Climate change has been a fact of life for the planet for tens of thousands of years. There have been cooler and warmer periods across the millennia and, back even further, ice ages which transformed the landscapes of North America, Europe, Northern Asia and New Zealand.

In recent decades there has been [it is alleged — Eds] a noticeable warming of the Earth as seen in rising sea levels, increased average temperatures, retreating glaciers and ice melting in the Arctic and Antarctic.

The increases in temperatures and sea levels have been small, but the recent trends since the late 20th century have been upwards. However, as seen with the shrinking of New Zealand’s glaciers such as the Tasman, Franz Josef and Fox – the melting has been dramatic over the last 40 years. Franz Josef has lost 800 metres in the last 11 years and this is mirrored in Northern American “ice rivers”. Around the North Pole the melting has also been dramatic [again, it is alleged —Eds].

“Arctic Sea ice is reducing by 13% per decade, a rate that is unprecedented in the last 1000 years.” –Journalist, Joel McManus The Dominion Post, 27 September 2019

Climatic extremes have been a vivid reminder of the changes taking place. Earlier this month, Hurricane Dorian actually reached Nova Scotia on Canada’s Atlantic Seaboard – the first time a storm of this magnitude has hit the province since 1996. Meanwhile inland Australia continues to swelter in its longest drought in recorded history. And in Central and Southern California over the last few years, unprecedented fires have raged across wide areas.

In New Zealand, coastlines are under pressure, and areas like the West Coast, Nelson, Dunedin, the southern coast of Hawke Bay and the Kapiti Coast have lost land to the sea. South of Raumati South, on the edge of Queen Elizabeth Park, the sand dunes have retreated more than 30 metres in 50 years.

Carbon in the atmosphere
Carbon dioxide (CO2), is an essential element for life on Earth and its presence in the atmosphere helps prevent the sun from frying everything on the surface. But too much leads to warmer average temperatures.

Areas such as wetlands and bogs are “carbon sinks” where the gas is “stored”. However, many wetlands in recent decades have been drained for urban expansion, infrastructure development and the spread of farming. In the Eurasian landmass the huge permafrost tundra areas are starting to melt. These massive peat bogs contain vast stores of methane and carbon dioxide which, if the warming trends continue, will be released into the atmosphere.

Measurements worldwide going back to the 1970s, including records kept in New Zealand, show that the percentage of carbon dioxide in the air is increasing, slowly. Carbon dioxide along with methane, nitrous oxide and others are collectively known as the “greenhouse gases”.

The IPOCC Report
The United Nations Intergovernmental Panel on Climate Change’s latest report was produced by 104 experts from 36 countries. It backs up the comments made above. Three of its key findings are that:
 there is a well established trend of more carbon dioxide in the air. This is slowly heating the oceans, changing ecosystems and raising sea levels.
 on-going ice sheet melting in the Arctic and Antarctic is continuing to result in rises in sea levels.
 the Eurasian permafrost is melting and releasing more carbon dioxide into the air.

There are plenty of climate change (CC) skeptics out there, many from coal and oil companies and countries rich in fossil fuels, led by Donald Trump. They see the CC movement, from Al Gore’s 2006 An Inconvenient Truth movie, through International CC conferences to the recent action of Swedish teenage, Greta Thunberg, admonishing the world’s governments at the United Nations this week, as political grand-standing.

Some scientists claim that the data has been exaggerated and that any recent warming is just a blip in long term climatic and weather patterns. To see 197 claims from sceptics and the scientific responses go to https://skepticalscience.com/argument.php

The reality is that climate change is happening, slowly, and the planet is
definitely warming up. It is not a dramatic process, but the trends of rising seas,
increased average temperatures, melting ice and increasing C02 in the air are indisputable.