This is a partial victory for residents and ratepayers. Those concerned about the extravagant Gateway project — the Taj Mahal of Kapiti, now widely dubbed the ‘Kaj’ — have been told by the Provincial Growth Fund that their concerns are valid. The Fund is requiring KCDC to answer those concerns. Mr Pigou of the PGF administration says: “My people are in discussions with the Council and have raised these concerns expressed by you and some other members of the local community.”

In his usual fashion, the Mayor has dismissed those opposing the current proposals as mere troublesome naysayers, even though he says his regime is open and transparent.  But when information is sought we are told everything is confidential. KCDC cannot tell you what is in its application to the PGF.

In summary the concerns are:

Common decency should have the Mayor apologizing for his bullying tactics and his denigration of opponents. The Mayor should accept that in a democracy an open debate about the merits or otherwise of major expenditure of ratepayer money is to be encouraged. 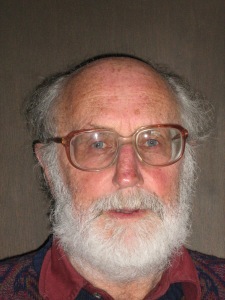 Fifty-five people packed out the Kapiti Uniting Church meeting room on Tuesday to hear historian John Robinson speak about the Musket Wars. This disastrous period in Maori history lasted from around 1800 to 1840 and over 600 battles were fought in inter-tribal conflict which probably cost more than 40,000 lives. The Treaty of Waitangi eventually brought this catastrophic era to a close, and the colonization that followed brought major benefits for the Maori population.

The Waitangi Tribunal, many Maori academics and a number of non-Maori historians who know better, do not acknowledge the wide-ranging impact of the Musket Wars.

John Robinson is the author of Unrestrained Slaughter: The Musket Wars 1800 -1840 and in 130 pages brilliantly covers the context, explains the complexity and unravels the confusion of this important period of our nation’s story. Michael King in his seminal history of the country says “…if any period in New Zealand History has earned the label ‘holocaust’ it is this one.”

The deniers of the truth see Maori society in the decades before Waitangi as being basically stable, generally prosperous and largely peaceful, give or take a battle or two. However the reality of the period, spelled out in John Robinson’s talk, was of many different groups of native peoples – first called Maori in the mid-1840s – living in a time of brutality, warmongering, slavery and cannibalism.

His research is based on the observations of Maori and non–Maori at the time, the writings of many historians like James Cowan, Ron Crosbie and Te Rangi Hiroa (Sir Peter Buck), and the meticulous statistical research of Professor James Rutherford.

The Waitangi Tribunal and its supporters, claim that there was just a small drop in the native population from 1800 – 1840, and then a major decline after 1840 due to colonization. This is the PC view. However, Te Rangi Hiroa, Rutherford and others, including John Robinson, estimate that at least 40,000 lives were lost — men women and children — most of whom were slaughtered and often eaten after battles.

The truth of this devastating period

So there was a dramatic fall in Maori numbers in the first four decades of the nineteenth century, and then a further decline after the Treaty of Waitangi before the population recovered later in the century. But why did the numbers not pick up in the relatively peaceful and prosperous years of the 1840s and 1850s?

Essentially it was because too many women and girls were slaughtered after Musket War battles and a degree of female infanticide. There were just not enough women of child-bearing age after 1840 to sustain a recovery.

Kapiti was a thoroughfare

In his talk, John Robinson explained that our area was the gateway to Wellington and the South Island, and the three main iwi of today – Ngati Toa, Te Atiawa and Ngati Rukawa –  came south from the Bay of Plenty, Waikato, Kawhia and Taranaki areas. As the Kapiti region filled up, there were many battles, slaughtering of prisoners and cannibal feasts along the coastline before peace was established in 1840.

John Robinson pointed out that ultimately Northland rangatira such as Tamati Waka Nene, his brother Patione and other far-sighted native leaders realized that the constant tribal warfare based on the never-ending desire for utu was proving ruinous for Maori society. They wanted the British to come in, and bring peace and the rule of law.

The big audience found John’s talk very informative and absorbing, and it was followed by many interesting questions.

Being honest about our past

Most cultures and societies have had their brutal periods, and being truthful about the Musket Wars is not a basis for being judgemental. John Robinson explained that what happened from 1800 to 1840 was part of the tikanga of the time, but ultimately led on to the benefits of British control, colonization and civilisation.

It is important that the Musket Wars are not swept under the carpet with ‘revised’ or censored history and the period should definitely feature in the school curriculum whenever the study of New Zealand’s story become compulsory.

(Unrestrained Slaughter: The Maori Musket Wars 1800 – 1840 by John Robinson is published by Tross Publishing. It is available for $30 from Paper Plus Paraparaumu and can also be bought online – https://trosspublishing.co.nz/) 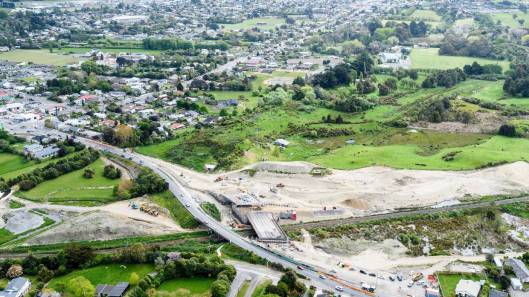 Completion of the final $330 million section of the Kāpiti Expressway – part of an asphalt chain including Transmission Gully – has likely been pushed back by another year.

When exactly the $2 billion-worth of connected four-lane road north of Wellington will now open fully remains unknown, as drivers face another summer of traffic woes.

Stuff understands the already-delayed Peka Peka to Ōtaki section, meant to open in 2021, will now likely not open till sometime in 2022.

The NZ Transport Agency says after Covid-19 delays and ongoing work on pavement and a shared pathway, it’s reasonable to expect a delay of “some months”. 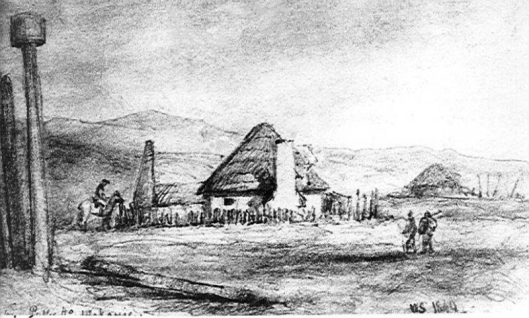 This sketch by William Swainson is described on the drawing itself as “Waikanae 1849”. In the book Horowhenua County and its People, this same illustration had the caption “William Jenkins kept this bush-licence accommodation house at Te Uruhi, near Waikanae.”

It’s quite likely the actual location is Bluegum Road in Paraparaumu Beach.  This leads off Ocean Road to take you to the airport, but is about a kilometre from where Guru’s Gateway will be sited, if that goes ahead.

Roger Childs says that in 1824, Ngāti Toa lived here for a few months before moving to Kapiti Island. In the early 1830s the Puketapu hapu of Te Āti Awa built a pa on a large sand dune on this site, protected by swamp on three sides and a ditch to the north. Flax, food and other items were traded with whalers and early Pakeha traders.

“But it was also the name for a pa at the mouth of the Waikanae River. I’m not sure, but I imagine it was on the Waikanae side where Weggery Drive reaches its high point before dropping to Queens Road. There are commanding views of Kapiti and areas to the south from the houses located on the crest of the climb on the left.”

You never hear about Sweden anymore, at least not from the people who tried to demonize it early on in the coronavirus outbreak. While the Covid-19 epidemic continues to drag on in the United States, it’s largely over in Sweden where fatalities have dropped to no more than 2 deaths per day for the last week. Sweden has been harshly criticized in the media for not imposing draconian lockdowns like the United States and the other European countries. Instead, Sweden implemented a policy that was both conventional and sensible. They recommended that people maintain a safe distance between each other and they banned gatherings of 50 people or more. They also asked their elderly citizens to isolate themselves and to avoid interacting with other people as much as possible. Other than that, Swedes were encouraged to work, exercise and get on with their lives as they would normally […]

via Sweden: the One Chart That Matters, by Mike Whitney — STRAIGHT LINE LOGIC

A clip on the TVNZ website. Your editors fully sympathize with the protesters and have been involved in a similar protest with private property businessmen. Fortunately, Waikanae has plenty of trees but that still doesn’t excuse wanton destruction for short term — and shortsighted — commercial gain.

A message from the council is below.  While public transport — trains and buses — is provided by the regional councils, the local council has a role in formation of overall strategy, and Waikanae needs will be looked at by the WCB next month.

Ride the bus? Take the train? Drive a car? Go by bike? Walk? We want to hear from you!

We’re refreshing our Sustainable Transport Strategy to make sure it is fit for our rapidly changing future.

Getting around plays a huge part in our day to day lives, and the strategy will provide Kāpiti with a long-term approach for guiding transport investment – help plan our transport future by sharing your thoughts with us!

More info and the survey here

A still from a short video on the TVNZ website from April taken just north of the Waimeha Stream.

“Charis O’Connor and her family started creating geometric shapes with shells on their daily walk down Waikanae Beach.
As the design grew, other people started noticing it and added their own names.
“People are saying it’s made their day and that it’s been great for community spirit,” she said.

As reported on 3 July, not only is online viewing. but live online participation is now provided for with KCDC meetings.

Wellington City has done the same and in viewing its meeting on 21 July, the two screens on the wall above the head of the table showed these remote participants — but although the chamber picture quality is better than in Kapiti, unfortunately the faces and voices of the online participants were not very discernible.  Whether that is a problem with the technology in Kapiti will be discovered tomorrow.

The agenda (pdf) is here.  The live stream link is here