Oregon is a “tree” state. We have diverse forests and beautiful trees. In fact, Oregon has some of the most productive forests and is home to some of the largest trees in the world. We place a high value on the importance that trees play in our quality of life by providing habitat for wildlife, products that we all use, clean air and water and all of the other wonderful things that trees do. For that reason, Oregonians celebrate an entire Arbor Week. We invite you to celebrate the importance of trees in your life.

For the past few years, Oregon Community Trees has annually offered no‐match grants for up to $500 to help Oregon Tree Cities to “boost” their Arbor Week celebrations. Seven applications were submitted by Tree City USA designated cities in 2018 requesting a total of $3,070. Committee members agreed that all seven applications satisfied the criteria to award funding and were generally worthy of financial support. The budget for grants was originally limited to $2,000 for the year, but the Executive Committee authorized an increased budget of up to $3,070, our largest budget ever for grants!

An empty paddock north of where the Waikanae North subdivision is planned (according to the map), although it is likely to be subdivided in the medium term.

This is being held on Wednesday 25 May at 7:30 pm in:the Presbyterian Lounge, 43 Ngaio Road, Waikanae.

The talk is on “Seabirds of the Kerguelen Islands and the NZ Connection” by Dr. Colin Miskelly of Te Papa.

Dismissed by Councillor Scott (Michael) as a ‘Mikadoesque performance’,
this rendition, in my view, showcased the puffery and sarcasm implicit in
this Councillor’s penmanship — traits too often obvious in his behaviour
within the Council Chamber to certain of his elected colleagues.

Rather than address the points raised, Councillor Scott (M) launched, by way
of deflection, into an interrogation of the ratepayer — whose speaking time
it was.

Councillor Gaylor — who as Chair had taken considerable pains at the outset
of the meeting to remind members of the ratepaying public present of their
responsibility to respect the Council Chamber and elected officers — made no
attempt to check her colleague’s behaviour, resorting quickly instead to
the edict ‘both parties have gone into debate’.

In his lacklustre ‘Dear Blanche’ response of 5 May to an articulate letter
that highlighted the very real need for an alternative access/egress across
the rail corridor to Waikanae East, Councillor Scott (M) rapidly
dissociated himself from the current lack of priority attributed to an
underpass solution (despite his elected roles on both KCDC and the Waikanae
Community Board), plus had the temerity to end with the admonishment ‘a less
aggressive presentation would be appreciated in the future’.

Mayor Church, who is routinely quick to sanction any ratepayer behaviour
that is perceived as inappropriate, is strangely silent in terms of
Councillor Scott’s (M) behaviour.

Come October, the ratepaying public will have opportunity to apply their
own sanctions.

We noticed Palmers Garden Centres are having this contest which closes on Monday 6 June.

Beautiful real gardens is something that Waikanae is noted for, so maybe those creative juices can be applied to miniatures, too?  And it could be inspiration for a real garden: those who buy vacant lots — and there are going to be plenty on the market in Waikanae soon with the big subdivisions — know that’s exactly what they are.

An article from the Kapiti Independent News site follows.  The question of putting the power cables underground through Waikanae in conjunction with the Expressway work has been an issue, see earlier posts. We weren’t surprised with Transpower’s intransigence about keeping them above ground. 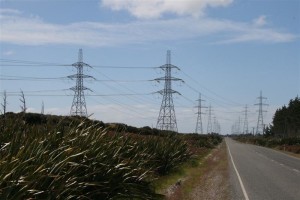 About 30 months ago Transpower grit blasted the pylons on our property, and all the pylons on the Haywards A&B line to Bunnythorp.

They in effect striped the galvanized skin off the pylons and spread heavy metals all over the countryside.

According to the Greater Wellington Regional Council permit, they were not allowed to drop any of this stuff onto water ways –- rivers, streams, creeks and swamps.

However, it seems private property does not get the same protection?

Trees also absorb carbon emissions from fossil fuels. Only, some property developer businessmen don’t see that.  But some cities overseas have recognized the value of trees; one is Portland in Oregon, another is Vancouver in Canada.

Comox Street below is just one example of many inner-city streets lined with mature trees.  In part because of the attention given over several years to trees and gardens, this is a very affluent area and a detached 2-story house will sell for around $3 million.

Just another reason why the Rowan & Dougherty water meters have been a fiasco. 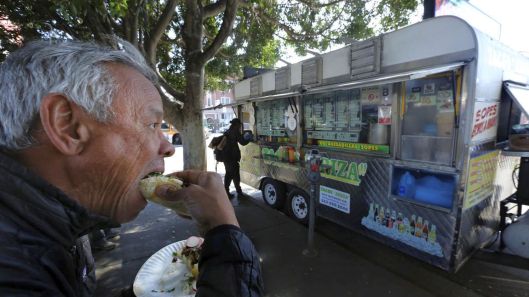 “It’s a daily culinary performance that plays out across Los Angeles: Top food truck chefs whipping up gourmet meals in spaces no bigger than a restaurant’s stockroom or walk-in freezer.

“But even as the trucks have become a popular staple of the local food scene, with Twitter followers and long queues, they have been lagging behind restaurants and even sidewalk food carts in one important category — health safety, a Los Angeles Times data analysis found.

“About 27% of food trucks earned lower than A grades over the last two years, according to a Times review of Los Angeles County Department of Public Health data. By comparison, slightly less than 5% of bricks-and-mortar restaurants and about 18% of food carts fell below that mark.”

There is one such truck which travels around Kapiti and comes into Waikanae — we hope that it receives the same scrutiny as bricks-and-mortar premises.

In fact it’s fake, but the casual observer is unlikely to spot that.  When walking on it the feeling is real, too.

In our submission last year on the KCDC’s annual plan we said Mahara Place needs more grassy areas, but also that it could be artificial as in this pic.