A fantastic poster! (Designed by Kapiti News).  Waikanae Park is probably best accessed from Park Avenue, but there are also a reasonable number of car park spaces around the corner in Ngarara Road.  We intend to walk there, naturally. 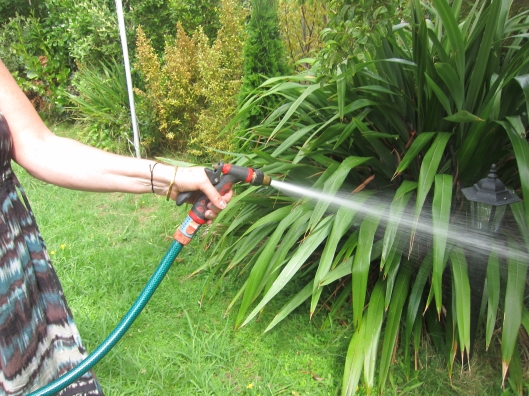 We noticed that the water issued from the hose during the time it takes to walk from the tap after turning it on and then back to turn it off may be wasted, so we put a squirt nozzle on it, which enables the delivery of more measured and directed water quantities to plants that need it.

The water level when the sea is at high tide. Outside of the river channel it is quite shallow, though.

This should make it unambiguous to visitors, and some locals, what the rules are.  Of particular note:

Steve Burley has asked us to delete this post because of the events of 15 March 2019 in Christchurch. —Eds

Burglars who cleaned out thousands of dollars of greenstone from a Waikanae gallery could have brought themselves trouble.

Other art works, and a cabinet of silver jewellery nearby were untouched.

While the artists were disappointed, there had been some discussion about the traditional belief that stealing greenstone was thought to bring bad luck to the thief, or even a mataku, or curse, she said.

“Whether you believe in karma or not, bad things generally happen to bad people. It might not be divine intervention, but they are bound to put a foot wrong, or rip off the wrong person. No good comes from stealing.”

Police arrested a 27-year-old Kapiti man on 17 March in connection with this burglary although only 2 of the 101 items stolen were recovered. The man “faced charges of burglary, driving while disqualified, failing to stop for police, possession of methamphetamine and possession of cannabis.” 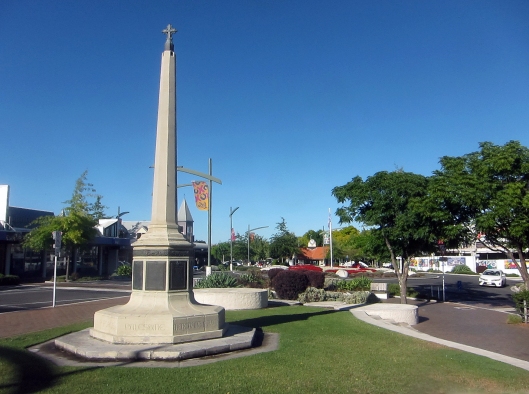 We went through here last weekend and thought it was rather nice.  The only complaint was that the clock atop the little old building in the background wasn’t going, which rather undermines the otherwise positive impression.

He took legal action against his own council over a decision to exclude him and four other Councillors from a committee set up to review CEO Mr Dougherty’s performance and pay.

The Council’s ‘Chief Executive Performance and Employment Committee’ (CEPEC) was made up of the Mayor, Ross Church, and five of the ten KCDC councillors.

Cr Gurunathan objected to the fact he couldn’t attend committee meetings or get access to all its information. When his objections were ignored he took his own case to the High Court — and won.

The CEO’s performance is crucial to the functioning of the organisation and the way it uses — or misuses — ratepayer money.  It should therefore be a matter that the whole council should be involved in.   This committee that Mayor Church composed was clearly made up of those Councillors uncritical of Mr Dougherty’s many shortcoming, not the least of which is his aggressive arrogance.

Unfortunately, this is often seen as a plus by Boards when they choose a general manager, while little, if any, consideration is given to the far more important attributes of diplomacy, people skills, seeing the big picture, forward thinking, and basic common sense.

Councillor Gurunathan and the Mayor are joined at the hips in their desire to pursue a boys’ toys event of planes and cars with lots of ratepayer assistance. This type of event is two-a-penny. Even Marton is holding one without any apparent ratepayers money. [Coming back from Napier, we also noticed one in Shannon, –Eds]

Dear readers of Waikanae Watch, it’s madness to disagree with these Councillors I know, but I propose an alternative event. Previous Councils have created wonderful cycleways around Kapiti.

What we really need is a Bicycle Belles and Motorcycle Motorheads event. Imagine the pathways of Kapiti lined with people watching penny farthings, unicycles, tandems and bicycles from yesteryear.

The Norman, Philips many without gears would bring back memories to the elderly and excite the youngsters that bicycles could be ridden without gears. Riding the paths of Kapiti, the riders could be dressed in period costume.

Motorcycles of yesterday could be driven around selected streets of Kapiti. On one day of the year we could have the Indian, the Vincent and Triumph replacing those regular Rolls, Chevy and Packard vehicles that we so frequently see. Look at what Napier can achieve at their Art Deco. 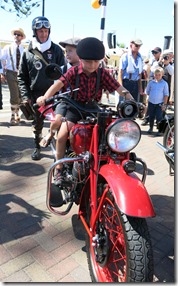 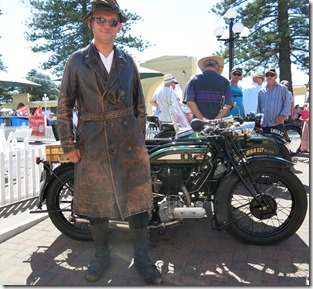 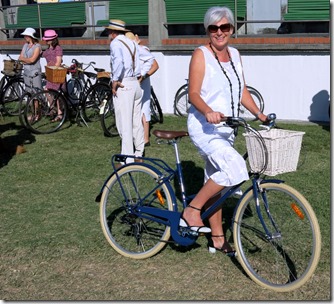 Seaweek is happening from 27 February to 6 March. This year’s theme is “Healthy Seas, Healthy People”.

What a great opportunity to show you care about our sea by heading to the beach for a clean-up! If you want to organise a clean-up event with your whanau, friends, school or community group, Council can support you by providing bags and gloves, and picking up the rubbish you collect. Contact the Waste Minimisation Officer on 296 4700 or waste@kapiticoast.govt.nz.

Beach clean-ups are held every last Saturday of the month, starting at 10 am at the Boating Club on Waikanae Beach. To kick off Seaweek, come along to the next clean-up on Saturday 27 February.