“The Paekakariki Old Whatsisname Library in Tilley Road has been developed by Sam Buchanan using local knowledge, resources and expertise. The library, which will be open seven days a week, has been built with very little cost to the ratepayer—it’s a template for future community projects in Kapiti.

“No expensive consultants were used, resource consent fees were waived by KCDC, and an over-priced engineering report was not involved. In fact the library was built by the Paekakariki community utilising volunteer labour.

“Such a model was the norm in the last century when communities rallied and built memorial halls, swimming pools, community centres—I am even aware of a community built TV transmission tower built in St Arnaud near Nelson.

“I’m really pleased Kapiti Coast District Council is returning to an old model of community development. Such a system has been proven to keep costs down for ratepayers and remove the need for a bloated Council bureaucracy.”

This ranking for 2018 has now been published here

First place goes to Switzerland, 2nd to France and 3rd to Denmark. Australia is 21st, Canada 25th and the USA 27th.

NZ only gets 40th place in “Eco-System Vitality” which doesn’t surprise given the thousands of tonnes of highly toxic poisons DoC dumps every year to kill everything.

An American road movie, irrespective of it being nominated for 5 Oscars including best picture, is something we find hard to resist, particularly when it is set in 1962 when cars were great.

It was not a totally great time, however, as America was in the early stages of the social revolution involving a rejection of old ways and attitudes.

The attitudes most in need of changing in the early 1960s were the ones most are familiar with: racial discrimination and stereotyping, particularly in the South.

They know what trouble they can expect, but the pay is good. The record company is picking up the tab and, together with the celloist and double-bassist forming the other two members of the trio, they set off in two 1962 Cadillac Sedan De Villes hired by the record company.

The expectation of trouble in the South proves accurate: this includes different and less salubrious accommodation for ‘coloreds,’ restaurants from where coloreds are banned, even a clothing store where coloreds can’t try clothes on, only buy them, although alterations will be made if needed. In some areas there are even curfews for coloreds.

Information on all this was provided at the time in a book with a green cover, The Negro Traveler’s Green Book (published from 1936 to 1966) so they know where to go to keep harassment and rejection to a minimum: hence the movie’s title (a facsimile reprint of the 1962 edition is available on Amazon). The venues which Dr. Don Shirley plays at are high society ones, but the discriminatory practices still apply otherwise.

At the outset, both main characters have difficulty understanding where the other is coming from; but eventually they learn to appreciate it and become friends. Each has his own vices: Dr Shirley wants a bottle of Cutty Sark whiskey in his room every night, Tony smokes and likes down-market cuisine — hot dogs, pizza and (Kentucky) fried chicken; but they learn to cope with that, too.

The friendship the movie portrays was real and lasted until 2013 when they died within 3 months of each other.

For the movie watcher the Bronx accent and mannerisms which Dr Don Shirley disdains might also become endearing as does the Tony ‘Lip’ character.

Although the issue of violence in the South towards blacks isn’t ignored, the film doesn’t dwell excessively on it; Dr Don Shirley believes that violence is also to be disdained; maintaining dignity is preferable.

The music isn’t fundamental to the essence of the movie, but some passionate performances nevertheless are portrayed. There is also popular music of the era by black musicians played on the car radio and discussed. 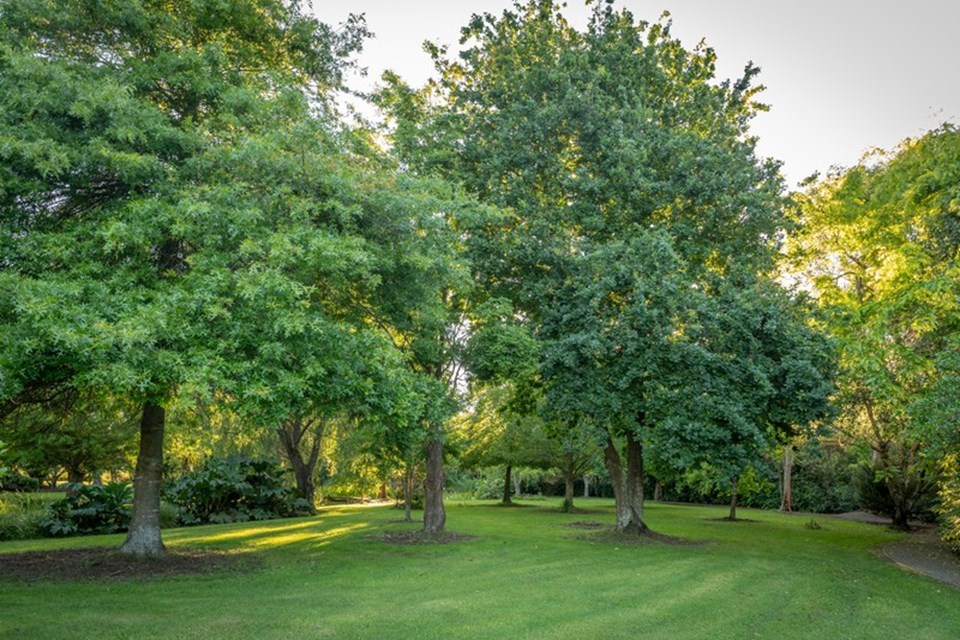 Some facts about the value of trees to help property businessmen, who may read this, realise that their actions in clearing them actually have a bigger negative impact than they think -–

In summer in streets with both pedestrians and vehicle movements, it will become hotter walking around there without trees.  You do not enrich the streetscape; instead, you destroy part of it: a terrible way to treat both the environment and the community to whom the trees belong. 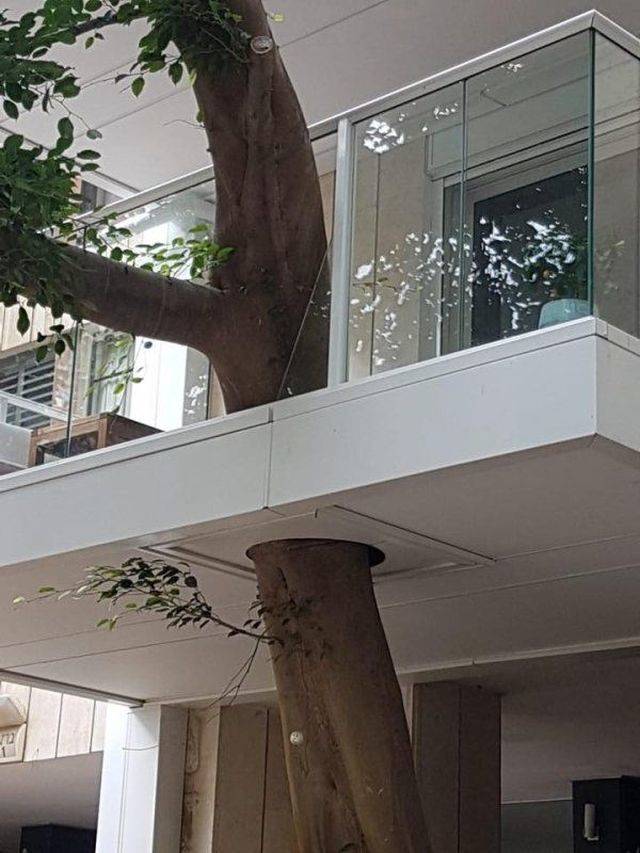 Seen in Te Moana Road a few days ago.

Waikanae is noted for its gardens, many with mature trees, and the choice of only 13 for the garden trail left out a large number of deserving entries. But of course that’s the way it had to be.

Arguably the standout this year, however, was that of 10 Sunny Glen as it is based around and dominated by a large modernist house built in 1999. These pics are screenshots from the YouTube marketing video from 2014 viewable here

The possum is the most maligned animal in NZ. If you want to provoke a New Zealander tell them you like possums, or even that you’re indifferent — this elicits visceral and even xenophobic responses from what are normally quite measured people. –Scientist, Jamie Steer

If it was a native animal we would be protecting it! But it’s an Aussie import first let loose over 180 years ago. It was introduced in 1837 to start a fur industry and that business continues today. There were hundreds of liberations up until the 1930s, and it was only after World War Two that all hunting and trapping restrictions were lifted and the possum was categorised as a noxious pest.

Today all sorts of accusations are thrown at possums to justify trying to wipe them out. They destroy forests; they eat bird eggs and chicks; they spread tuberculosis to cattle; they have limited value.

… researchers such as forest ecologist Bellingham are quite unequivocal: while possum can contribute to the demise of already old and dying kamahi, decline is primarily attributed to insect and fungal damage, water stress, storm damage and old age. Possum are not the principal agent.

Bellingham has elsewhere pointed out that canopy collapse in both rata and kamahi forest can occur where there are no possum. Bill Benfield in The Third Wave, referring to scientific findings

… study taken over three sites in South Westland revealed less than 0.01% of insect material and no traces of birds in the contents of 135 possum stomachs. The findings of Scientists Sweetapple, Fraser and Knightbridge, published in the New Zealand Journal of Ecology 2004

… over a ten year period, 124,000 autopsied possums showed an incidence of 0.04 per cent while 9830 possums autopsied last year showed zero incidence. Nathan Guy, Minister of Primary Industries, 2016 speaking in parliament about levels of tuberculosis in possums.

So possums don’t destroy forests; as herbivores they don’t eat birds and in recent years they have had minimal Tb.

In fact, they are a valuable resource which is why they were originally introduced.

Possum fur is soft and warm. Possum skins can be used to make clothing and possum wool is mixed with merino sheep wool to make knitting yarn. Possum meat has been found to have a high quality protein which is rich in healthy omega-3 and omega-6 fatty acids. Some New Zealand companies use possum meat to make healthy pet food for cats and dogs. In the 1980s, possum meat was also exported to Taiwan, Hong Kong and Malaysia for people to eat. In these countries it was considered a special food delicacy and was called ‘kiwi bear’.

Possum industries in 2016 employed 1500 people, and they earned more than $130 million each year. Demand for products such as clothing, gloves, footwear, furnishing, cat food and dog rolls is increasing.

There are many agents and retail outlets throughout New Zealand. For example Possum Fibre and Skin Merchants New Zealand has 13 agents from Northland to Invercargill including one in Waikanae.

Stu skinned his first possum nearly 60 years ago at the age of eight. Then in 1984 he broke the record for skinning a possum — 12.3 seconds! In his prime he could easily do 300 in a morning.

Possum products are big business and he earns good money. As of September, 2018 plucked possum fur was worth $150 a kilogram. Stu sends much of his fur and skins to the Envirofur factory at Mahoe near Stratford. He also regularly sends possum carcasses to Whakatane for processing into pet food for Asian markets.

Envirofur exports to over a hundred countries. Managing Director, Pennie Sands, spells out the resource value of possums: Purchasing any Envirofur product gives you a quality item and a chance to help in protecting the native environment.