This all-weather steel footbridge across the Waikanae River was opened by Mayor Rowan on 28 February 2009.

The ones we know about at this stage: 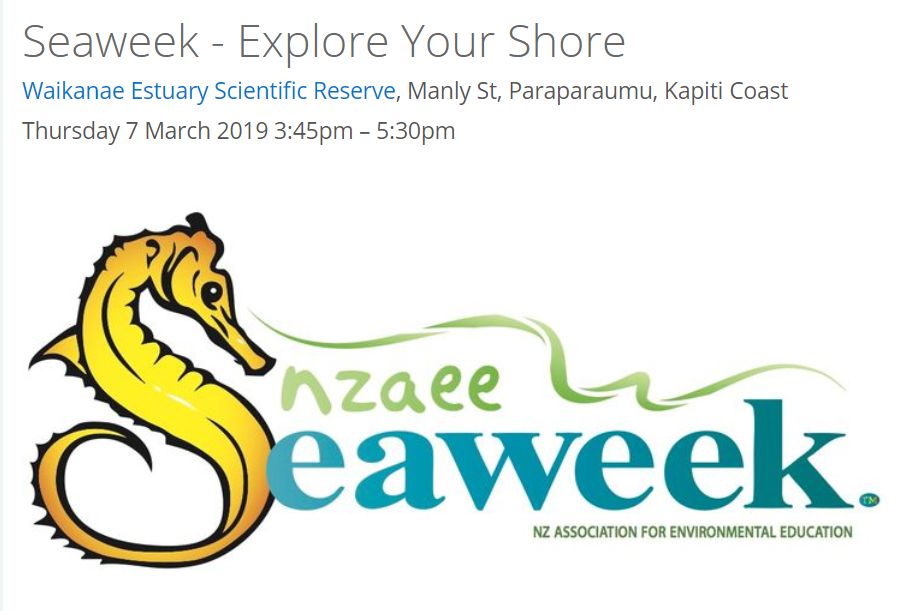 and for fans of Wham-Bam action: Kapiti Boxing Club Tournament on Saturday, 30 March 2 PM – 8 PM at the Waikanae Memorial Hall

Effectively the opposite view to the photo posted earlier. There wasn’t much development north of the Waimeha Stream at that stage. 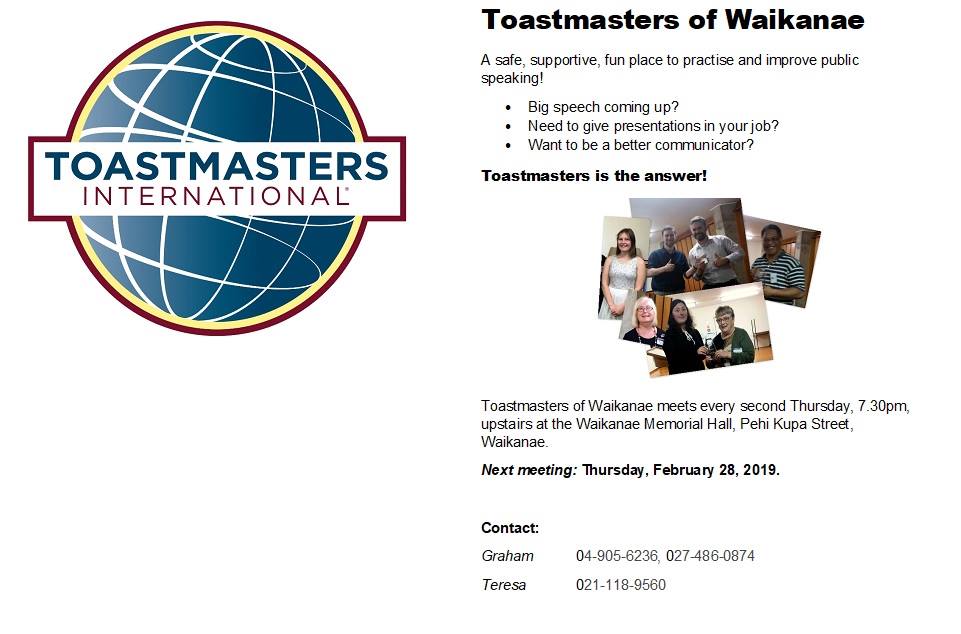 This attractive looking house not far from us is rather European in styling where roof pitches are steep to cause winter snow to slide off.   It’s presently on the market — realtor’s listing

Nearly two years after the celebratory Community Board meeting (see the post of 15 March 2017) in the Waikanae Boating Club of the issue of the booklet Our future Waikanae Beach: community vision and action plan comes this draft of the Proposed District Plan affecting some of the beach area (shaded in mid-green in the map above) to incorporate the aspirations expressed over 2016-2017, which in essence were to keep the area quiet, relaxed and devoid of McMansions, apartment blocks and commercialisation.

We’re told that after the meeting in March 2017 when all the work had been done by the residents association, but with vague answers given at the meeting by the former Group Manager to questions, consultants were brought in to confirm what the residents had come with at a cost of $60,000.  Well, that’s the council’s way.

Things don’t happen fast in local government and in fairness to Emily Thomson, she will have been inundated with planning applications from property developers wanting to create subdivisons and building permit applications in the past couple of years.

The significance of ‘Notification’ under the Resource Management Act is that the public gets its chance to criticize and object to what is proposed.  We think that should also have happened at least with the massive Maypole company development, but better late than never for this to start happening in the District. 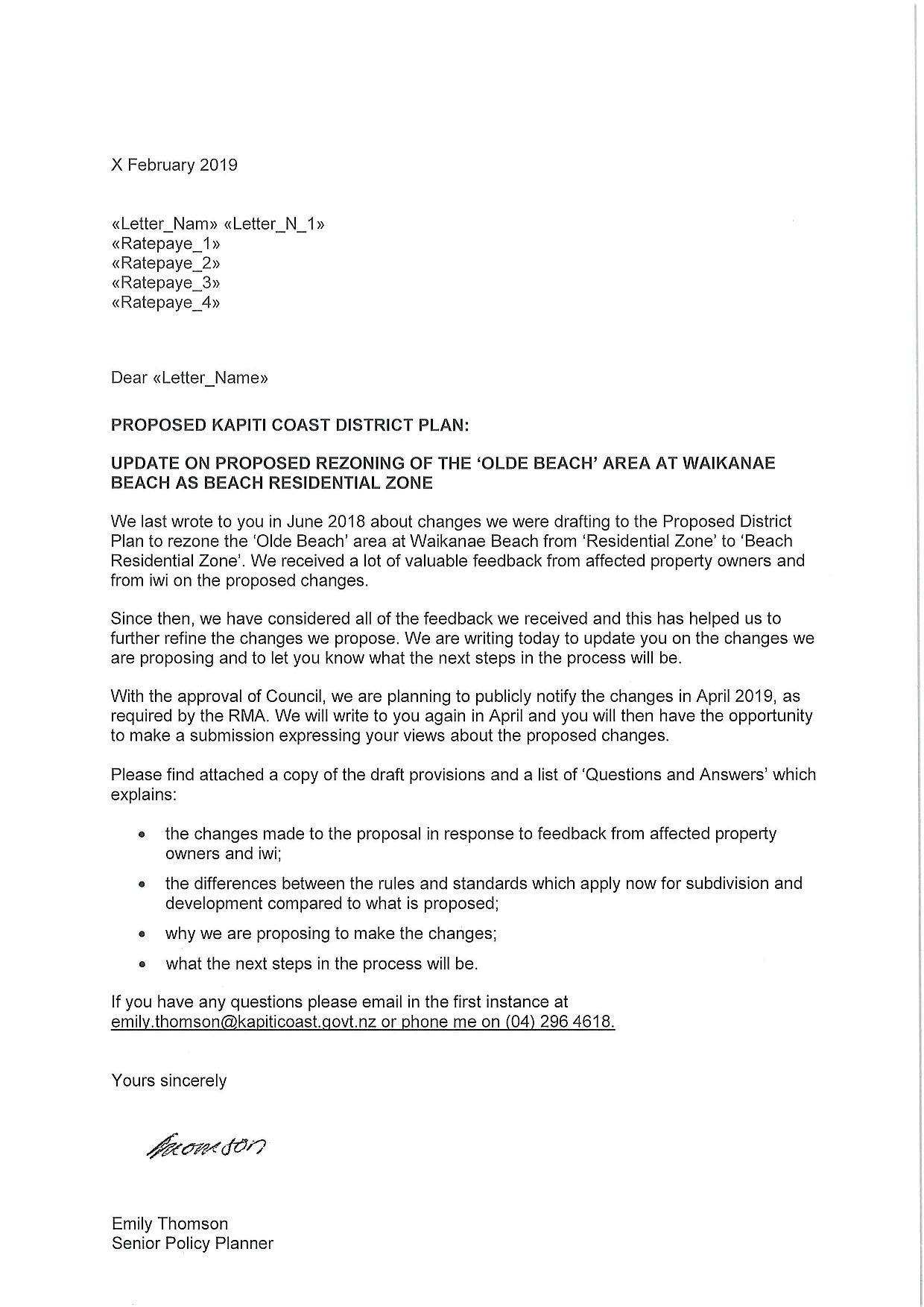 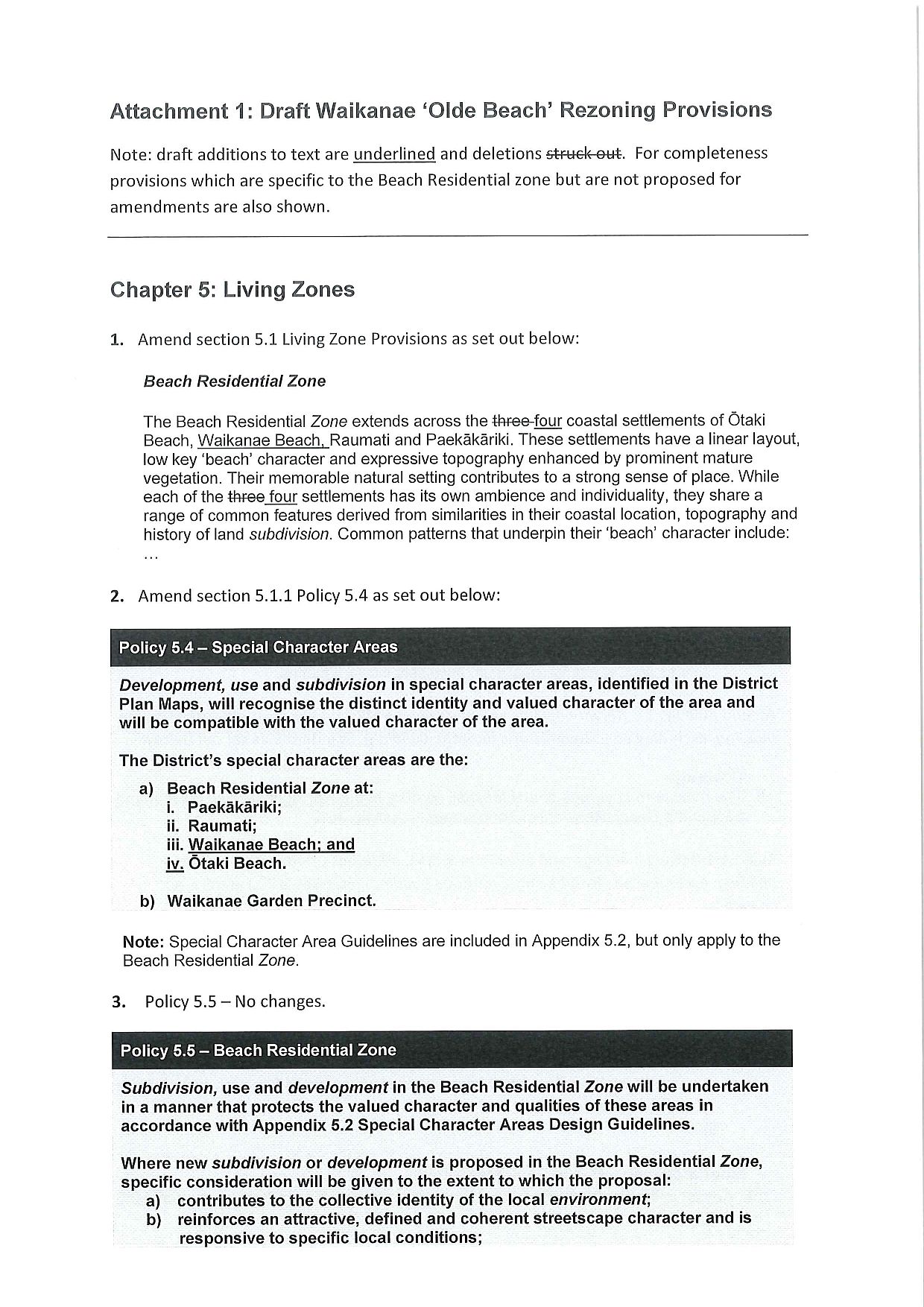 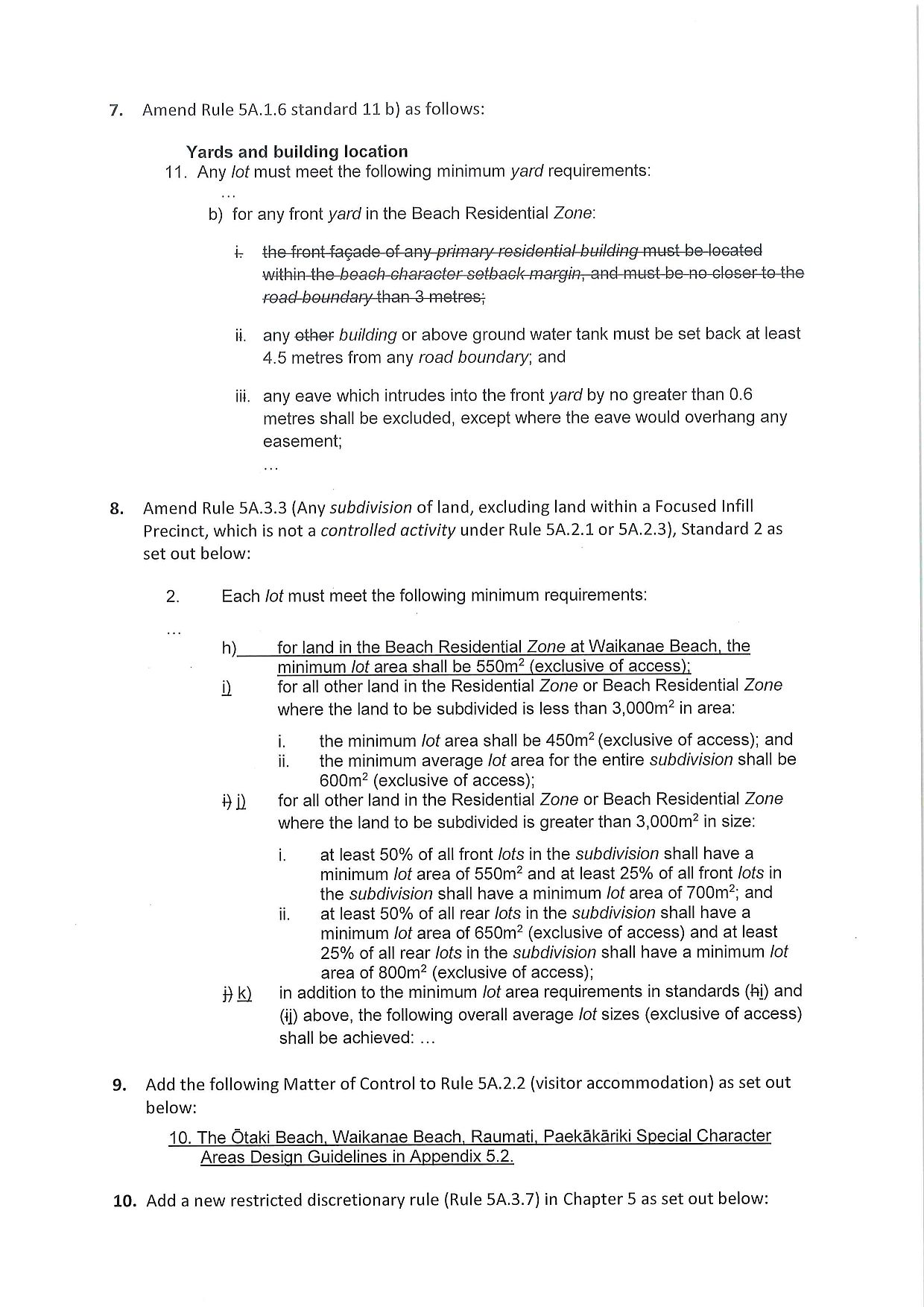 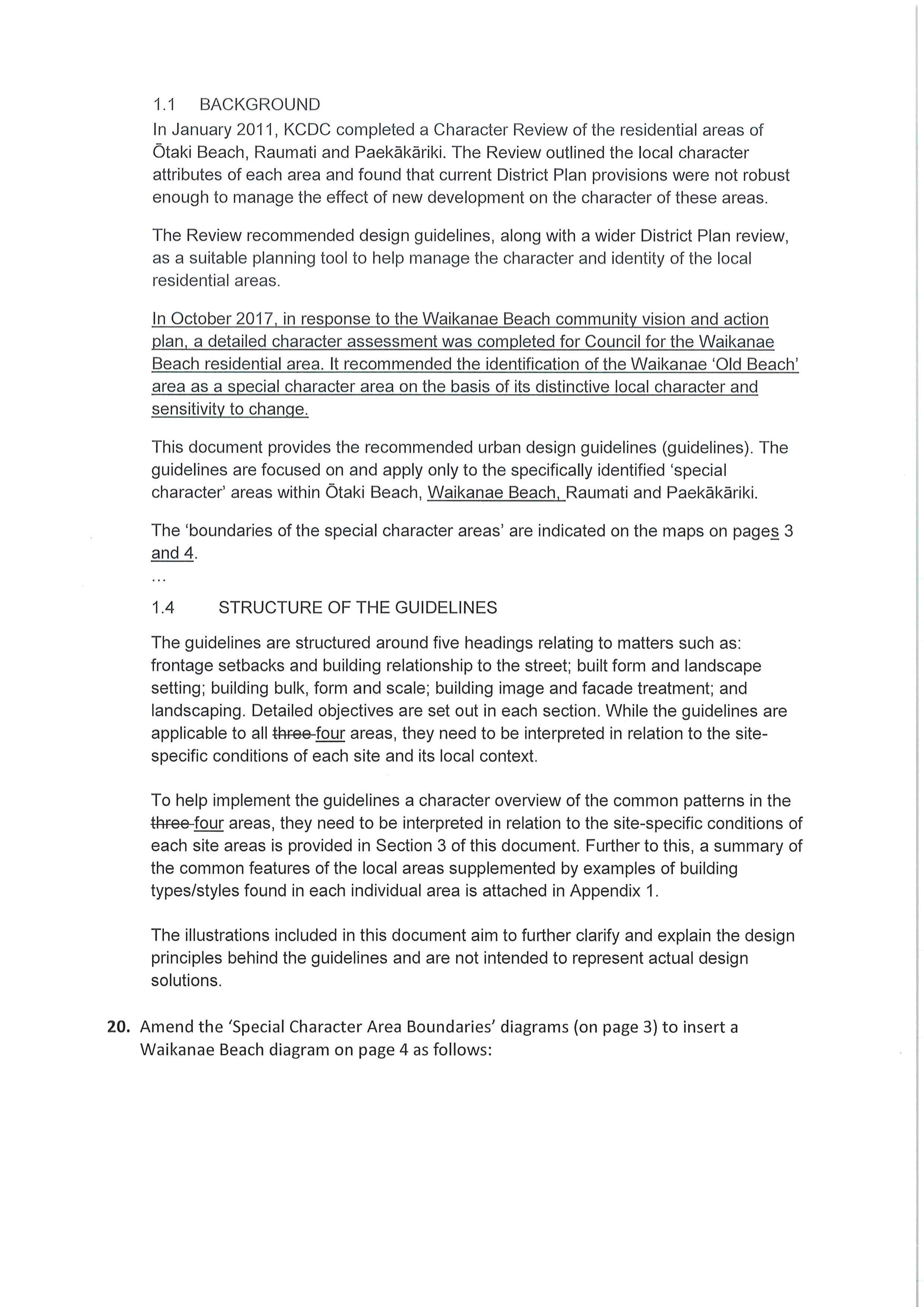 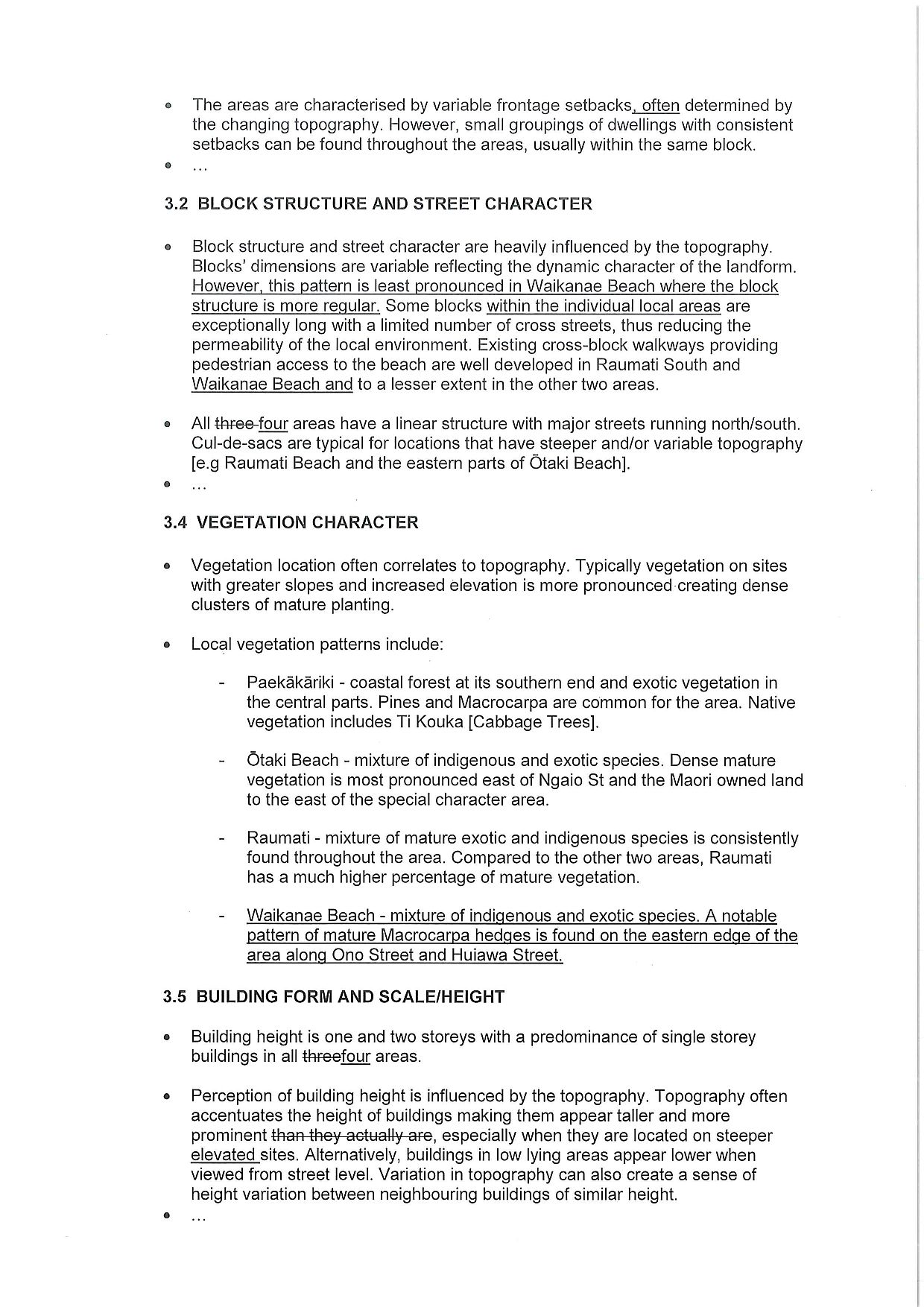 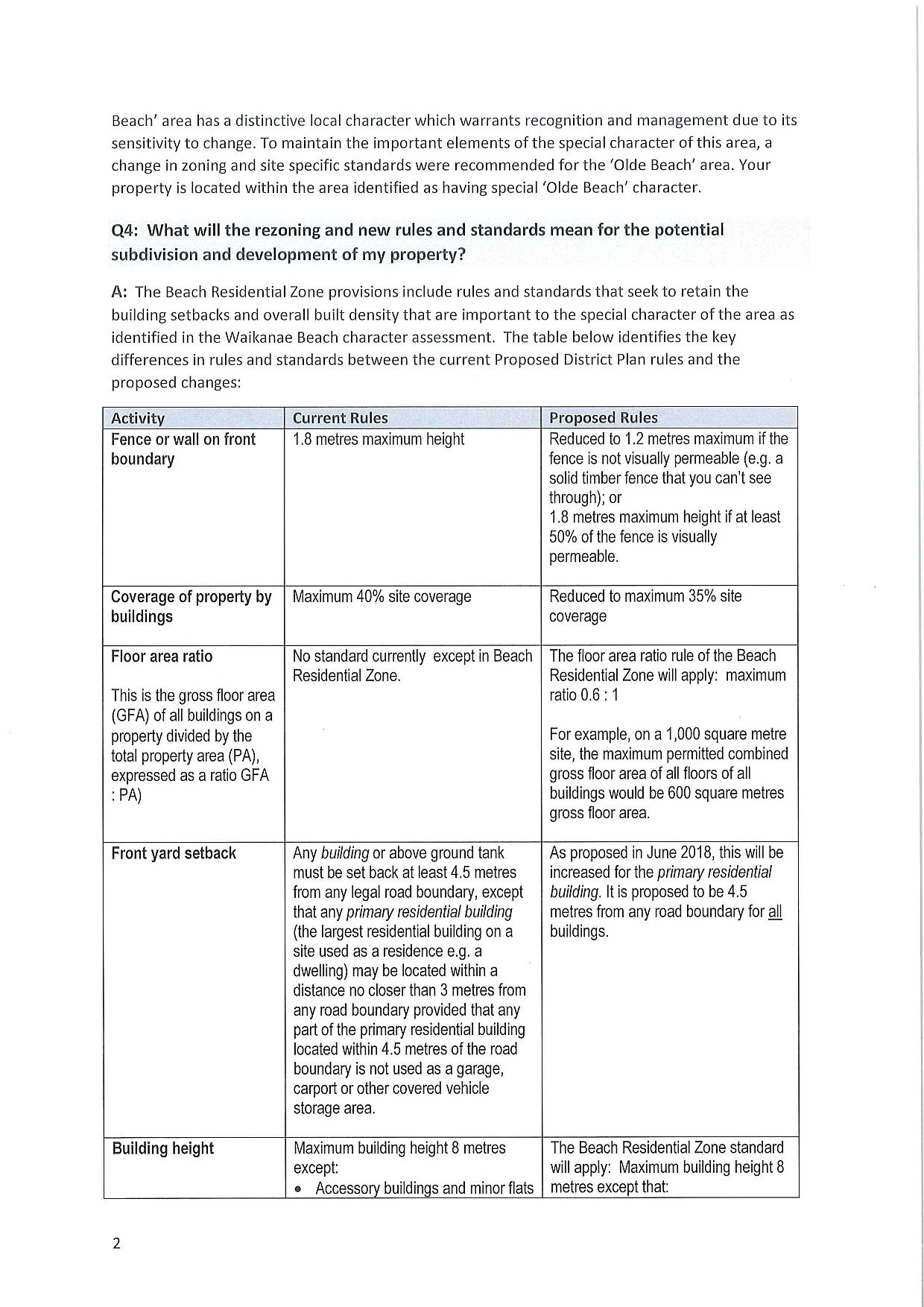 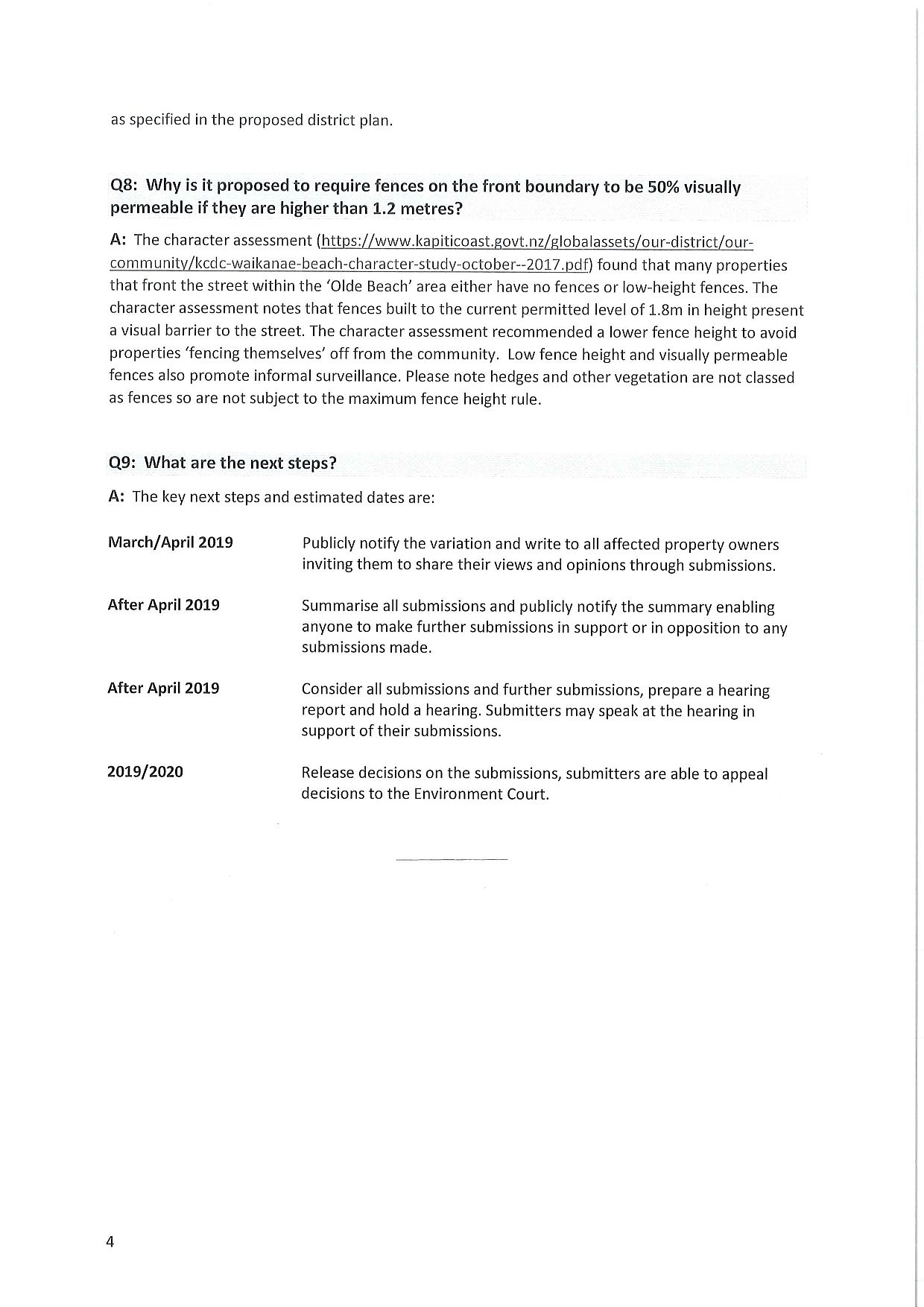 Another photo in the Whites Aviation collection; it would have looked good in colour.

That long brand new street towards the bottom is Eruini Street, connecting to an as yet isolated section of Tutere Street, the main part of which didn’t extend south of the intersection with Waimea Road.

We’ve always wondered about that little “parking bay” on the south side of the new intersection (where a solitary car is parked in the picture) — did some bureaucrat decide that the street could be narrowed after that? 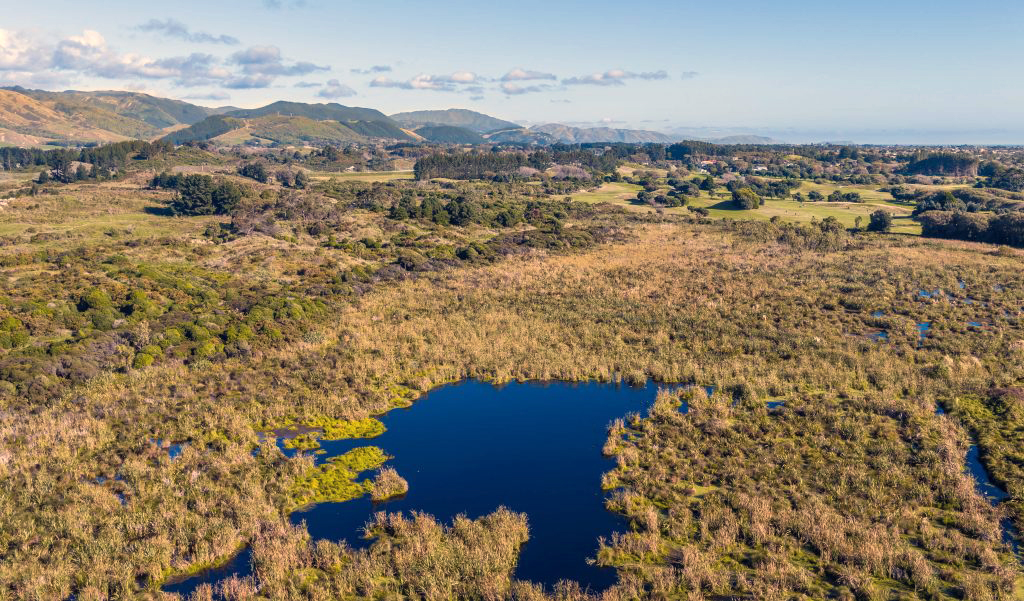 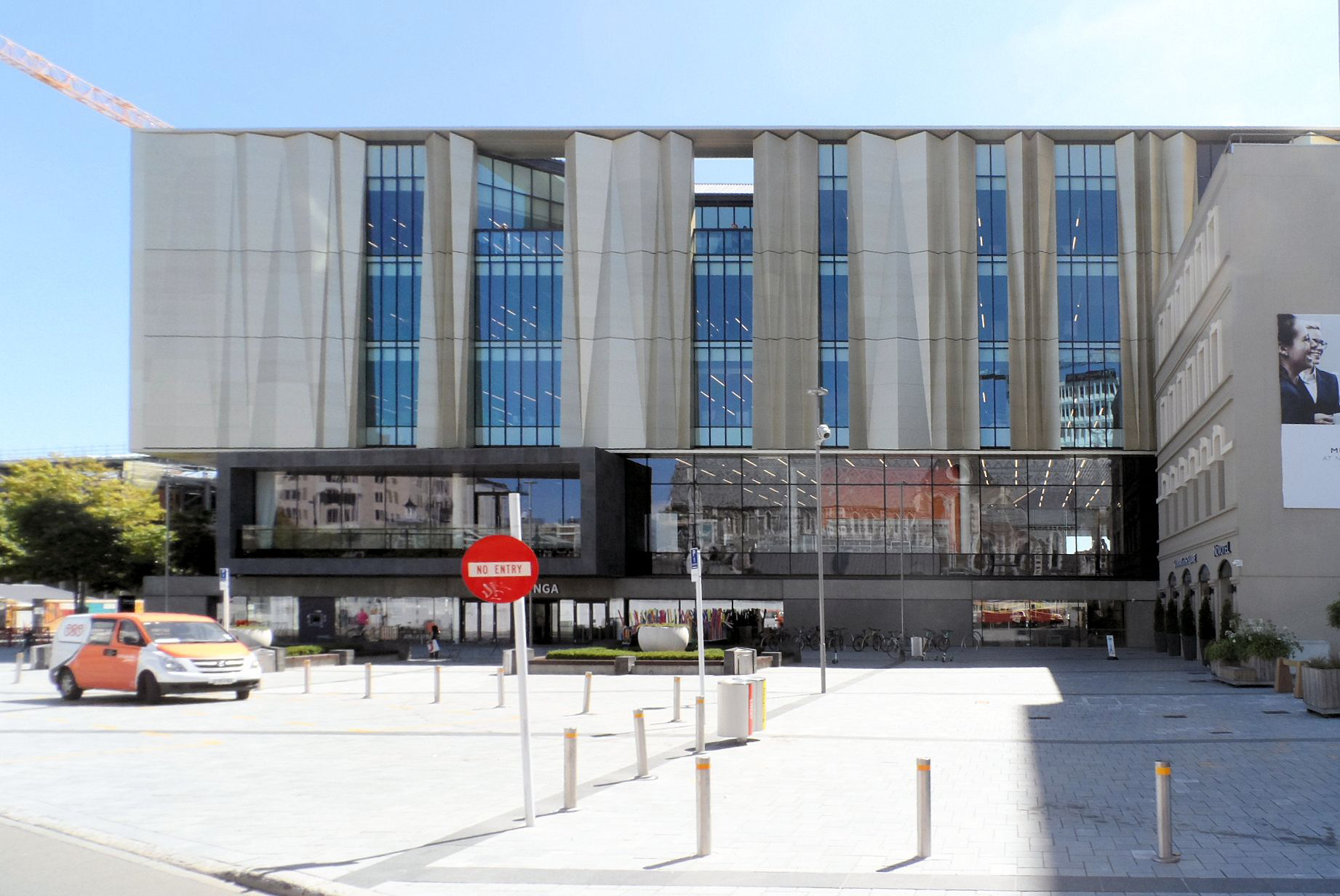 “At least 16 years of leaks and months of staff health concerns preceded the closure of a Kapiti Coast Library because of a dangerous mould.” (Dominion Post, 21 February 2019

Having recently visited Christchurch’s magnificent new TURANGA (base, foundation) library, it was sad to come back and see the Waikanae Library splashed on the front page of the Dominion Post for the wrong reasons. The multi-storeyed TURANGA is a great source of civic pride in  the garden city, whereas in Kapiti the neglect of one of the libraries is a cause for shame. Mayors, councillors and CEOs since 2002 should hang their heads.

Some years ago the Kapiti Coast District Council (KCDC) built itself a palace in Paraparaumu and the mushrooming cost of that project was not disclosed until well after the construction had started. This was about the time when complaints about the safety of the Waikanae Library were surfacing. As locals are well aware, there was a proposal to redevelop the library and link it to an enlarged Mahara Gallery, but that scheme, along with many ideas Waikanae groups have suggested over the years, never made it beyond the talking and conceptual stage.

Libraries are key social and cultural hubs in all communities and the closure of the Waikanae facility is a major loss for the area.  Mould, leaks and contaminated books have been issues for over a decade, but why was nothing done? Staff had made numerous complaints. Where were the engineers, health experts and building inspectors? What advocacy over the problems has been carried out by Waikanae ward Councillor Michael Scott?

Of major concern are the health risks of the toxic mould, which can cause cancer, and infants and the elderly are particularly vulnerable. How many borrowers have handed contaminated books and magazines in recent years?

There has been plenty of hand-wringing and “in hindsight” statements from KCDC in response to the closure, but is anyone taking the blame? As this is local body election year, voters will no doubt take into account the unforgiveable neglect of the Waikanae Library when casting their ballots.

We have an Official Information request pending for a report on the Waikanae Lbrary saga and will have more to say about this. –Eds