Source “Data from nearest weather station: Wellington, New Zealand” so we suspect all these temperatures might be a degree or so down on what they actually are.

Prime Minister Jacinda Ardern, of the center-left New Zealand Labour Party, announced in a video that if people sent to the camp refuse to be tested, they will be required to remain another two weeks after their initial two-week stay.

Ardern called the warning a “pretty good incentive” to get tested for COVID-19.

“You either get your test done and make sure you are cleared, or we will keep you in a facility longer,” she said.

“So I think most people look at that and say, ‘I will take the test.’”

Hanson told host Laura Ingraham that such draconian measures that Ardern’s orders make no sense given how little the pandemic has affected the island nation.

“They have a nation of 5 million people,” Hanson explained.

“They’ve only lost, tragically, but they lost 25 people. That’s an astoundingly low number to throw away personal freedom.”

“Here in the United States, whether it is [California Gov.] Gavin Newsom or Michelle Obama or Joe Biden, they have all said that this is an opportunity not to let go to waste” he added.

Firstly and most importantly they should govern alone. Electors have given them this mandate and that’s what most Labour voters will expect to happen. Sharing power with the Greens will only lead to trouble and the need for unnecessary compromises. In the last government New Zealand First stopped Labour pursuing particular policies like tax reform and light rail in Auckland. The Greens ministers outside cabinet such as James Shaw, Julie Anne Genter and Eugenie Sage often made decisions which were beyond their authority.

Labour has the chance to follow their party policies for three years without the need to compromise — the chance may never come again.

Move towards making the minimum wage the “living wage”. Many readers will have elderly relatives and friends in retirement villages and rest homes. Most of the carers there, who do a great job which can be unpleasant and messy, are earning very little. They deserve more, as do others who are among the lowly paid.

Increase superannuation for the elderly and consider means-testing it to exclude the wealthy – they don’t need it. Raise other benefits, but encourage under 65 beneficiaries to work.

Make replacing the Resource Management Act an urgent priority. Bring in new laws to make building less bureaucratic and time consuming, but ensure that standards are maintained. The Weatherside and leaky homes scandals showed up the dangers of lax regulation and inspection. Kiwibuild was a conspicuous failure for the last government so leave most of the house building to private enterprise. Encourage the companies who can build low cost pre-fabricated, modular homes – the government could possibly get involved in this.

Press on with the building of expressways, especially the four lane highway from Otaki to north of Levin. Expand the electrification of railways, especially north of Waikanae. Get the light rail network from Auckland city to the airport started, and in Wellington from the railway station to Courtenay Place, going past Te Papa.

The income gap can only be closed by raising incomes and increasing taxes at the top level. New Zealand tax rates are low by world standards, but there are always howls of protest if tax increases are suggested. The government should implement the recommendations on the Michael Cullen task force.

There should be a capital gains tax like Australia, the UK, USA, and most European countries. Some rates are as high at 40%+. Most tax payers are taxed on all they earn, so why shouldn’t the wealthy be taxed on their “unearned increment”? It is important to remember that, if for example the first $15,000 of income was tax-free, the wealthy would get that too.

Governments need taxes to pay for roads, bridges, hospitals, schools, pensions and benefits etc… A bigger tax take would allow for example free dental care for adults. This would be one way of reducing the disparities in living standards.

Equality and democracy for all ethnicities

Currently in New Zealand part-Maori enjoy privileged status. There are seven special seats in parliament for people with some Maori blood – about 17%, a situation which is undemocratic, These people also have a tribunal which other ethnicities cannot access, which can bring historical grievances against the government, Both the special seats and the Waitangi Tribunal should be abolished, to establish equality.

All this shouldn’t be too difficult!

My views are the same as Roger’s on most (but not all) of the things he mentions. Top priority must be given to addressing the infrastucture crisis that has developed over the last two decades because of neglect from both Labour and National Governments. Public infrastructure includes schools and hospitals as well as roads, railways, dams, power generation, ports and airports.

Before the campaign the National Party came up with a list of much of what is needed — hopefully, Labour won’t reject it just for that reason.

On the other side of the equation, the worth of several government departments is questionable, including the Ministry of Women’s Affairs, the Human Rights Commission and most of what MBIE does.  Taking the pruning knife to Public Sector bureaucracy is anathema for most Labourites, however.

All salaries paid to senior public servants over $100,000 should be frozen for at least five years.

The issue that most worries many people, however, is the threatened attacks on civil liberties, freedom of speech in particular. Leave civil liberties alone!

An update on what’s happened since 17 October and what you might have missed while party politics dominated headlines.

Councils hike rates beyond inflation despite a literal pandemic

New data has confirmed that many local councils failed to take necessary steps to avoid increasing costs for struggling households.

In March, we launched a campaign for local and regional councils to freeze rates, and were pleased to see 14 of 78 step up to the task. Most others slashed their proposed rate increases as a result of our campaign.

So why the massive increase? Simple: Auckland’s Phil Goff.

Auckland Council’s size combined with its decision to opt for a massive rates hike (despite the vast majority of Aucklanders who told them not to!) made the nationwide average rates bill grow at nearly twice the level of inflation.

The hike of rates (and increased spending) comes at the same time as those in the private sector are forced to cut costs.

The economic pain of COVID-19 will extend far into next year. If councils fail to plan for rates relief in their 2021 annual plans, they should expect a ratepayer revolt.

Another domino falls in Ihumātao omnishambles

Largely lost in the post-election coverage was another group of protestors demanding privately-owned land.

A group in the Bay of Islands are occupying private property set to be developed. Ratepayers or taxpayers can expect to fork out for the land if the protestors get their way.

This is the inevitable result of the Government’s deal-making at Ihumātao. Unless the Government changes tack and refuses to make a deal, opportunistic protesters will keep occupying land and taxpayers will clean up the mess.

Creative New Zealand has released yet another round of taxpayer-funded grants and, unfortunately, standards haven’t gone up. We’re shining a light on spending like this:

Do homeless people really need an avant-garde theatre production? Presumably, unlike Creative New Zealand, they’d recognise that taxpayer money could be put to much better use.

If you were ticketed for speeding while on the job, would you expect to be reimbursed by your employer? Unlikely, but that’s what’s happening with animal welfare fines at our taxpayer-owned farming company, Landcorp.

While analysing the SOE’s spending, one of our researchers discovered that taxpayer money is regularly being used to reimburse Landcorp farmers for animal welfare fines. Here are examples she uncovered:

Read more about the offences here.

Fines are meant to be a stinging reminder not to break the law. When the penalty is removed, so is the incentive to maintain the gold standard in animal care that we should expect from our state-owned farms.

Another story which was buried just prior to the election was Labour’s promise to hand out $75 million for “public interest journalism”.

That’s the second handout for media this year — they already received $50 million in a COVID-19 recovery package (and that was of course on top of the wage subsidy).

In all, these payments are a $125 million reason to stay on the Government’s good side.

Quote of the week 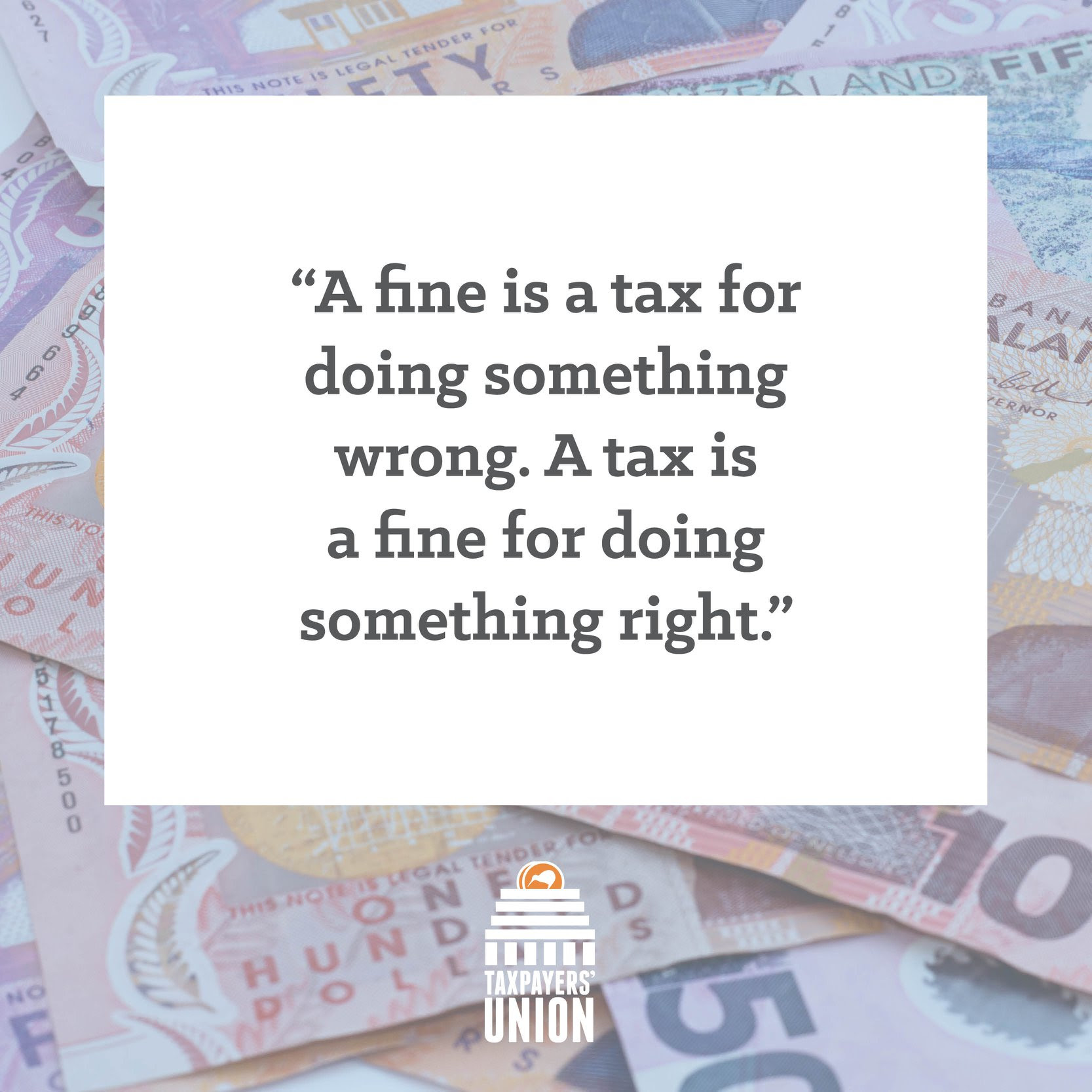 Whether or not you like the boxy look, it’s fashionable nowadays.

More pics of this house are here

A wet and stormy evening didn’t deter KCPS members and guests from attending the opening of our Vision 2020 photography exhibition on Monday 19th October at the Roderick and Gillian Deane Community Art Space Paraparaumu Library. KCPS were pleased to have the the Director of Mahara Gallery Janet Bailey to do the official opening before […]

Thus the obvious problem for authorities — given Coronavirus particles are far smaller than smoke particles (see comparison above — a coronavirus is on the left) then these mandated cloth masks offer even less protection against them. The CDC itself said as much in the early days of Cv-19, so why the change of mind? Is it all about control of people, not the virus?

Taxpayers footed a bill of more than $730,000 for the single-use ballot pens used during this year’s historic election.

Over fears sharing pens at voting booths could increase possible transmission of Covid-19, 3.6 million pens were supplied by the Electoral Commission.