We did it the hard way today. —Richie McCaw

The All Blacks are through to the final, but it was close. The game ebbed and flowed, and although the New Zealanders scored two tries to none, ill discipline gave Handre Pollard the opportunity to keep the Springboks in the game with accurate goal kicking. In the end the All Blacks were fitter and able to pen their opponents in their own 22 during the last few minutes and take the victory 20-18.

There was never going to be a French cricket score as the South Africans are too good for that. It was a victory which was ground out and there will be no over-confidence or complacency in the final as there are plenty of lessons to take from this very tense match.

South Africa v, New Zealand is rugby’s greatest rivalry.  In recent years the results have been close, though most have favoured the All Blacks. The players know each other’s play well from the regular Super 15 games and the Four Nations encounters.

At Twickenham on Saturday it was tight contest throughout and both sides tackled well and clean breaks in the backs were rare. However, the All Blacks were able to twice create an extra man out wide and both times tries were scored.

The old firm of Ma’a Nonu and Conrad Smith were solid in mid field and there would be no repeat of the superb Jeese Kriel try where he scythed through between them in the Four Nations match.

In the few scrums the Springboks had the edge, but surprisingly their lineout was wobbly losing four off their own throw. Whitelock, Read and Retallick were able to disrupt these set pieces and even when probably the greatest lineout jumper of all time, Victor Matfield, was subbed on, Whitelock took one off him.

First half ebb and flow 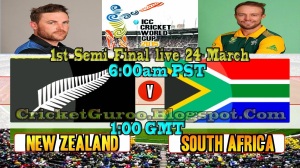 Handre Pollard was deadly with his shots at goal and regular All Black infringements were efficiently punished with four successful penalties. The All Blacks scored an early try when Carter set McCaw away 20 metres out on the right flank.  The captain popped a high pass to Jerome Kaino who took it above his head and touched down in the corner.

Kaino was playing very well, but blotted his copybook when he stupidly dribbled the ball back towards the All Black side when in an off side position. His ten minutes in the bin was not what was wanted with half time looming and the Springboks 12-7 ahead.

In the first half the South Africans had the edge in the loose and turned over more ball with Duane Vermeulen, Schalk Burger and Francois Louw featuring prominently.

Ahead at the beginning of the second half and with the All Blacks down to fourteen for 9 minutes, it was the ideal time for the Springboks to extend their lead.

However the All Blacks dug deep and an unexpected but successful drop goal by Carter reduced the gap to 12-10.  Then the Springboks lost Habana to the bin for a cynical slap down through a ruck. (He should have been off minutes earlier for knocking Milner-Skudder over without the ball.)

However, a try did come with some superb judgement from Nonu — he received the ball about 30 metres from the Springbok line and ran hard for the corner taking two defenders with him. Replacement Beauden Barrett was in support and a well timed pass put him in for the second try.

But the All Blacks continued to infringe and the Springboks closed the score to 18-20, putting them just a drop kick away from victory. However, the superior fitness of the New Zealanders was starting to tell and judicious substitutions by Steve Hansen meant that the team could take advantage of the tiring South Africans. For the last five minutes the play stayed inside the Springboks 22 and the game was won.

The All Blacks were worthy winners, but there were mistakes they would not want to repeat in the final: head high tackles, too many ruck infringements and losing a player to the bin at a crucial time.

The Australia – Argentina clash is intriguing. If they can play their best the Wallabies should win, but the Pumas have impressed throughout the World Cup, especially in their demolition of Ireland in the quarter-final. The Australians had a mixed game against Scotland and they know that the Pumas are a well balanced, skillful side with a strong pack and fast backs.

It’s hard to pick a winner, however, either way the All Blacks should be ready. They will also relish having an extra day to prepare.