The country is facing varying degrees of lockdown, but the work of the Free Speech Union continues (albeit from home offices) no matter the alert level. 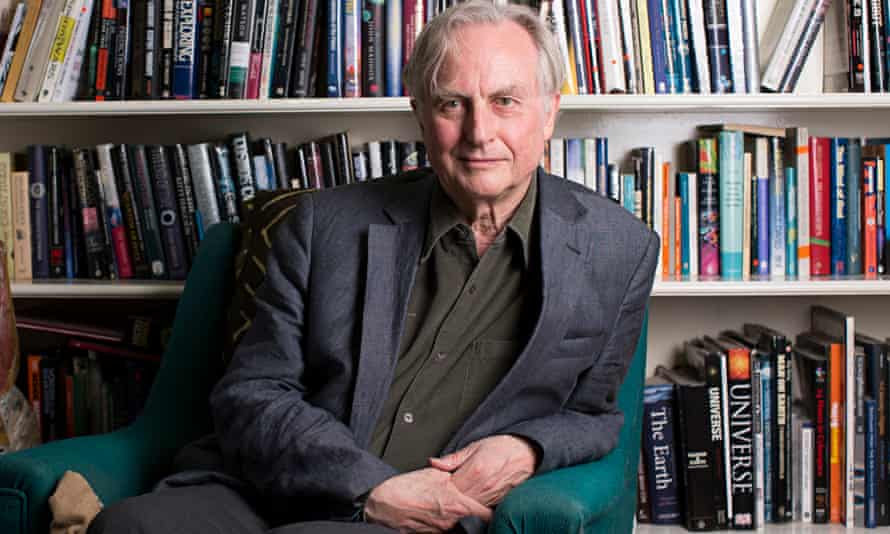 World-renowned author and humanist Richard Dawkins tweeted in support of the Free Speech Union recently after we stepped in to support a Waikato University lecturer’s fight for academic freedom.

Dr Raymond Richards faced potential disciplinary action for his lectures about methods of critical thinking in history after he referred by way of example to “religious cranks” who said the earth was flat and that dinosaurs and Adam and Eve had met.

Our lawyers sent a letter to the University reminding it of its responsibility to uphold academic freedom. I’m pleased to report that the University appears to have u-turned on their treatment of Dr Richards – a small but significant victory to tell the tertiary sector that we are watching…

Richard Dawkins tweeted “University authorities who think that the “hurt feelings” of flat earthers and evolution deniers matter more than scientific truth need to go back to university to learn what a university is for” alongside a link to the press release we put out about the matter.

He followed it up with “Stand up for scientific truth and clarity of language. You don’t go to university to feel “safe” in your “feelings”. You go to be challenged, and to learn how to deal with challenge.”

Despite the tweet garnering almost 2000 retweets and 12,000 likes, New Zealand media didn’t care to comment on the Dr Richards/Waikato issue. Nor did the Tertiary Education Union. Weird…

Dr Richards wrote to us expressing his gratitude for stepping in to help him when the Tertiary Education Union wouldn’t:

A big THANK YOU to you and the Free Speech Union for battling on my behalf. The Tertiary Education Union refused to help – while they are organising a conference on academic freedom at the end of this month. What hypocrites! Your release of 4 August was superb, including the line “We are not confident that the TEU would wholeheartedly fight for the free speech of members they disagree with should they need to.”

The university has not changed its view that it has a lawful role as censors of lectures. Remember, they did not object only to my use of the word “cranks”. They objected more broadly to making religious students feel uncomfortable – as when I lectured that knowledge comes from research, not revelation. Richard Dawkins tweeted on my behalf, so the University has brought itself into disrepute internationally.

More than three-quarters of submissions received by the Ministry of Justice on the hate speech proposals came from our supporters using the FreeSpeechSubmission.com online submission tool.

Out of approximately 20,000 submissions, more than 15,000 came from Free Speech Union supporters like you.

And it is pleasing to see so many of the submissions were from members of minority communities. Contrary to claims by the likes of the Human Rights Commissioner, Kiwis are waking up to how free speech protects diversity and minority interests.

But the fight isn’t over. It appears that rather than backing down, the Government is gearing up for a major political push to back hate speech laws. The Human Rights Commission is currently employing seven spin doctors on an average salary of over $120,000 a year to try and push these reforms.

Surprisingly, despite their well-staffed and paid team, they haven’t managed to find a moment yet to respond to our requests for an interview with the Human Rights Commissioner, Paul Hunt.

In the meantime, more than 40,000 Kiwis have signed our “Save Free Speech” petition against the Government’s proposed hate speech laws. If you’ve not already, help get us to 50,000 and beyond by clicking here and sharing the petition on Facebook.

Our submission to the Parliamentary Justice Select Committee on the Conversion Practices Prohibition Legislation Bill raises concerns regarding portions of the Bill and calls for amendments to lessen the impact on free speech.

The Free Speech Union does not take a position on the proposed legislation’s purpose beyond the implications it has for all Kiwis’ freedom of expression. The issues we raised echo the concerns many of our members have voiced, especially pertaining to parental speech rights and the freedom of religious expression. The Government’s own advice on this matter raised concerns about free speech rights under the New Zealand Bill of Rights Act. This explainer runs through the key arguments we made and our concerns.

Join us tomorrow night, 7 September, at 7pm for a discussion on our Facebook page with leading Australian experts, commenting on their equivalent conversion therapy legislation and their views on New Zealand’s bill which is currently before Parliament.

If you haven’t liked our Facebook page, it’s a great way to stay in touch with us (and you’ll get a notification when we go live). Have a look at some of the most recent material we’ve been putting up.

Now that the battle against the Government’s proposed hate speech laws has cooled down while the Government considers the submissions, the Union is putting in lots of effort behind the scenes into ramping up our advocacy services.

We are currently compiling a list of volunteers in different fields who would be willing to be called upon if the Free Speech Union ever required their expertise in a free speech battle.

We ask that anyone interested in volunteering with relevant expertise, particularly lawyers (including retired lawyers), employment advocates, journalists, academics and community leaders, to let us know by replying to this email.

Remember how we crowdfunded successful Court proceedings so that Speak Up for Women could hold a meeting in a library about proposed law changes before Parliament? It turns out the exercise cost the Palmerston North City Council more than $30,000 to defend its outrageous deplatforming.

Also revealed under freedom of information laws, not a single member of the public had actually laid a complaint about the proposed event. It appears the deplatforming was motivated by two of the City’s own councillors.

Stuff reports it was two Councillors, Rachel Bowen and Lorna Johnson (pictured), who kicked up a fuss about the meeting taking place and instigated the costly litigation.

Palmerston North ratepayers are now out of pocket by tens of thousands of dollars due to the decision to try and cancel the booking. But in a statement to Stuff, the Council said it had “no opinion” about the costs it incurred.

In his decision, Justice Gerald Nation said the booking cancellation involved a “serious failure” to recognise Speak Up for Women’s rights under the Bill of Rights Act.

Is the dictionary definition of the word ‘woman’ hate speech? Advertising Standards Authority says ‘no’.

The feminist group Speak Up for Women has also had another free speech victory. This time against activists who claimed the Oxford dictionary definition of the word ‘woman’ to be transphobic hate speech.

A few weeks ago we told you about how a billboard in central Wellington was pulled down within 24 hours because (you couldn’t make this up!) the dictionary definition of “woman” is, apparently,  “trans-exclusionary” and therefore may be “hate speech”.

Here’s the billboard Speak Up for Women put up:

Pressure from activists saw the billboard swiftly pulled down:

The Advertising Standards Authority received 34 complaints about the billboard. In substance, the complaints argued it was a “dog-whistle”, and a phrase used to insinuate that transgender women are not women, demeaning their gender identity.

Complainants also argued the advertisement was a threat to the health of some of this country’s most vulnerable and it could make them feel unsafe and unable to be open about their identity.

In a win for common sense, the Complaints Board said the advertisement did not reach the threshold to be likely to cause harm or serious or widespread offence. It held that while some consumers were offended by the advertisement, the Advertiser, in the context of advocacy advertising, had the right to express its view on the definition of “woman”.

This ruling is a relief to those of us who value free speech and clarity of language. If dictionary definitions can be deemed ‘hate speech’ by authorities, then our democracy has well and truly lost its way.

The New Zealand College of Midwives was soon going to be hosting its biennial conference but cancelled yesterday due to the current Covid-19 alert levels. Last week it started facing mounting pressure from gender activists for its inclusion of U.K-based best-selling author and founder of the positive birth movement, Milli Hill, as a keynote speaker.

The ‘Rainbow Midwives Alliance, ’ which had no online presence prior to launching the campaign, launched a petition on “ActionStation” calling upon the College of Midwives to “remove transphobic keynote speaker & make the conference a safe space for all”.

The petition accuses Ms Hill of “actively perpetuating harm within rainbow communities” and of “sharing hate speech toward gender minorities” but provides no evidence or examples of how Ms Hill has done so. We stood with Ms Hill and called on the College of Midwives to keep her as their keynote speaker.

Ms Hill has come into hot water for questioning the term “birthing people” to refer to pregnant females instead of saying “women” or “women and birthing people”. She has also suggested that obstetric violence is violence against women. You can read an in-depth account of her experience of being smeared and silenced for these views on her personal blog.

A counter-petition was swiftly launched and amassed more than 4,300 signatures – more than double the signatures of the ‘Rainbow Midwives Alliance’ petition. 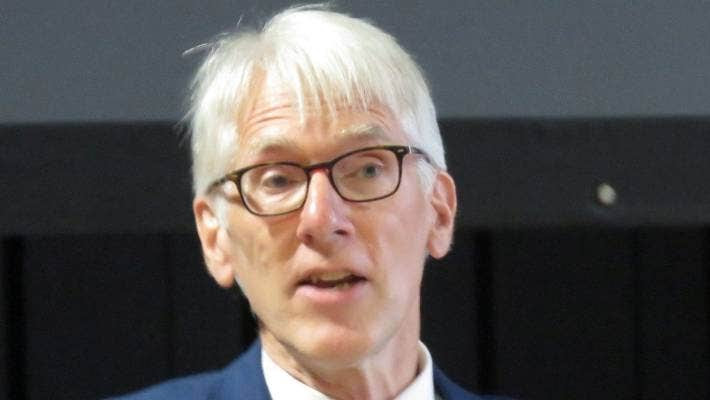 Paul Hunt, the Chief Human Rights Commissioner, has once again waded into the hate speech debate with platitudes and bogus arguments after failing miserably to convince New Zealanders on the issue.

Unfortunately, the article is behind the Herald’s paywall but some of his musings include:

“Whether offensive words fall one side or the other side of the legal threshold for hate speech, the message is clear: abusive speech is unacceptable.” and

“We must give more attention to challenging vile speech, whatever side of the legal threshold it falls.”

He also reminds us that

“The Human Rights Commission already calls out vile speech, whether it is lawful or unlawful. We must do this more often and consistently.”

Wait, what? Since when is it a Government agency’s business to “call out” lawful speech?

We say this overreach is particularly egregious from the agency which is explicitly tasked with upholding freedom of expression ⁠— it shouldn’t be seeking to undermine it by calling out anything Paul Hunt doesn’t like!

Naturally, Mr Hunt justifies his censorious tendencies by pointing to the fact that his valiant efforts are aimed at protecting minorities. Isn’t he a good guy?

Dane Giraud, a member of the Free Speech Union Council and Jewish community, takes issue with Paul Hunt speaking on his behalf. The response to Paul Hunt’s piece entitled ‘Mr Hunt, you don’t speak for me’ is on our blog here.

Anna and Dr Morris discuss why they don’t support the proposed hate speech laws (in spite of the abuse they commonly receive as a minority political group challenging the mainstream), the many misconceptions about veganism, and present the potentially “devastating” implications of the Government’s hate speech proposals could have for animal rights (and by extension all activism).

You can listen to the podcast here. Alternatively, you can find it on Spotify, Apple, or wherever good podcasts are sold by searching for ‘Free Speech Union’.