Both TV1 and TV3 at the beginning of May produced items predicting ‘shocking’ sea level rises of varying amounts in the years to come based on claims made by Richard Levy and Tim Naish.  NZ Geographic also had an article on sea level rise with quotes from the same people.  (Although the magazine is called New Zealand Geographic, it uses the concocted, historically unfounded name Aotearoa throughout its articles.)

I have written previous articles about scaremongering tactics regarding sea level rises, so I will just give a brief summary here. As far back as 1989, the instigator of this climate fraud the UN, and later its mouthpiece the IPCC (The Intergovernmental Panel on Climate Change), said we had to act to reduce CO2 levels by the year 2000 otherwise we may face a sea level rise of nearly a metre and several countries would be inundated by then. When this didn’t happen they then made the same predictions for 2015 and again for 2020. At one stage they said Pacific Islanders in low lying islands would have to move to New Zealand.  Of course none of this happened. Together with “Climategate”, how could anyone trust the IPCC?

Well let’s look at the actual sea level rise at present.  The IPCC two or three years ago estimated the global sea rise to be around 1.8mm per year. I have seen this figure elsewhere. We are currently nearing the end of sea level rise after the last glaciation. During that glaciation, sea level was about 120 metres lower than at present. With warming, sea level rose to today’s level. Of course we had the Little Ice Age superimposed on that also.

The above graph is an average of all the places listed. A mathematician can fit an approximate equation to this graph and hence we can predict the rise in sea level in the next few years. This graph takes us right up to the present day. Note that the graph is levelling out. Sea level rise is very small and still decreasing.

Honest scientists are the ones to listen too

At 1.8 mm per year by the year 2100, 78 years from now (at the present rate), sea level will have risen between 5 and 6 inches or about 14cm. However, since the rate is still decreasing, the actual rise will be less than that perhaps about 2-3 inches, or 50-75 mm. So we do not need to worry about sea level rise! More so because many honest scientists now consider the earth is already cooling and they predict we may be right at the start of another little ice age. If this is the case, oceans will cool and contract and sea level will fall. Already the Northern Hemisphere has been experiencing record low temperatures. NZ is surrounded by sea which due to its large volume takes longer to cool than landmasses, so for the time being NZ is insulated.

Diminishing solar activity may bring a new Ice Age by 2030

The arrival of intense cold similar to the one that raged during the Little Ice Age which froze the world during the 17th century and in the beginning of the 18th century, is expected in the years 2030-2040. These conclusions were presented by Professor V. Zharkova from Northumbria University during the national Astronomy meeting in Llandudno in Wales.

This came from Germany in 2017

Solar physicists from Germany have issued a warning that Europe is about to enter a mini ice age in the next few years.

Although most scientists agree that the Little Ice Age took place, many dispute its extent. Some insist it was localised over the North Atlantic region. But now there are dozens of studies that show it was in fact a global event.  That should make us worry.

These comments from Astrophysicist Piers Corbyn :

“Contrary to what politicians are trying to foist on you, a new mini ice age- a new Maunder Minimum- has already occurred. We are now plunging now into a deep mini ice age and there is no way out. For the next 20 years it’s going to get colder and colder on average.” Says Corbyn: “Carbon Dioxide levels do not have any impact – I repeat, any impact on climate” says Piers: “The CO2 theory is wrong from the start.  The fact is that the sun rules the sea temperature, and the sea temperature rules the climate.”

NZ was once part of a large southern hemisphere landmass called Gondwana.

NZ has not always had the same shape — far from it in fact.  Each Geological period brought a new shape for the country, see below. 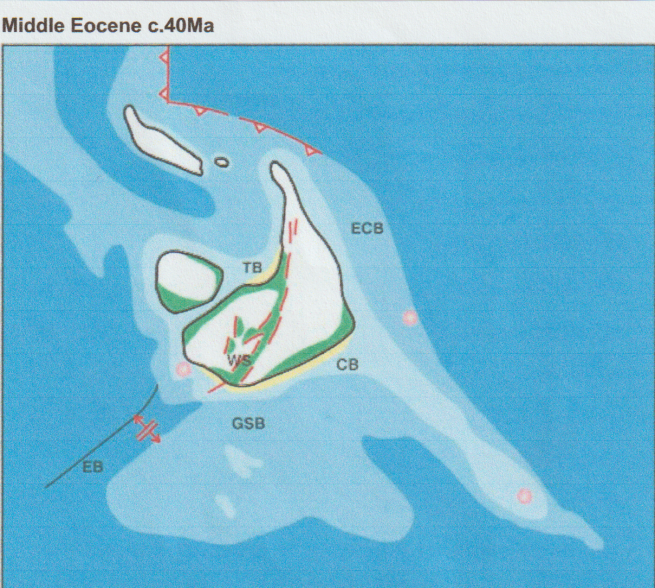 There is nothing is static as regard landmasses.  Of course the other thing is that these changes take place very slowly. A typical landmass rise or fall may be only about 1–2 mm per year.  This is happening in NZ right now. In another 40 million years you will not recognise the shape of the country would be unrecognizable.

On top of this, the Earth’s surface is divided into ‘Plates.’ It is along the lines between the plates that earthquakes and volcanic action occur.  A plate boundary runs right through NZ — the Alpine Fault. On the eastern side is the Pacific plate and on the western edge, the Australian plate. Sometimes, one side of a plate boundary is pushed down and sometimes up. So movement of a landmass is always occurring. Some parts of a coast may be rising, some parts may be sinking. This has nothing to do with humans, NOR climate.  We cannot stop it. But a sinking coastline is not a rising sea level. All the continents are basically floating.

The plates move because of the slow movement of the hot softened mantle that lies beneath the solid plates. The circulation of the mantle carries the continents along like items on a conveyor belt.

Ice Melt at the Poles

The author of the NZ Geographic article called A Map for the Future, Veronika Maduna, states in her introduction that predicting sea level rise needs to take into account (among other things), Arctic meltwater. I have seen this quoted over and over again by alarmists. It is totally incorrect. Anyone can check this. Fill a jar say 2/3 full of water and put three or four normal size ice cubes in it. They will, of course, float. Mark the level of the water with the ice cubes in it. Come back later when the ice has melted and check the mark. You will find no change. The melting of floating ice does NOT raise the water level.

Let’s take a cube of water within a container of water. Then suppose we can turn this cube of water into ice.  Now ice is a solid and water a liquid. To keep the ice solid and rigid it produces bonds. These bonds take up room so the original volume of the water cube is increased. So the ice cube formed is bigger than the water cube.  Now most readers will remember from science classes the little formula: Density = mass divided by volume.  D=M/V. So if the volume increases as with the ice then the density must decrease. (the mass stays the same) Let me illustrate.

Suppose the mass was 10 and the volume was 2 then the density would be 10 divided by 2 ie 5  (D=M/V). Now if the volume increases to say 5 then the density now is 10 divided by 5 and that gives a value of 2. So what I am getting at here is that the density of the ice is less than that of the water. So that’s why ice floats.  Now the bit of ice above the water line can be considered the extra room taken up by the bonds. When the ice melts the bonds disappear so the melted ice just fills the original cube. So there is no change in the water level.

The Arctic is just floating ice — no land underneath. It can all melt with NO rise in sea level.  Any continent which is covered in ice, because it is essentially floating, will rise very slowly after all the ice has melted. The ice pushes the continent down because of its huge weight. When that weight is released the land rises. So sea level may rise but the land rises too, but very slowly, lagging behind the sea level rise.

Now and then we get what are called king tides. The moon influences the tides. Millions of years ago the moon was much closer and tides were horrendous-probably several hundred metres. The moon is very slowly moving away so tides will gradually get less and less. A king tide occurs when the orbits of the Earth, Moon and Sun combine to produce the greatest tidal effects of the year.

If a strong wind is behind an incoming tide, then waves can be pushed high up on the shore- nothing to do with sea level rise. Since the prevailing wind in NZ is from the West, the West coast of both Islands suffers from coastal erosion. So TV makes hay out of this and shows water over roads and causing damage to property, the implication being that humans are to blame for making the Earth’s temperature higher. These kinds of pictures are always shown when the news is about climate change. It’s nothing to do with climate, nor humans. Just more propaganda.