Magnolia and cherry blossoms in the eastern part of Te Moana Road.

Consider the lilies, how they grow: they neither toil nor spin, yet I tell you, even Solomon in all his glory was not arrayed like one of these. –Luke, 12.27

In awe of the patterns of nature

From our dining table we look out at trees of many colours. However, at this time of the year the deciduous species are the most fascinating.

Every day there are more leaves or flowers, or both. Spring is a wonderful season as there is new growth and plenty of it, especially if there is a lot of rain as well as warmth.

It can galvanise us into the well named “spring clean” and it is a time of cleaning out rubbish and surplus material, mowing lawns, weeding gardens and planting flowers and vegetables.

The flowering of trees is a magical experience and always occurs in the same sequence. If you have flowering cherries, magnolias and other deciduous trees, you know that they always bloom according to a natural order.

We appreciate that the neighbour’s tree will be an early one, the one down the road will be a little later and after that, our magnificent cherry will bloom for all its worth.

The sequence is always the same. It’s certainly great to have some predictability and continuity in a changing world.

Spring courtesy of the sun and the tilted Earth

The Sun is the engine that generates our weather. Because the Earth orbits around the Sun every 365 days or so, and revolves on its tilted axis, we get our seasons.

The spring (vernal) equinox for the Southern Hemisphere occurred late in September. At this time the “overhead sun” crossed the Equator on its “journey” south to the Tropic of Capricorn in late December.

Consequently, because the angle of the sun’s rays is more “direct” and the southern hemisphere is slightly closer to the sun at that time of the year, temperatures are warmer. Down in Antarctica they get their first sunlight for many months.

It does the heart good to get the warmer weather and the longer daylight hours, and it brings more social interaction, and the barbeque gets a well-earned clean. There is also more time in the evenings to get out in the garden, stroll along tracks or on beaches, or just have a wine, beer or G&T on the deck. 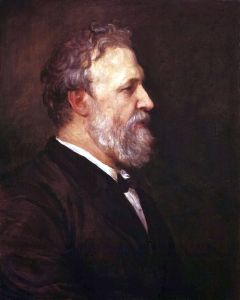 Of course, north of the Equator in America, Britain, northern Asia and Europe — they are just about in autumn, which they consider beginning at the 21 September equinox, appropriately called the Fall in Canada and the U.S. [Autumn is also used there —Eds], and their Spring will come late March and April. This is when the overhead sun is still “travelling” north.

English Poet Robert Browning put the feelings about Spring into verse in Home-thoughts, from Abroad:

O, to be in England
Now that April ‘s there,
And whoever wakes in England
Sees, some morning, unaware,
That the lowest boughs and the brushwood sheaf
Round the elm-tree bole are in tiny leaf,
While the chaffinch sings on the orchard bough
In England—now!