Reducing from Lockdown Level 4 to Level 3?

The Prime Minister’s announcement on Thursday that Cabinet will make the decision on Monday whether this will happen once the four week Level 4 lockdown period ends at midnight on Wednesday is good news.  The prospects for it happening are good, as on Friday 17 April the number of new Covid-19 cases reported fell to single figures and none of these were from ‘community transmission’.

Level 3 will mean that at least half a million people will be able to return to work, notably in jobs like construction, road building and forestry, as well as in workplaces where a ‘safe environment’ can be assured. Children up to Year 10 (the old Fourth Form), can go back to school. This is not compulsory and the government still recommends that parents and guardians, who will still be at home, keep their kids there too if possible.

Some people are worried that kindergartens and schools could be dangerous places for picking up Covid-19, but if no-one goes to school with the virus, it can’t spread.

If the New Zealand economy is to recover, the boat has to be pushed as soon as it’s safe. The indications are that the level of safety is improving rapidly. 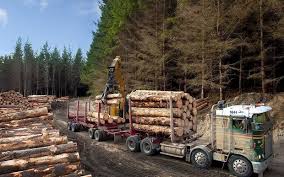 The payouts to affected businesses and individual employees continue and the government is working on support for those workplaces which will resume under Level 3 and lower. Obviously, recovery will vary from sector to sector. It is interesting that farm exports actually went up in value in March compared with last year. However, the forestry trade decreased by over one third. Nevertheless, the timber enterprises are gearing up to resume under Level 3 with orders stacking up.

The hospitality sector, notably bars, restaurants and cafés, will probably pick up business quickly once Level 2 is resumed. (Under Level 3 takeaways will be allowed, so there will be a transition back to ‘normal’ trade.)  Retired people, who are the mainstay of the mid-week café culture, will want to patronise their favourite haunts once it’s safe. 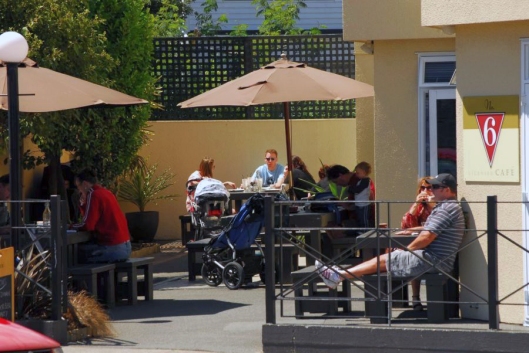 Two sectors where recovery will be slow are tourism and travel. Our borders will be closed for months, so the usual influx of people coming in from overseas won’t happen for a year or longer. The exception may be from Australia, where the return to ‘normality’ is likely to mirror New Zealand’s.  Traditionally travellers from across the Tasman are the biggest source of winter tourists, notably skiers.

Domestic travel will be opened up relatively soon and so internal tourism will be promoted. Obviously, it’s vital that the airlines ensure that fares are at a level to encourage the movement of people around the nation.

Will there be a Depression?

The government signalled earlier in the year that a major package of infrastructure projects was being considered: Auckland and Wellington local authorities (and there will be others) have put forward their wish-lists. Hopefully, these projects can absorb some of the unemployment from other sectors such as tourism.

The country is already in recession, but the reopening of the full economy beyond ‘essential services’ will see growth pick up.

As regards vital overseas links, cooperation with Australia and Singapore, possibly South Korea and China also, should result in a ‘soft landing’ in the post-lockdown era. All countries will be keen to return to some sort of economic normality and the big ‘quantitative easing’ (government cash injections), around the globe will help this process.

1 thought on “the Road to Economic Recovery”