As far as we can tell, the main cost to the NZ taxpayer of being a monarchy is that of the Governor General, their premises and staff — and that would be incurred regardless if there was another state figurehead in a republic. —Eds 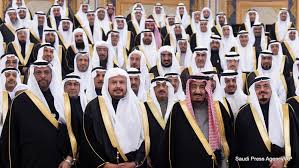 The British Royal family is collectively worth ‘only’ $US 88 billion compared with the net worth of over $US 2 trillion of the Saudi Royal family (the House of Saud).

However, most the Crown’s assets are not personally owned: for example, Buckingham Palace, Kensington Palace, St James Palace, Windsor Castle, and the Tower of London belong to the Crown estate, and cannot be sold.

Nevertheless, Balmoral Castle, Sandringham House and Frogmore Cottage and others belong to the Queen personally, and could be sold if she wished. But the Crown Jewels, the Royal Art collection and the Royal Library are all Crown assets, which cannot be disposed of by the royals.

The actual worth of Queen Elizabeth II is estimated at about $US 520 million, which places her 144th most wealthy person in Great Britain. This means that she is not as wealthy as some New Zealand mega-rich like Graeme Hart, Michael Fay and David Richwhite, the Todd family, or the American billionaire Julian Robertson who lives in New Zealand.

The British Royal family generates an income of about $2.3 billion to the British economy from tourism and visits e.g. Trooping the Colour, Changing of the Guard, VE day and Remembrance day, Royal weddings, etc. So I think that they are more value for money than the Saudi Royal Family, who are despots anyway.

Britain has had a constitutional monarchy since 1215 when King John signed the Magna Carta (Great Charter) and more so since 1265 when aristocrat Simon de Montfort won the right from King Henry III for the nation to have a parliament or assembly of the “Commons”. Before these times, there was an absolute monarchy when the King (or Queen) held complete power over their people, including the noblemen and the serfs. However, he/she did consult with chosen “Councillors”.

Diana Spencer was not of royal blood despite connections. I guess Megan might have sensed that and the vibes from the others might not have been all that positive. Therefore I was,  not surprised they have ‘pseudo-left’ the Royal Family.

I know that Royal visits cost quite a lot, but it’s less than $1 per British person per year, not bad value really. It is true that the British taxpayer funds the ‘civil list’ which for the Queen alone is $97 million per year, but they get value for money from her knowledge and diplomacy. It’s the royal hangers-on and other members of the extended family who are a bit of a drain.

Depending upon the Queen’s circumstances, I think once Prince Charles gets his crown he will slim down the Monarchy, which has been economising recently, and also cut back on members of the royal family who receive a civil list allowance, e.g the Queen’s cousins, the Duke and Duchess of Kent, Duke and Duchess of Gloucester and Prince Michael of Kent, and Princess Alexandra Ogilvie, etc.

Already, the children of Princess Margaret get nothing from the civil list, and they had ordinary jobs, and Princess Anne’s children have ordinary jobs and receive no civil list income, and don’t have royal titles.