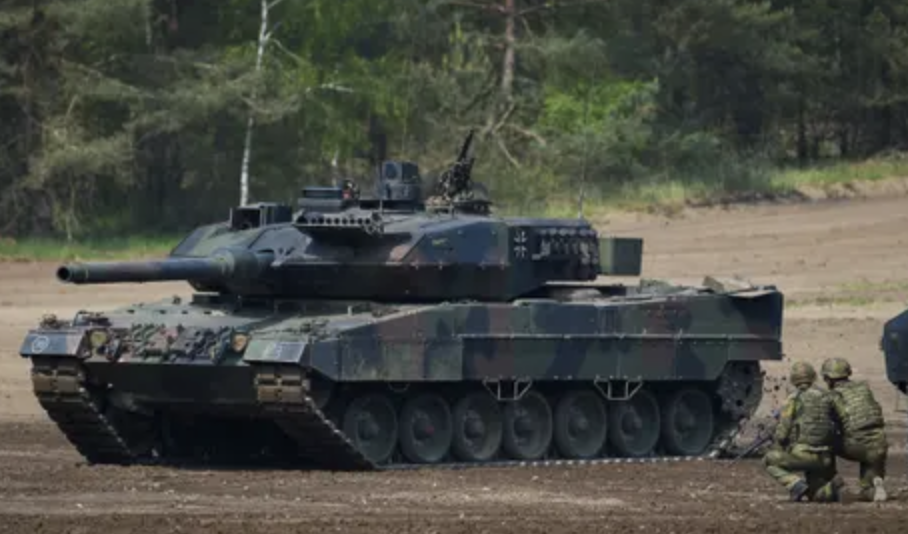 NATO leaders are irked that Germany is not sending tanks to Ukraine. Western media is bending over backward to let you know that this is a temporary speed bump to continued Western aid to Ukraine.

The Wall Street Journal goes too far as to say that this is not an indication that Europe has sanctions fatigue. Quite the contrary, they lead their coverage of this rift by saying, “Europe is winning its energy war with Russia. The region’s economy and politics are proving more stable than its leaders feared earlier in their confrontation with Moscow. Now the question facing them is whether they want Ukraine to win the shooting war.”

What a way to lead a story!! On what basis is Europe winning the energy war? By reverting to coal? By seeing skyrocketing energy prices? This is a strange way to tell you that Germany is taking a pause on dragging out this war.

The German foreign intelligence service reported that Ukraine is losing a “three-digit number” of soldiers each day and that the nation is “alarmed” by this loss of life. Rightly so.

Many Europeans do not want to be dragged into a war with Russia and that is becoming increasingly clear. In response to Germany’s refusal to send the tanks, the Prime Minister of Poland says that he will set up a “smaller coalition” to hand over the tanks, which are currently in Poland. Ukraine said Friday that it would be training soldiers to use these tanks in Poland, while Russia says that these types of supplies will “change something” on the battlefield.

As regular readers know, we’ve posted several videos on the subject, not just to decry the warmongering Military Industrial Congressional Complex, but to give the other side of the story.  Western Legacy Media have turned it into a propaganda war, giving constant distorted, inaccurate and dishonest accounts on behalf of the MICC.  They make no mention of the 8-year war that preceded the Russian invasion, and the historical disputes; no mention of the true nature of the Ukrainian regime the Obama administration installed in 2014.  It would be easy to refer people to the Russia media, as does The Daily Telegraph NZ, to get the other, truer side of the story, but we think the better approach has been to give the analyses of American experts who disagree with what their government is doing. —Eds