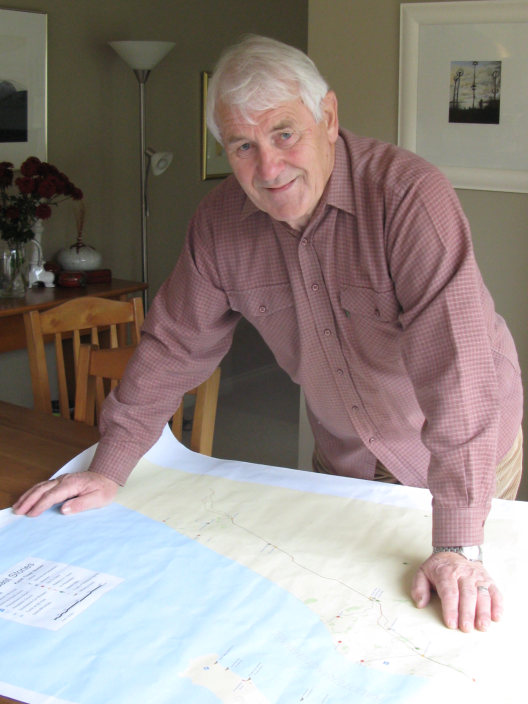 After having been in recess for a number of years, the local historical society was resuscitated in September. At the first meeting, Waikanae historian John Robinson spoke on local tribes making peace in 1839-40; former U.S. Marines major Larry Keim, now resident in Raumati, was the speaker at the October session.

To complete the short 2018 program, local historian Anthony Dreaver will talk about:
‘The Paraparaumu Problem: does it have a history?’

He observes that compared to Otaki, Waikanae and Paekakariki, Paraparaumu started late, developed slowly and appears to lack interest until the boom years of the late twentieth century.

In earlier times Anthony taught in Central Hawke’s Bay, Horowhenua and at the
Correspondence School. He has a special interest in the history of the Kapiti/Horowhenua region and has written histories of Horowhenua County and of Levin; also a biography of local scholar, tramper and photographer, Leslie Adkin.

For many years he edited the Otaki Historical Society’s annual Journal and as Chair of the Trust that runs Paekakariki Station Museum he curated the museum’s exhibition about three local Marines camps. He is a foundation member of the Kapiti U.S. Marines Trust. He has also promoted local history through adult education courses, bus tours, talks and contributing to a heritage trail.

The Kapiti Historical Society will hold its first full AGM on Tuesday 12 February in
Waikanae.