Yet another greenie expedition to the Arctic to raise awareness of ‘global warming’ has been scuppered by unexpectedly large quantities of ice.

This brings to a total of six the number of Ship of Fools expeditions where weather reality has made a mockery of climate theory.

According to Maritime Bulletin:

Arctic tours ship MS Malmo with 16 passengers on board got stuck in ice on Sept 3 off Longyearbyen, Svalbard Archipelago, halfway between Norway and the North Pole.

All 16 Climate Change warriors were evacuated by helicopter in challenging conditions, all are safe. 7 crew remains on board, waiting for Coast Guard ship assistance.

The reporter, Erofey Schkvarkin clearly has a sense of humor. He adds:

Something is very wrong with Arctic ice, instead of melting as ordered by UN/IPCC, it captured the ship with Climate Change Warriors.

It appears the Mainstream Media has failed to get the memo. Here is a tweet from Reuters which appeared after the ship got stuck in ice. (h/t Stewgreen)

The town of Longyearbyen, Norway, is the northernmost — and the fastest-warming — town in the world, where glaciers melt, coffins rise from permafrost and avalanches sweep away houses. More dispatches from a climate-change frontier: 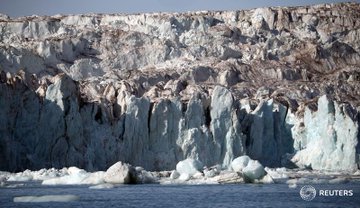 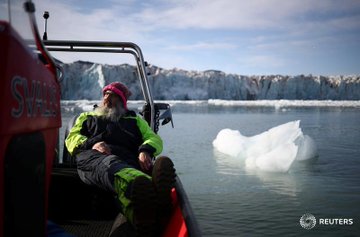 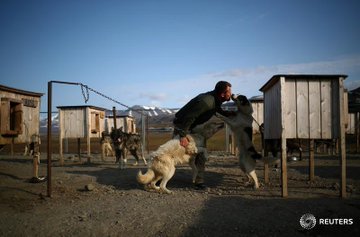 10:12 PM – Sep 7, 2019
Here is another hysterical story about Longyearbyen that was written by the Guardian earlier in the year – with a correction that puts the nonsense in context.

Here is the Ship of Fools list of shame

Ship of Fools 1: Australian climate researcher Chris Turkey and a crew of climate alarmists on a mission to demonstrate just how much Antarctic ice has been affected by global warming get stuck in unexpectedly thick ice and have to be rescued by helicopter.

Ship of Fools II: Arctic expedition led by veteran explorer David Hempleman-Adams to raise awareness of “permanent irreversible change in the sea ice landscape of the Arctic” caused by global warming is ruined by unexpectedly large quantities of ice.

Ship of Fools III: Global warming research study in Canada canceled because of ice. “It became clear to me very quickly that these weren’t just heavy ice conditions, these were unprecedented ice conditions” claims the lead scientist, blaming it on “climate change fully in action” and calling it “a wake-up call for all of us in this country.”

Ship of Fools IV: Arctic Mission sailing expedition to the North Pole to raise awareness of global warming has to turn back after yachts find their passage blocked by large quantities of an unexpected frozen white substance.

Ship of Fools V: Scientists, students, filmmakers from University of Rhode Island’s Inner Space Center on a mission to “document climate change effects” in the Canadian Arctic Archipelago have to be rescued after the ship is damaged after grounding on unexpected hard, bluey-white substance floating on the sea.

Note that the above article is from last September at the end of the Northern Hemisphere summer.