In China, where the epidemic began, the daily case numbers continue to drop. On Wednesday, just 24 new infections were reported, 10 of which involve people who had travelled abroad, suggesting a lower rate of community transmission, according to health authorities. NPR, Thursday, 12 March 2020

We have only had 5 confirmed cases in New Zealand so far and the government and Health Department can take some of the credit for that. There is a ban on air travel from China and Iran, and people coming in from South Korea and Italy do self-isolating. Clearly, it has been working. There have been daily updates from the prime minister and the Director General of Health.

The Parliamentary Opposition has generally been supportive about what is being done and the Minister of Health, David Clark has been briefing his National counterpart. Simon Bridges has sensibly distanced himself from the idiotic “panic buy” comments of MP David Bennett. Meanwhile Minister of Finance, Grant Robertson, has been talking to the banks, and plans are afoot for assisting industries and businesses affected by the decline in tourism and the timber and dairy trade.

The big drop in the spread of Covid 19 in China where it all began is encouraging, however, Europe and the United States have increasing numbers of cases.

America – slow off the mark

Unfortunately, President Trump was at first calling Coronavirus a hoax and later said Keep calm, it will go away.  Federal health officials wanted major government action early on, but now Trump has banned travel from 26 European countries (excluding the UK and Ireland), which has understandably upset the European Union. There was no consultation with European governments. 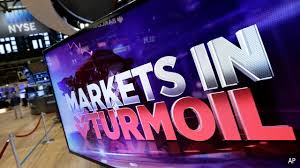 His action has sent stock markets into a tail spin [world-wide panic is the main factor — Eds] and the Dow Jones was down 10% today – the largest one day fall since the Global Financial Crisis of 2008. The travel ban will have widespread economic ramifications for the US from fewer tourists coming in on planes to falling trade for taxi drivers, the accommodation and hospitality industries and so on.

The evidence so far has shown that few people have actually caught the Coronavirus on planes, although obviously it has reached various countries via people who have come in from affected areas. For the United States, Covid 19 is in the country and a selective ban — perhaps stopping travel from Italy, the worst affected European country – rather than prohibiting visitors from 26 countries, would make sense.

Trump has long hailed the strength of the stock market as a measure of the success of his presidency, but now it is falling dramatically along with business confidence. The European travel ban is for 30 days, but officials have sensibly said they will look at removing it earlier if possible.

How to handle a crisis

New Zealand has shown good sense in dealing with the Coronavirus emergency so far, and government and officials are to be commended. National has suggested travel bans from Italy and South Korea but, so far, not doing so has not had any adverse effects.

By comparison, the American government did not take Covid 19 seriously enough early on and now with an impulsive travel ban the Trump administration is causing unnecessary economic uncertainty.

It’s highly unlikely that financial markets react simply to observations by politicians — they look to official facts and figures — and in the absence of universal testing, suspending travel to and from countries or regions with above average rates of infection seems a sensible precaution. —Eds