Some readers will have seen this page from 8 April on The Spinoff website which analyses an opinion poll on the subject conducted by pollsters Colmar Brunton.  The same questions were also asked in all the G7 countries — Canada, France, Germany, Italy, Japan, Great Britain, U.S. — and included questions about personal income and household finances.  Responses varied substantially.

According to polls the majority of the population approves of the government’s overall handling of the Covid-19 crisis. The go hard, go early approach seems to have worked with the restrictions and emphasis on testing, tracking and isolating. However, the country should have been testing at airports earlier instead of just handing out forms telling incoming travellers to self-diagnose; this may have reduced the case rate.

Nevertheless, the lockdown designed to ‘flatten the curve’ of infection has been successful and Covid Alert Level 3 comes on Tuesday. This will allow about half a million more people able to work, earn money and pay taxes.  As with the Level 4 lockdown rules, the government has been assailed on all side by groups saying they are too restrictive, from golfers to mall owners.

Were the Level 4 lockdown rules too tough?

The debate has raged over whether the economic damage could have been reduced by allowing more businesses to trade directly with the public such as butchers, bakers, bookshops and garden centres. Those with friends and family across the Tasman will be aware that you have been able to play golf in Queensland, go to the hairdresser in Sydney and buy coffee in Melbourne. Would similar less stringent measures in New Zealand have increased the spread of the virus?  Probably not.

There was also concern regarding the emphasis on over 70s, regardless of their health and fitness, staying home and not going shopping. How half a million people were supposed to get their supplies was not explained – and the ‘order online’ process quickly became over-subscribed.

A plea for the oldies

Older people are the most likely to live alone and therefore in a solo bubble, most likely not to have employment and therefore probably less of a sense of social relevance, belonging and respect. They are most likely to have unattended mental health issues, and not all elderly people have loving families or a circle of close friends.

Old age also brings more health concerns (which I realise is related to your decision).  But mind body and soul are all one, and to separate them out and say because of physical limitations people must endure greater mental strain, is a grave mistake.  This will lead to misery for many people.

I am asking is that you consider giving everyone the same rules about their levels of containment if they do not have any symptoms of Covid-19.  By all means point out the increased vulnerability of older people if they do get infected.  But do not set different rules for them.  Allow them, while keeping to the general rules, to make a personal and informed choice about additional social distancing. Please don’t make the most isolated group of our society more vulnerable by increasing their isolation unnecessarily.

Readers may have noticed that the PM did not mention over 70s in the Monday announcement about reducing to Level 3. 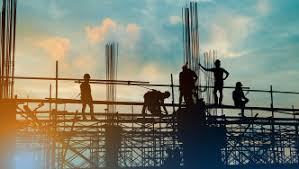 There seems to be general satisfaction about the changes happening next Tuesday. Industry, construction, forestry and other safe work environments can operate; you can swim, surf, tramp, play golf and tennis; and kids up to Level 10 can go back to school. The hospitality industry continues to be frustrated, however: cafés and restaurants can sell takeaways but only on a non-face-to-face basis. Unfortunately, mall owners can’t open all their retail outlets.

Many teachers and parents are very concerned about kids going back to school because of the the possible spread of the virus. However, for that to happen, children or staff with Covid-19 would have to be there. That is extremely unlikely as extensive testing up and down the country has shown that there is virtually no community transmission here. The health officials have assured the public that the risks are very low. However, all teachers could be tested as an additional safeguard.

Strict social distancing will go out the window, but if no-one has the virus going through the school gate, all should be well. Teachers, who have secure jobs, need to appreciate that hundreds of thousands of other people can’t return to work next week if they are unable send their kids to child care and school.

The government’s handling of the Coronavirus crisis has been resolute, but not faultless. However, the situation has been one the country hasn’t faced in the last 100 years. 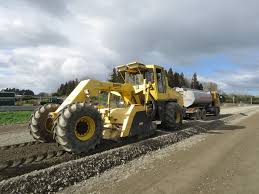 The emphasis must now move to recovery and Finance Minister Grant Robertson needs to come up with appropriate measures to ensure that there is steady progress, as the economy opens up and the country returns to some sort of normality.

1 thought on “on the government’s quarantine decisions”