We now have literally thousands of exotic species in this country … we can’t disinvite them. Nor can we wind the clock back to a romantic, pristine past —Ecologist Jamie Steer

The removal by the Greater Wellington Regional Council (GWRC) of some of the beautiful poplars and oaks on the north bank of the Waikanae River near the equestrian centre [see this post] was a waste of ratepayers’ money. And now more has been spent grinding down many of the stumps because they were sprouting new shoots. Is this a case of the  GWRC being obsessed with getting rid of exotic species wherever possible?*

Such actions bring into focus the realities of our national biodiversity which has been a combination of native and introduced species for over 200 years.

Need to be fair

Dr Jamie Steer enthusiastically supports the concept of accepting the present natives + invasives (exotics) mix in our environment. As he states in the quote above, we can’t go back and restore the ecosystem of pre-settlement days.

Hundreds of species of plants, insects, birds, fish and animals have been introduced since humans arrived, mostly by European settlers. Many of them didn’t survive, but those that did have often thrived in the new environment. Radiata pine — the lynchpin of our forestry industry and carbon sequestering — is a good example.

Dr Steer is adamant that we have a responsibility to all species that exist in our current biodiversity. It’s not fair to wipe some of them out after having introduced them and encouraged them! There is no place for “exotiphobia” in present day New Zealand.

Some people think that if we left nature alone, we would be overwhelmed by rats, stoats, ferrets, possums and weeds. This is nonsense. These invasives have been around in the country for over 170 years and haven’t wiped out native birds and trees.

The philosophy of “natives only” is misguided idealism and impossible to achieve – biodiversity is inclusive. It’s not- 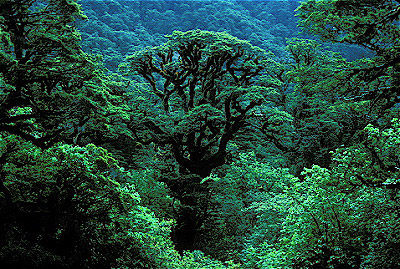 Over the centuries New Zealand environments such as forests and wetlands have changed as a result of many native species being wiped out and exotics being introduced. We can’t restore our biodiversity to what it was before human settlement. Many people feel that losses of native species are unacceptable, but in fact they are inevitable. Sadly because of the hunting and burning by early Pacific Island settlers, Moa, Haast’s Eagle and about 30 other bird species are gone for good. Another 18 have been wiped since European settlement began.

They were brought in against their will and as the Acclimatization Society records from earlier times show, many didn’t survive. As regards animals, sheep, cows, goats, horses and pigs thrived in the new environment, but wildebeest, mountain zebra and Tibetan blue sheep didn’t adapt.

A great range of plants, birds, fish, insects and animals  have done very well, especially those that were introduced in huge numbers and protected, e.g. possums, bees, mallard ducks and radiata pine. They like it here! We can’t just walk away because we introduced them.

Biodiversity doesn’t distinguish between species that originated here and the immigrants. An example of complex interactions in nature is mature radiata pine plantations which are home to scores of native birds, grubs, beetles, frogs, geckos, lizards, flowers, ferns, mosses and fungi.

The pre-occupation in New Zealand with natives v introduced, especially in conservation circles, makes no sense.

Warriors for the environment?

Dr Steer is very critical of the emotive, militarist language used by the eco-purists.

The desire to kill things we don’t like is abhorrent and has aroused criticism around the world. There is a serious ethical question here: are we against life? The implications of the warlike approach on living things are damaging. In many ways this viewpoint glamorises getting rid of so-called pests and it is often a case of the needs justifying the ends.

The reality of the natural world is that introduced species challenge the natives, or interact with them, and that has been the case since settlement began. Things change in the wider ecosystem whether we like or not, but ultimately nature achieves a balance.

We need more scientific investigations on many species. Invertebrates and bugs are not attractive, and there are few in-depth research studies about them. Birds however have plenty of appeal. 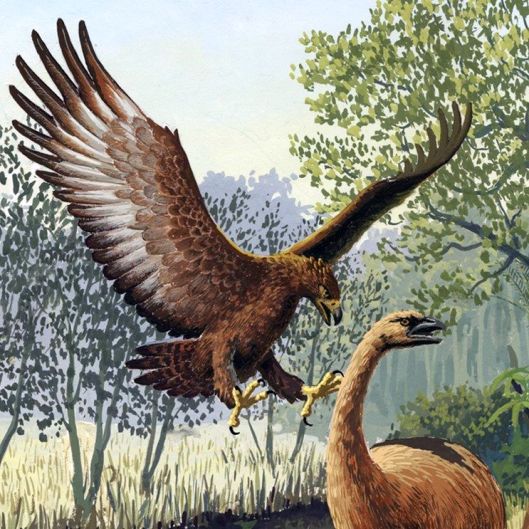 Our bird life is put on a pedestal – the big flying things are fluffy and popular. Birds are vital for our tourist trade and are very useful in selling the country to overseas visitors. The names of birds (and trees) are also popular as

Only native trees can contribute to the biodiversity of our land, speak to our cultural and spiritual values and create the iconic nature scenes that draw locals and tourists to our scenic places. —Adele Fitzpatrick, Trees That Count 2018

Not only are there advocates for wiping out introduced species, some people are obsessed even about growing natives in areas where they are not endemic. In 2017 a zealous group was intent on seeing pohutukawa trees removed from the Wellington-Kapiti area. Local people will recall that a few years ago council officers pulled out some Waikanae riverbank planting of natives because the species were not endemic to the area!

Such an approach is deeply hypocritical and there is a clear need for moderation.

We need to look after them all.

*An Official Information request for their reasons has been sent to the GWRC.

2 thoughts on “GWRC “Exotiphobia” in Waikanae?”