All human beings are born free and equal in dignity and rights. —United Nations Declaration of Human Rights, Article 1

No place for special treatment

In central and local government there is no justification for treating Maori, or any other ethnic group, as special and worthy of separate representation. As a democratic nation, which has signed up to the Declaration of Human Rights, we are in breach of that important document if we allocate special political places on the basis of ethnicity.

However, there are currently seven parliamentary seats set aside for Maori, and voters from the group can chose between the general roll and the Maori roll. This is a clear repudiation of Article 1 and is a classic case of some citizens being more equal than others.

All New Zealanders, regardless of their origins, have rights, needs and interests which are largely the same. Everyone has the same access to central and local government services, provisions and benefits regardless of whether they are Indian, Tongan, South African, Irish, or part of any other group of New Zealanders. So in electing those who will govern at the local, regional or national level, the same principle of equality should apply, as spelled out in Article 21 of the UN Declaration:

The will of the people shall be the basis of the authority of government; this will shall be expressed in periodic and genuine elections which shall be by universal and equal suffrage and shall be held by secret vote or by equivalent free voting procedures. 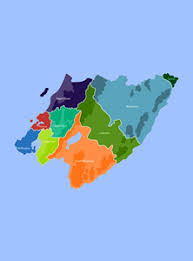 At its September 24 meeting the Greater Wellington Regional Council (GWRC) will discuss the possibility of a special Maori seat on the local body to take effect after the 2022 election.

Last month the South Wairarapa District Council turned down the concept of a special Maori ward and polls in New Plymouth and Palmerston North a few years ago rejected the idea by over 75%.

Surely the GWRC has more important work to do than fly a kite for more political separatism? There is no justification for such an undemocratic move, as part-Maori people have the same access to the Regional Council’s services as anyone else, and can make representations and submissions on issues of interest such as environmental protection, in the same way that other people can.

The GWRC should get on with the business of environment management, flood protection and land management, provision of regional parks, public transport planning and funding, and metropolitan water supply. There is nothing in this list of important functions that is different for Maori people compared with other citizens.

4 thoughts on “Special ethnic representation on elected bodies is undemocratic ”