More than a thousand of our supporters took the time to write to NZME regarding their U-turn on running advertisements featuring the definition of the word ‘woman’. 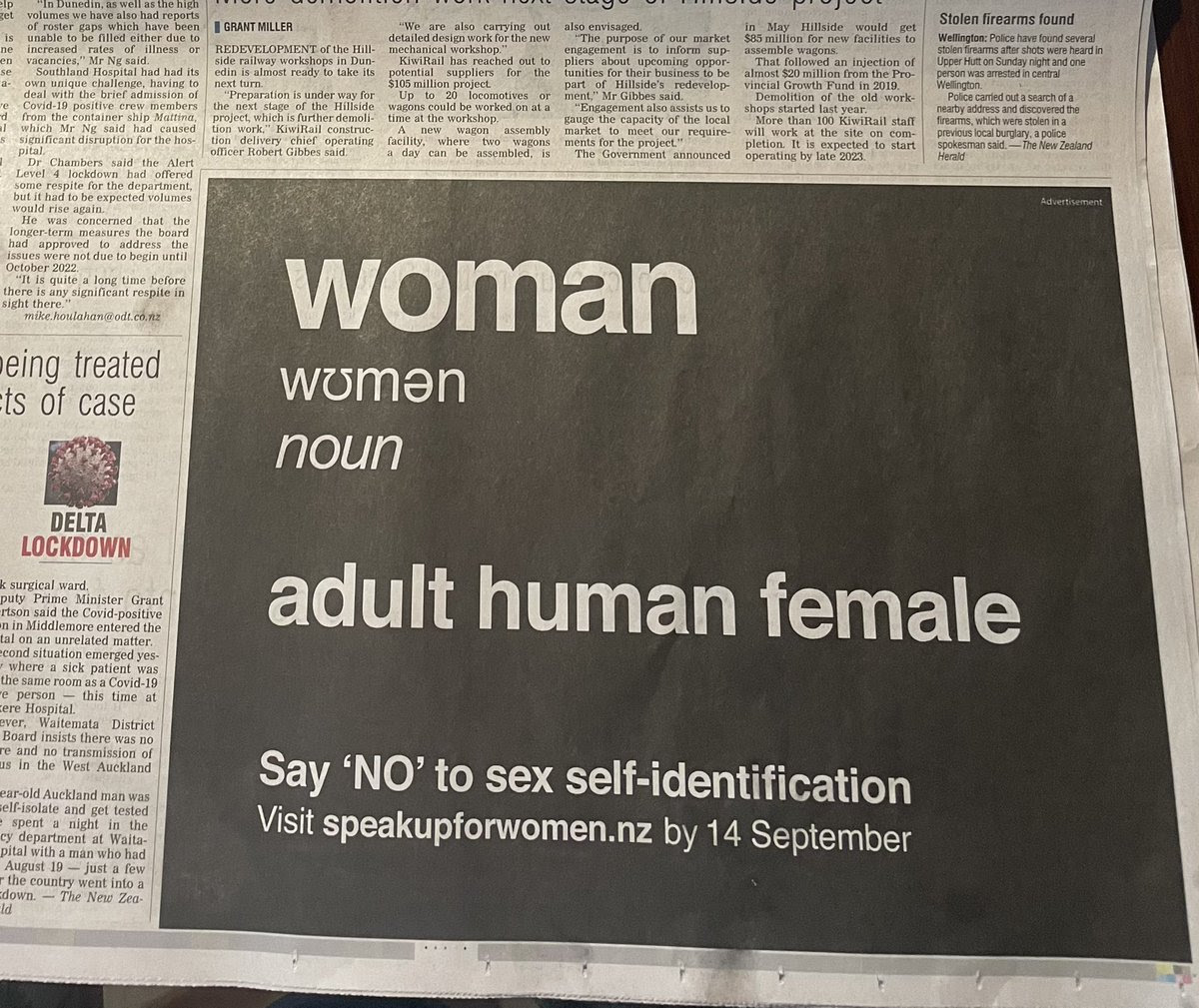 Of course, private media institutions aren’t legally required to uphold freedom of expression like public venues, but that doesn’t mean we shouldn’t use our voices as consumers to implore them to uphold free speech values when they exercise so much practical power over the free exchange of ideas in our society. We are continuing to speak to the Herald about this incident to ensure that they maintain free speech as New Zealand’s largest newspaper.

To those who helped – thanks again.

We’ve been spending some time getting our heads around codes of conduct that allow majorities on our elected councils to silence minority or opposition voices.

Democracy depends on robust discussion. It is very difficult to hold those in power to account if criticising them is a code of ethics breach… In fact, in our opinion, the attempted gagging/restriction on councillors is unlawful. See here

We reminded them that Councillors are elected to be the voices of the people in the corridors of power – not spin doctors for the Council. The voting public have a right to know how decisions are made in their community, not simply what decisions are ultimately made.

I’m pleased to tell you that the Council has accepted our arguments – with the CEO writing back to us reaffirming the Council’s commitment to freedom of expression and informing us that the Council is looking to have the clause removed before the end of the year.

Last week, I submitted to the Justice Select Committee on the free speech concerns we have about the Conversion Practices Prohibition Legislation Bill. There are strongly held opinions on both sides of this debate and the Union doesn’t take stances on the substance of issues such as this. Our concern is the way this law could limit open discussion and suppress the sharing of genuine opinions.

This is a complex area, one where other countries have gone ahead of us. We hosted a panel of Australian experts who commented on the laws which have passed across the Tasman, and heard their perspectives on this Bill.

More than 100,000 Kiwis submitted on this Bill, almost three times as many as any other piece of legislation. From a free speech perspective, this is fantastic news, where a variety of opinions on this subject have been shared and heard.

Last week, our very own Stephen Franks sat down with Nadine Strossen, prominent academic and former president of the ACLU, for our second members-only SpeakEasy. Nadine addressed the current threats to New Zealanders’ freedom of expression, including the proposed hate speech laws, and spoke more broadly on the importance of free speech as a bedrock of other civil liberties.

For those who missed out, you can now catch the full interview on our podcast, or alternatively, head over to our Facebook page to watch the video recording in full. The “SpeakEasy” Q&A from our members has been edited out, as per our usual approach to these private conversations.

Is name suppression for criminals and the accused a free speech issue? 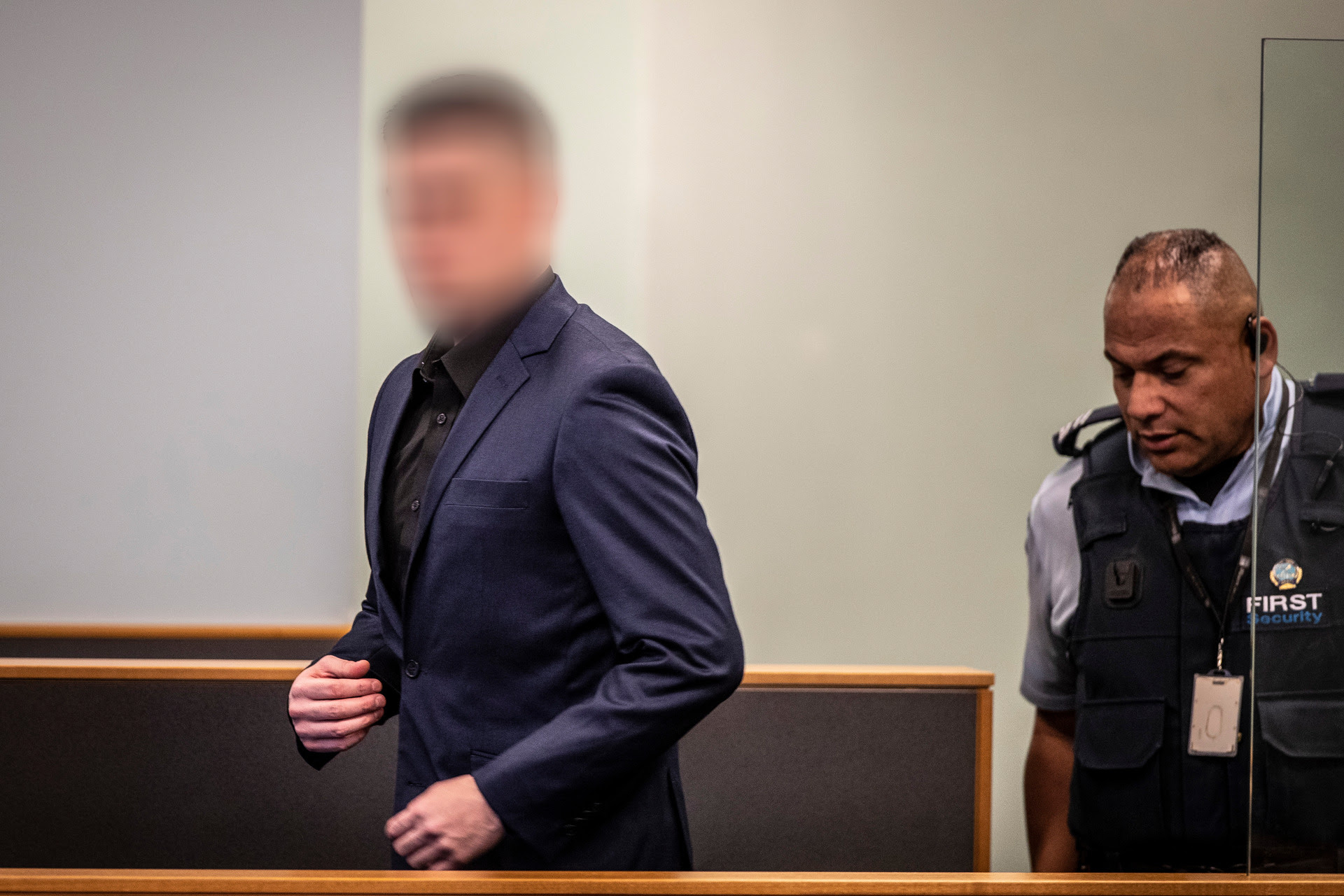 Our next Facebook Live event will be on Monday at 7pm with three prominent lawyers, Stephen Franks, Graeme Edgeler, and Daniel Kalderimis on name suppression and its relationship with free speech. Make sure you hit “like” on our Facebook page to get the notification.

This week on the Free Speech Union podcast, our spokesperson Rachel Poulain speaks with University of Auckland economist Prof. Ananish Chaudhuri about the importance of free speech and the troubling lack of criticism from the media and the Opposition, to the mounting examples of Government overreach we’ve seen throughout the pandemic response. A thought-provoking interview with a world-renowned mind! His Book ‘Nudged into Lockdown? Behavioural economics, Uncertainty and Covid-19’ is out soon, but you can listen to the podcast now.

I also had the chance to sit down with Simon Bridges to talk about free speech, culture wars and his new memoir National Identity.

Alternatively, you can search for us on Spotify, Apple, or wherever good podcasts are found by entering ‘Free Speech Union’. Make sure you’re staying up to date with the rest of our work and other content we are releasing by liking our Facebook page.