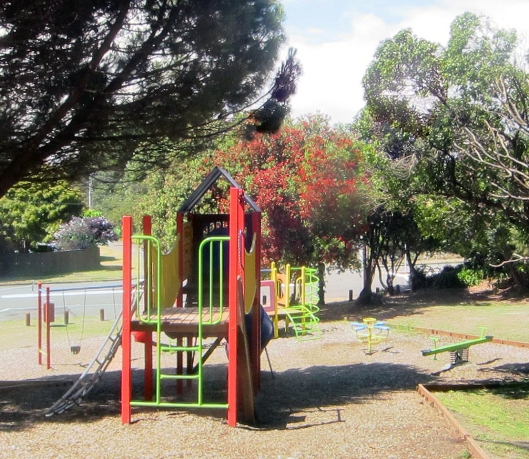 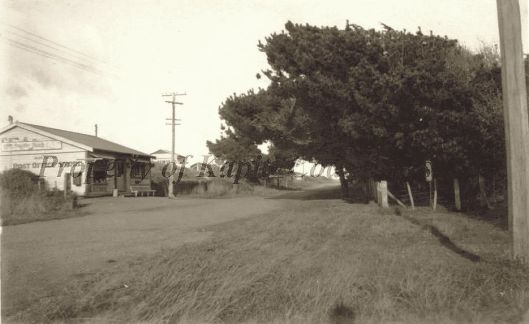 Another photo on the Kapiti Coast Museum website which looks south along Tutere Street at the intersection with Rauparaha Street, pretty much the opposite way to the earlier post.  The macrocarpa trees have long been a feature of the beach domain in this area, but have necessarily been reduced in density in recent times. 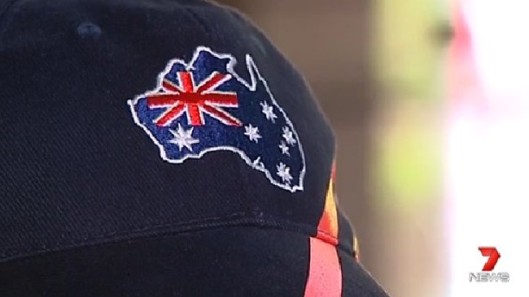 One of Australia’s biggest retailers, grocery giant Woolworths, has come under fire for selling Australia Day merchandise featuring a map of Australia with one critical omission — they left out Tasmania.

Caps featuring a flag-filled outline of the country, minus the most southern state, hit the shelves ahead of Australia Day next week.

It’s not the first time either:  In 2014, swimmers competing in the Commonwealth Games were sent into the pool with swimsuits stamped with a Tasmania-free Australia. Tasmania also disappeared from Olympic medals and posters for Baz Luhrmann’s movie Australia. 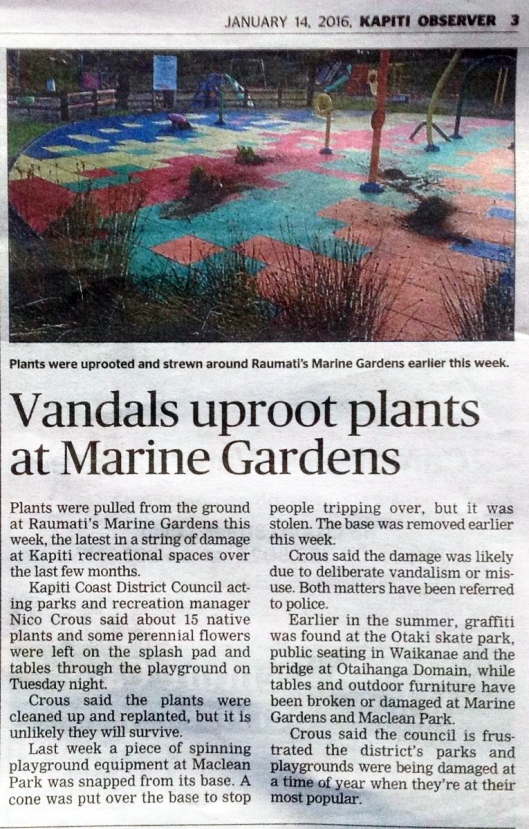 We gather the public seating in Waikanae mentioned was the Friendship Seat in Mahara Place which the Destination Waikanae blog mentioned recently.

This was one of the issues that we campaigned on in last year’s by-elections and in our Long Term Plan submission, proposing that security cameras should be placed in key areas, Mahara Place being one of them.  But has anything been done since? 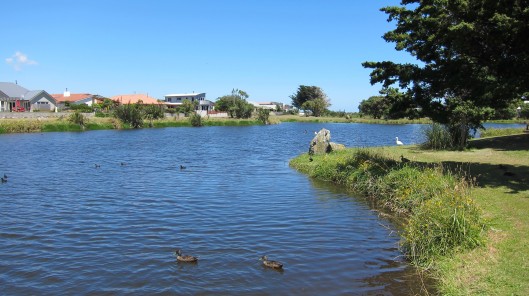 Today marks our 10th anniversary of living in the town (a relative had moved here a year earlier).  We wanted quietness, beautiful surroundings and a better climate than Wellington and we got that.

As the saying goes, you don’t get your cake and eat it though, and there have been a few minuses — from day one we discovered copious ants were a problem and not just for us, within a few months we learned about the big planned Waikanae North subdivision at the corner of our street, and we discovered the downside of a having an awful large property renting business a.k.a. retirement village next to us.

But you cope with the minuses if the pluses well outweigh them, and the photos we’ve put on here should make clear the pluses! 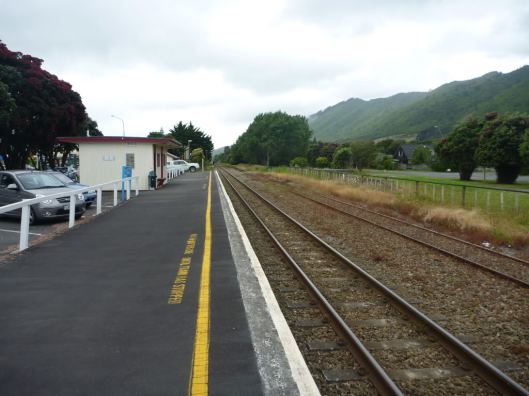 It’s rather different now.  A pic from the Better Transport blog. 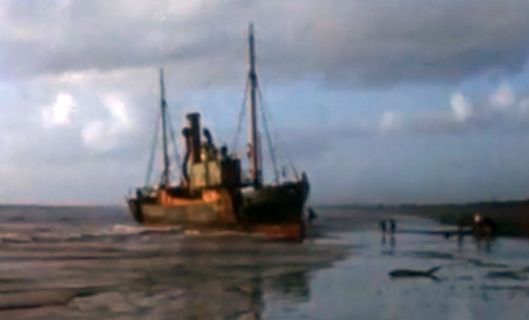 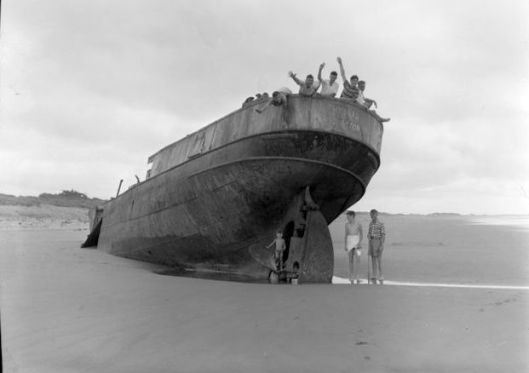 According to a report on archaeological sites prepared for the GWRC in 2013 (here, pdf):

“The Phyllis (No. 132426) was a single screw steel hull steam trawler of 158 tons (65 tons net register), of dimensions 96.1 ft. length, 19.5 ft. beam, and 10 ft. depth. It was built as the Star III for the Alaskan Star Whaling Company, of Seattle, and subsequently purchased by the Rosshavet A/S. Sandefjord, Norway and operated as part of a whaling fleet in the Ross Dependency, based at Stewart Island. At the time of wrecking the vessel was owned by Cook Strait Fisheries Ltd. The wreck is largely buried in the sand and only a small portion of the boiler is currently visible. The lower portion of the hull is likely to be preserved beneath the sand.” 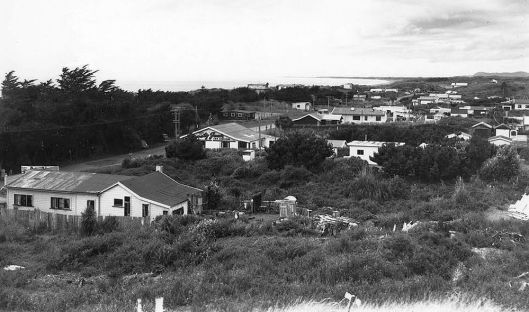 Looking north, maybe from a vantage point on Rangihiroa Street, with the then store selling Frosty Jack ice-cream centre left.  This is now the Front Room Café. 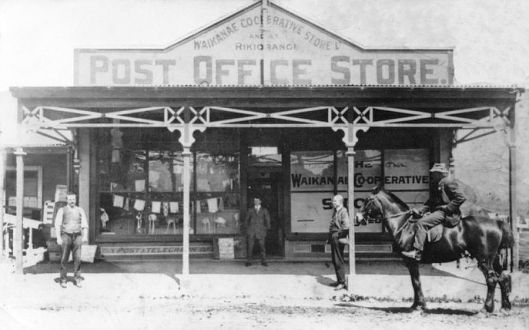 This was on the south side of what is now Elizabeth Street, about where the dairy is. A dedicated post office was built a few years later (see earlier post).  The street leading east from the level crossing was originally named Rikorangi and later renamed Elizabeth Street while the name was retained for the then rural part, but respelled as Reikorangi. 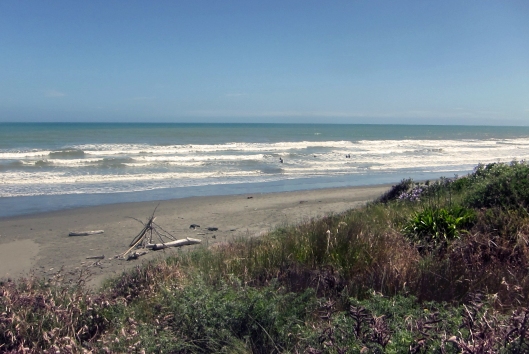 It was begun to accompany last year’s election campaign for Waikanae ward councilor following the death of Tony Lloyd, but the intention was also to provide a non-commercial magazine for Waikanae people — a mix of issues, history and just pretty pictures.  Posts now total 370. It is still growing in popularity, with just over 1,000 visitors to date and over 4,000 views, most by locals but some from further afield including other countries.

As Google has been encrypting search terms since 2013, we don’t know directly what visitors have been searching for, but can tell from posts visited that the pending Expressway and development opportunities because of it in the 1 km distance between it and the beach is by far the biggest interest.