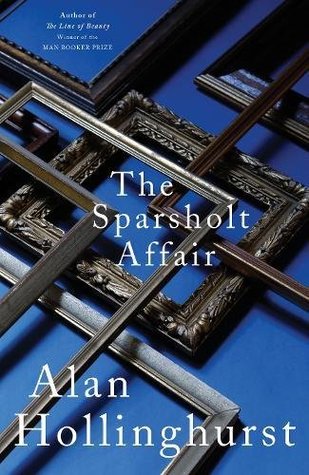 To Johnny, the hunger for a ‘society’ wedding was a mystery, people of all ages decked  up in beaming submission and acclaim of a union between two young people they barely knew, everyone in disguise, though something loutish broke out now and then among the ushers and the uncles. Alan Hollinghurst, page 453

Alan Hollinghurst’s latest book begins in 1940 during the blitz, when a new man – David Sparsholt — arrives at Oxford University. It ends with his grand-daughter Lucy preparing to  get married in 2012.

Once again, the author shows his wonderful skills in–

The Sparsholt Affair covers three generations and each of the five chronological sections jumps a few years, so the reader needs to be awake to sort out what has happened in between time.

Different parts of the story are recounted from the point of view of a range of characters such as Freddie Green, a student in wartime Oxford and Lucy, a seven year old in modern London. However, the principal storyteller is David Sparsholt’s artist son, Johnny.

But what was the “affair?” With the deft skill of a master teller of tales, Hollinghurst is parsimonious in dropping hints as to what it was throughout the 450+ exhilarating pages. It’s definitely worth hanging in there to assemble the clues!

One of the world’s great novelists

As in all his novels, Sparsholt has a gay theme, but this should not put anyone off. Hollinghurst is an outstanding writer by any standards and weaves wonderful stories with fascinating characters, both gay and heterosexual, and vivid descriptions of the settings they move through.

There are exquisite observations of people, places and rituals, laced with occasional humour, cynicism and irony. In the words of The Observer, he is a great English stylist in full maturity.