It was a perfect day, cool, cloudless sky, bright sun, as we walked into the stadium, our first World Cup final but sadly not featuring the All Blacks. We did not want that to spoil what promised so much – two very strong teams in excellent form and both wanting to win this match. 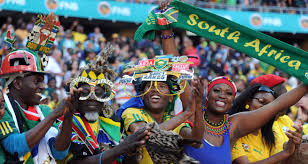 It was still three hours to kick-off but even then it was obvious that England fans were in the majority, their costumes and singing lighting up the stadium but I do have one request: please learn another song because Swing Low really starts to cloy after the first hour! The best part was watching the interaction between fans, Springboks and English all in good humour as they talked up their teams’ chances. It was entertaining to be part of this occasion as a neutral, really just wanting the match to be worthy of a World Cup final.

England peaked a week too soon

The two English lads sitting next to me booked their flights and stadium seats 10 minutes after the semi-final against New Zealand ended and had four nights in Japan, two nights either side of the match. Full of hope for their side after they dominated the All Blacks but worried that England may have peaked one week too early.

And that was the story of the match. The Boks slowly but surely drained the life out of England through magnificent defence and sustained power in the forwards. 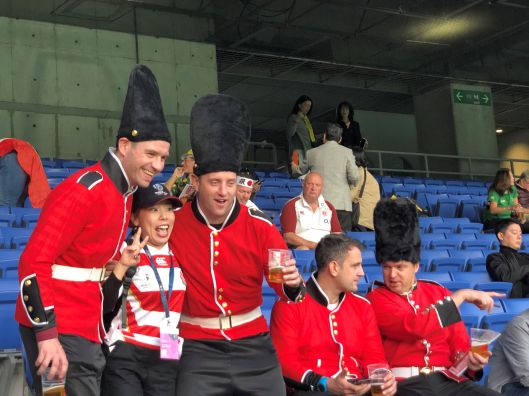 This was the reverse of the semi-final, with one side dominant in pretty much all aspects. My new-found English friends spent most of the match in a state of disbelief and their parting words were “Well, now we know how you felt last week.” I hope they had a safe flight home.

I suppose one benefit of the Boks’ dominance was that renditions of Swing Low rapidly lost their energy and it was hardly heard in the second half.

Quick forward to Sunday morning and sitting in an outdoor café in central Tokyo with half a dozen fans, a mixture of South Africans, English, and Kiwi. The South African fans did not agree with my suggestion that because we had beaten them in the first pool match, we should share the Webb Ellis Cup for this tournament. Ah, well, you can’t say I didn’t try.