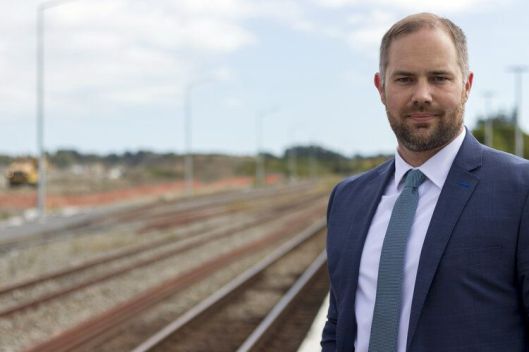 Transmission Gully and the expressway projects between Mackays Crossing and Levin are quite literally driving a doubling of population growth in Kāpiti and Horowhenua. To meet this growth, especially with increasing numbers of daily commuters heading into Wellington City, it’s vital that fast, frequent, and climate friendly commuter rail services are extended to keep up with demand.

The case for commuter rail

Between 2013 and 2018 nearly 10,000 more people moved to the Kāpiti Coast and Horowhenua, more than doubling the previous growth rates for the region. This growth helped contribute to a more than 7 percent increase in morning peak commuter rail growth on the Kāpiti train line in 2019. This growth has largely been driven by people from Wellington, Porirua, and the Hutt Valley seeking relatively more affordable housing, infrastructure projects like Transmission Gully and the expressways improving north-south connectivity, and the irresistible lure of our fantastic relaxed beach and rural lifestyles and naturally better climate.

As a result of this growth, our roads are at bursting point every rush hour. Friday nights and holiday periods are particularly bad, while morning peak hour trains are frequently full from Paekākāriki forcing people to stand for nearly an hour into Wellington. The opening of Transmission Gully and Peka Peka to Ōtaki will alleviate some of these issues temporarily as commuters experiment with driving into Wellington again, but the reprieve will be short-lived as increasing congestion in Wellington City and a lack of carparking will see commuters return to commuter trains once more.

The completion of Transmission Gully in particular will remove the final barrier that held back many from considering relocating north – the old and vulnerable coastal section of State Highway 1 between Pukerua Bay and Paekākāriki – and as a result we can expect to see the current high rates of population growth continue. Likewise, the recently announced funding of the Ōtaki to north of Levin expressway will open up Horowhenua as it nears completion in 2029.

This isn’t just about the Kāpiti Coast and Horowhenua either. With Palmerston North and Manawatu growing strongly too, the campaign has a plan right up to 2050 that will enable high speed rail services between Wellington and Palmerston North.

We can’t keep adding roads, especially as we look for ways to lower our fossil fuel emissions to combat climate change. That’s why we need the Government and our regional councils to live up to their rhetoric and demonstrate their vision and ambition by committing to make significant investments in improving commuter rail services and the rail network in Kāpiti and Horowhenua.

You may wonder why the timeline starts in 2025 rather than 2021 or 2022, but the fact is that a few years is required for a contract for new trains to be awarded and their arrival.

1 thought on “campaign for fast, frequent, and climate friendly commuter rail for Kāpiti and Horowhenua by Cr Gwynn Compton”