There’s obviously a place for them in social history, but science? Good grief. This is a letter by Richard Dawkins to NZ’s half-witted Royal Society and he asks that it be shared. 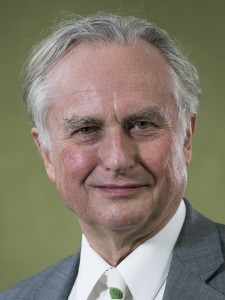 I have read Jerry Coyne’s long, detailed and fair-minded critique of the ludicrous move to incorporate Maori “ways of knowing” into science curricula in New Zealand, and the frankly appalling failure of the Royal Society of New Zealand to stand up for science – which is, after all, what your Society exists to do.

The world is full of thousands of creation myths and other colourful legends, any of which might be taught alongside Maori myths. Why choose Maori myths? For no better reason than that Maoris arrived in New Zealand a few centuries before Europeans. That would be a good reason to teach Maori mythology in anthropology classes. Arguably there’s even better reason for Australian schools to teach the myths of their indigenous peoples, who arrived tens of thousands of years before Europeans. Or for British schools to teach Celtic myths. Or Anglo-Saxon myths. But no indigenous myths from anywhere in the world, no matter how poetic or hauntingly beautiful, belong in science classes. Science classes are emphatically not the right place to teach scientific falsehoods alongside true science. Creationism is still bollocks even it is indigenous bollocks.

The Royal Society of New Zealand, like the Royal Society of which I have the honour to be a Fellow, is supposed to stand for science. Not “Western” science, not “European” science, not “White” science, not “Colonialist” science. Just science. Science is science is science, and it doesn’t matter who does it, or where, or what “tradition” they may have been brought up in. True science is evidence-based not tradition-based; it incorporates safeguards such as peer review, repeated experimental testing of hypotheses, double-blind trials, instruments to supplement and validate fallible senses etc. True science works: lands spacecraft on comets, develops vaccines against plagues, predicts eclipses to the nearest second, reconstructs the lives of extinct species such as the tragically destroyed Moas.

3 thoughts on “Richard Dawkins: Myths do not belong in science classes”