Here is an example of a private company going over the top in reaction to radical Leftist objection to someone’s opinion expressed on Social Media. We saw this last year with Lee Williams, then of Christchurch. While we don’t agree with the opinion expressed in this case, the issue is whether someone should be allowed to be treated this way for expressing it. A good test case is coming.

Last month, after posting a comment on Facebook, a Bluebird Sales Manager, Evelyn, was fired from her role. Bluebird publically accused her of racism and announced she had been “removed” from her job.  The comment was made by Evelyn in her own time, in a purely personal capacity, with no reference to her job or her employer.

What was this grievous post? In response to Whittaker’s Chocolate releasing their Miraka Kirimi (Milk Chocolate) block celebrating Māori Language Week, she posted this (I’m sure you understand why she wants her last name hidden, given the pressure she’s already under): 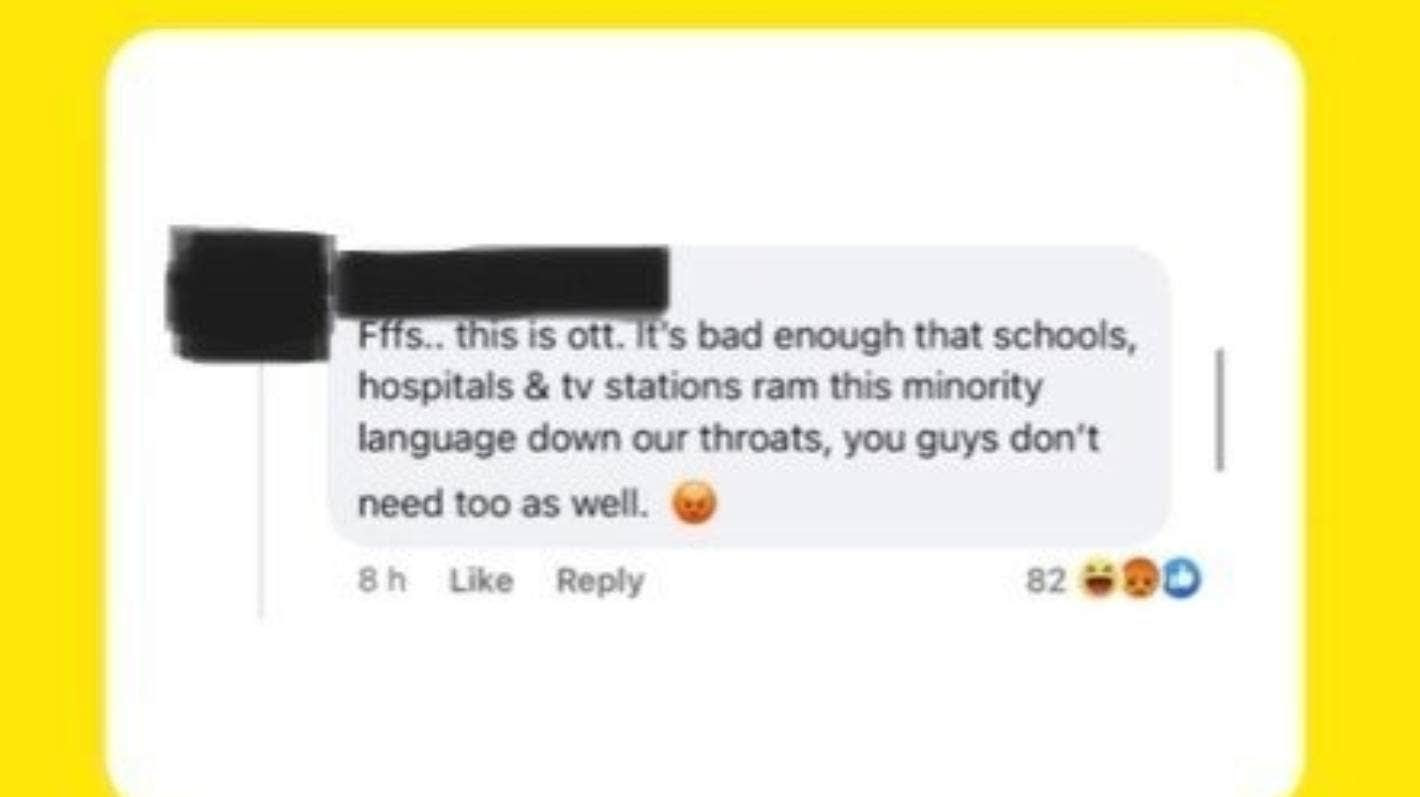 While we wouldn’t know it from the way the word is thrown around so trivially, to accuse some of racism is actually very serious.

Evelyn is not racist against Māori (or against any other race). Where she grew up in Northland, she comfortably did daily life with Māori. Her views about te reo may or may not be shared by other Kiwis, but that is not the same as racism.

This is a common tactic by those who want to silence others they disagree with. Rather than addressing their arguments, or disputing their claims, they attack the person. Name-calling and accusations lobbed at their opponents suit these would-be-censors better than any reasoned debate. This is “cancel culture” at its worst.

In an expletive-laden post on Tiktok, a self-proclaimed social media influencer — https://www.tiktok.com/@iamsiiam?l — responded to Evelyn’s comments, who he calls ‘this hussy’ claiming ‘I am not a violent person, but some of these people need to be pissed on…’

This was the same Tiktok user who Bluebird responded to within a day of Evelyn posting, confirming they had removed her from her duties and were ‘investigating’ the situation.

The ‘investigation’ only lasted two days.  I say ‘investigation’ because, up until the last 2 hours, they did this without consulting Evelyn, hearing her perspective, discussing with her why she made the post or what she meant, or referencing a code of conduct she had supposedly broken. [It probably consisted of an e-mail to their NZ lawyers asking if they could fire someone because of Leftist complaints. —Eds] At this meeting, before Evelyn had a chance to give her side, she was told she was going to be “held to account”.  She was fired a few hours after the meeting.

Later in the week, the self-proclaimed social media influencer that Bluebird engaged with began to post about Evelyn’s teenage daughter, trying to drag Evelyn’s family into the controversy.

We can’t let this kind of bullying stand. We’re pushing back. Would you push back with us? Just $50 would make a big difference to our ability to help her.

Allow me to make this clear. The issue is not whether Whittaker’s is allowed to advertise in te reo; of course they can. This isn’t about whether te reo is being pushed on people, or whether public outlets should use it; it’s an official language.

This is about one thing: whether an employer should be able to dismiss an employee for a personal opinion expressed outside of work. This isn’t about Evelyn’s particular speech, it’s about the fact that she has the right to express her opinion on this issue, or any other, without having to bear in mind the orthodoxies of censorious critics.

The lawyer we approached to help represent Evelyn keeps this front and center: ‘New Zealanders are entitled to exercise the right to free speech. This is true even if that involves expressing an opinion that is controversial, and if even the person who expressed the opinion later changes their view.’

That is why we are supporting Evelyn in taking a personal grievance against Bluebird, challenging these censorious actions. Unfortunately, it costs thousands of dollars to challenge decisions like this.

Traditional trade unions succeeded in fighting for employees’ rights to an 8-hour work day, showing that an employer doesn’t have the right to demand an employee’s entire day. But today, when employees are being dismissed for personal opinions, these unions are nowhere to be seen.

The Free Speech Union only exists because our tens of thousands of supporters like you believe with us that free speech is worth fighting for, worth investing in.

We’ve stood for the censored before and won. With your help, we’ll help Evelyn win too.

3 thoughts on “from the Free Speech Union: more ‘cancel culture’ in action”