As we move into the final days of the election campaign, Guy Burns, Raumati-Paekakariki Ward candidate, is reminding residents to vote and post their voting papers well before polling day on 8 October.

“Only 51% of people voted in Kapiti at the last Council elections, which means many people don’t think that their vote matters — but it does, and everyone can help shape the future direction of Council,” Mr Burns said today. “We are lucky to have the right to choose our local representatives and I urge everyone to make use of their vote.

“At the same time, I would like to thank those who have supported me in my stance regarding keeping costs down for ratepayers. Costs are a huge issue, particularly for those on fixed incomes who are struggling to pay their rates.

“I wish all candidates luck in the final stages of the campaign, but most of all I am asking people to get their ballot papers and vote — put the envelope in any posting box.” 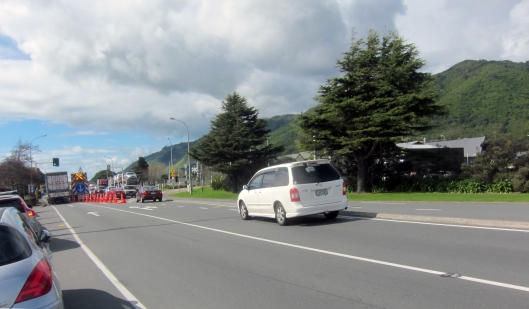 Today on SH1 in the Waikanae town centre the northbound centre lane by the traffic lights for Elizabeth Street was blocked by machinery working in it.

Wouldn’t it be great, we thought, if it had been starting work on digging trenches for a traffic underpass to the other side of the railway line?

In fact about where the white car is in the centre of the pic is where the ramp down to the lowest point of the underpass will need to start. The lane for straight through traffic would remain the one nearest the camera.

Will it ever happen?  Not if Michael Scott is re-elected, that’s for sure.

An issue, which has been raised at a number of candidate meetings, is the status of the Environment Court challenge to the Council’s Proposed District Plan (the PDP).

Coastal Ratepayers United (CRU), the group which was instrumental in getting the infamous coastal hazard lines removed from the PDP, has asked the Environment Court to declare that the Council acted in breach of the Resource Management Act in withdrawing provisions without specifying what was to replace them.  The CRU application is currently awaiting a Court hearing.

CRU was instrumental in persuading the Council to independently review the PDP.  Following these reviews in mid 2014 the Council decided to accept the review panels’ recommendations.  It formally resolved to do 3 things:

1.   Withdraw the coastal hazard provisions from the PDP

2.  Notify a variation to the PDP to introduce interim coastal provisions

3.  Collaborate with interested groups to develop long term agreed solutions to coastal planning – this was to be the coastal advisory group ‘CAG’ which would oversee a number of technical advisory groups TAGs

This is what Council told CRU and the rest of the community it would do.

But by early 2016 Council had done only the first of these things – withdraw the provisions and it became clear that Council had no intention of doing the last two of these things.  Council has never offered any explanation for this – it simply changed its mind without even the courtesy of a conversation.

CRU Chairman, Paul Dunmore, says “CRU was left with no option but to go to Court once it became clear that Council was not going to honour all the commitments it made in 2014”.

CRU is trying to protect the interests of all coastal property owners who will be affected by the new PDP and the as yet unknown existing provisions.  The Council has been unable to give a coherent explanation of what it is doing, what the legal basis for it is, and how it will affect people in the coastal area.

Council is determined to push through new rules that it does not fully understand itself.  When Council withdrew the PDP coastal provisions in 2014 it nullified 444 submissions on these provisions, many/most of them from CRU members.

All these people lost their right to have a say on the existing provisions that will take their place.  If the Council had kept its 2014 promise of notifying a variation identifying these provisions then these people and others could have made submissions.

Mr Dunmore stated, “What we are facing now is a confusing mix of provisions of very doubtful legality that even the Council can’t properly explain.  Having fought for 4 years to protect our members from proposals based on bad science and bad law we are not prepared to let this situation continue. It is time for Council to keep its word, follow the expert advice it accepted in 2014, act with its community not against it, allow submissions on coastal provisions, and stop wasting our money on lawyers and consultants who think they know better than the people who live here.”

Travelling south we noticed the scaffolding on the Waikanae River railway bridge with someone dealing with the mess — which is due to Norma McCallum urging the powers that be at KiwiRail (with the help of a “trenchantly worded e-mail” from Greater Wellington Councillor Nigel Wilson). Initially, KiwiRail said nothing could be done until the next routine maintenance round, whenever that might be.

As has been said before, tagging needs to be cleaned off promptly — leaving it in place only invites more. Call the KCDC and put in a service request straight away if you see it on council property.

If it appears on buildings, fences and walls around your property/business, a box of cleaning materials is available from the Waikanae Service Centre at the library and a bit of your own spare paint should make it undiscernible. You can buy test pots of paint at Mitre 10 Mega or Resene for $4 — if you tell them it’s for a community service, they might just waive that. Take a photo first to get a close colour match.

In the meantime let’s try and catch these little vandals so they can be dealt with. (Sue Lusk photo)

That’s the conclusion from a search for the salaries given to equivalent positions in First World countries.

The example of the City of Los Angeles is given above, where the City Administrative Officer gets $256,800 (about $NZ 350,000) a year. (The biggest salary in L.A. of $326,900 is actually paid to the General Manager of the city’s airports which include Los Angeles International or LAX and two regional airports at Van Nuys and Ontario, California.)

Remember that this is a city of nearly 4 million people within its boundaries, involves an annual budget of $8.8 billion and has to run departments like police and fire which aren’t applicable in Kapiti.   Put another way, the Chief Administrative Officer of Los Angeles costs each citizen there 7c a year, while Dougherty costs each citizen of Kapiti nearly $6.

What do you think of that, dear reader?  Exactly.

There was also a debate on Paekakariki 88.2 FM — website recording here.  (If you haven’t heard of that station before, you’re not alone!)

After the months of winter, the weather gets a bit warmer (if not dryer) — and there are Spring flowers about!  The streets around where we are are lined with prunus wild cherry trees and they blossom for about two weeks before the green leaves arrive.  Oddly the trees in the different streets blossom at different times, even though they are the same species. 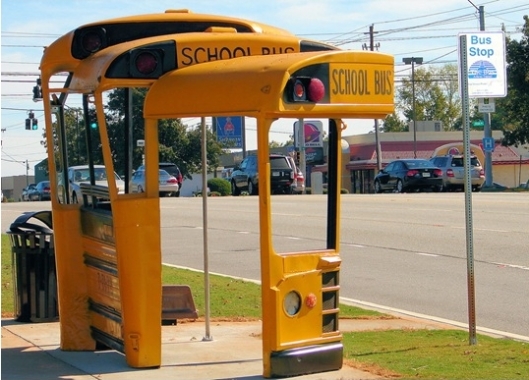 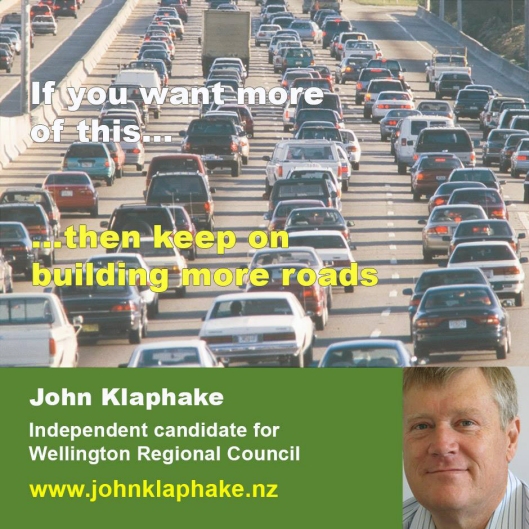 That’s what Chris Kearney, vice-president TomTom Asia Pacific, said three years ago during a visit to NZ. “Studies have shown over the years that building new motorways or freeways does not eliminate congestion.” The answer is managing the network better and public transport is a key part of it.  The TomTom website page on city traffic congestion is here.

That’s why we are unenthusiastic about extending the Kapiti Expressway past Peka Peka and agree with Nigel Wilson that the money would be better spent double tracking and electrifying the railway from Waikanae to Otaki.

John Klaphake is a guy who Geoffrey went to school with in the early 1970s; we wish him well.